A callous conman who duped complete strangers into giving him cash handouts by falsely claiming members of his family were either ill or dying has been jailed.

Gary Lyon, 50, tugged on the heartstrings of kind-hearted holidaymakers flying into Manchester Airport by falsely telling them he needed money to visit his seriously ill father in hospital.

One businessman taken in by Lyon’s sob story unwittingly handed over £20 while the following day an elderly woman of 67, flying in from Prague was conned into giving Lyon another £20.

The offences occurred just months after Lyon, of Wythenshawe, Manchester had been freed from jail over a similar scam in which he scrounged money by falsely claiming his 11-year old daughter had cancer and was lying gravely ill in Christie Hospital, of Manchester, ‘with tubes coming out of her arms.’

He claimed he needed money as he had run out of petrol on the way to see her in hospital. His daughter has in fact made a full recovery.

At Manchester Crown Court, Lyon, who admitted fraud by false representation, was jailed for 16 months by a judge who condemned him for his ‘wicked lies’.

The court heard the incidents occurred across two evenings in November 2017, when passengers were flying back into the UK.

Lyon claimed his father had suffered a heart attack and he needed to visit him in hospital.

Businessman Peter Cheung, 57, was told Lyon’s car had broken down and he needed money to buy fuel. Lyon promised to pay him back giving him his number to transfer the money but when the victim called later on, Lyon never answered.

The next day Lesley Berry, 69, was picked up at the arrivals hall by her husband, who had recently been discharged from hospital for respiratory problems. 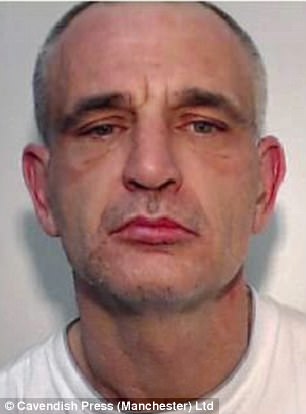 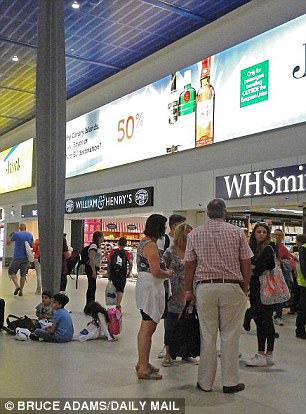 But as they were carrying her suitcases to the car, Lyon approached and offered to carry the bags. Mrs Berry politely refused and carried on walking but Lyon grabbed the suitcases and took them to the boot of their vehicle.

He then told the couple he wanted a ‘favour’ from them as he needed money to get to his father in hospital.

Lyon again promised he would pay the money back but when the woman refused to hand any cash over, he got aggressive and marched her to a nearby cash machine.

But he said this wasn’t enough and that he would get the rest from her husband who was waiting in the car. The woman ran after Lyon and he fled from the scene.

Police tracked down Lyon from the phone number he gave to the Mr Cheung.

Lyon later claimed he went to the airport for his birthday with his son and was embarrassed that he couldn’t afford to buy his son a drink – and as a result began asking people for money.

But the court heard he had 43 previous convictions and had also previously stolen from his 70-year-old disabled mother Anna to fund his ‘£50 per day’ cocaine habit. He was jailed for 18 months in 2015. 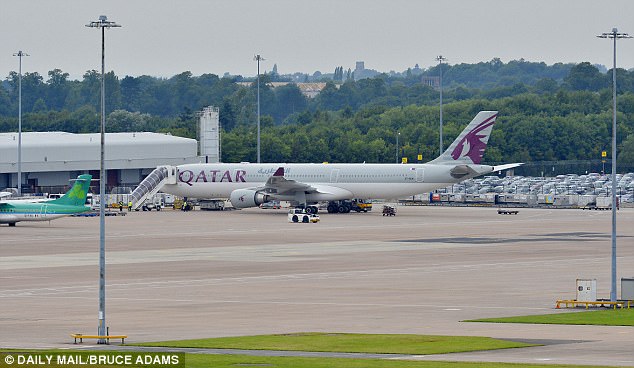 One businessman taken in by Lyon’s sob story unwittingly handed over £20 while the following day an elderly woman of 67, flying in from Prague was conned into giving Lyon another £20

In mitigation defence lawyer Thomas Mckail said: ‘He is ashamed at these offences but drugs have affected his life and he welcomes the opportunity to prove himself to all of those he let down.’

Sentencing Lyon on Friday 26 January, Judge Anthony Cross QC told him: ‘You were doing what you had done for a very long time – looking for victims. Our society is made richer by people like Peter Cheung and Leslie Berry yet they had the misfortune to meet you.

‘You have a very bad record and will not learn your lesson. You talk about your own disabled mother and how unhappy you were not being able to spend Christmas with her – but this is the same mother you defrauded in the past. Shame on you.’

After the case Det Con Alex Wild of Greater Manchester Police said: ‘Lyon preyed on the good nature of innocent people and took advantage of them, faking family illnesses, which no-one would wish on their loved ones.

‘It seems he was oblivious to the effect his offending was having on people but today I’m sure it’s explicitly clear to him that he is now where he is because of his own sickening actions.’