Manchester Airport railway station has been evacuated this morning after a suspicious package was found.

Passengers travelling to board flights were delayed and office workers ordered to leave their desks as armed police and explosives experts flooded the airport, which is to the south of the city.

Police say man was arrested at the scene as bomb squad officers investigate the package. 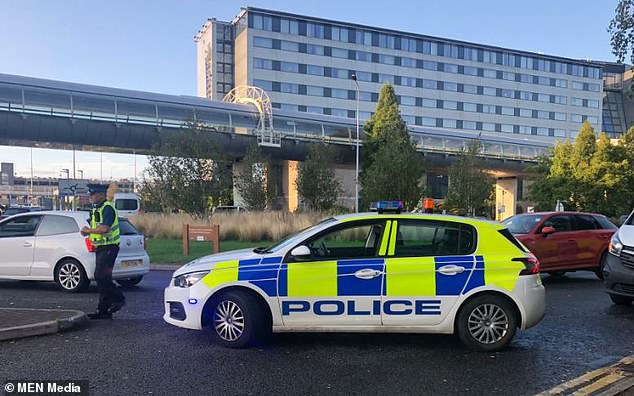 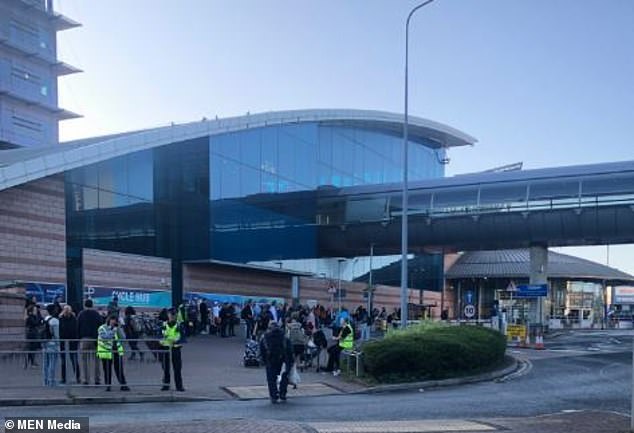 A local worker said: ‘There are police everywhere, lots of armed police and ambulances. There are lots of unmarked vehicles as well.

‘The train station is also an office building, nobody is being allowed into work. People are confused. They thought it was to do with Thomas Cook initially.’

A police spokesman said earlier: ‘Officers are currently responding to reports of a suspicious package at Manchester Airport transport interchange.

‘Further enquiries are being carried out and bomb disposal officers are on their way to assist with these enquiries.

‘A man has been detained by police at the scene. A cordon is in place at Manchester Airport transport interchange and people are encouraged to follow directions from officers.

‘Trams, trains and buses are currently suspended to and from the airport interchange. Thank you for your patience as we respond to this.’ 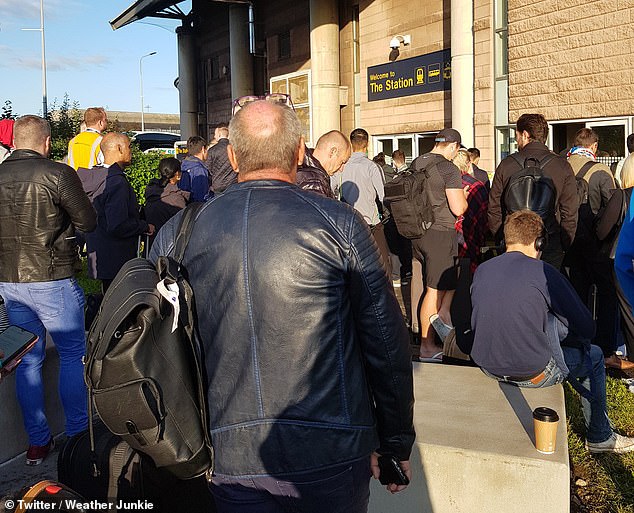 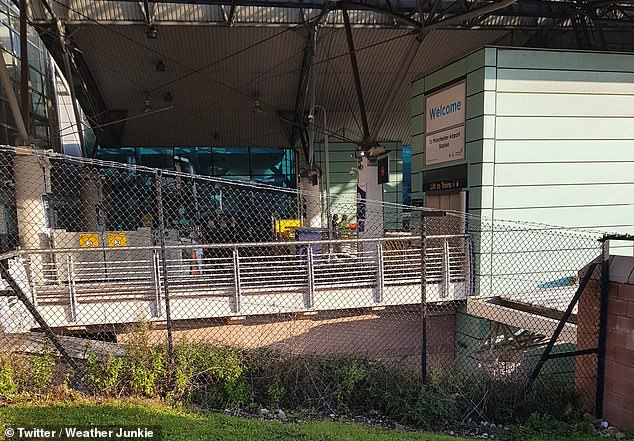 A spokesman for National Rail said: ‘The police are dealing with an incident at Manchester Airport, and this is causing disruption to trains at the station. Trains may be delayed by up to 30 minutes or cancelled until approximately 11:00.’

Flights have not been delayed by the ongoing incident but it is affecting bus and Metrolink tram services.

Stagecoach said bus services will be terminating at the Radisson Blu hotel, due to an area around the bus station being closed.

Metrolink services on the Manchester Airport line can only travel from Victoria to Wythenshawe town centre.