Saffie Roussos, eight, was among 22 people who died in the attack at Manchester Arena

The parents of the youngest person to die in the Manchester Arena terror attack have labelled the Government’s £11,000 compensation offer a ‘complete insult’.

Saffie Roussos, eight, was among 22 people who died in the attack at an Ariana Grande concert in May 2017.

Her parents Lisa and Andrew Roussos, from Leyland, Lancashire, who are launching a charity to help support families affected by terror attacks, said they felt let down by the Government.

Saffie was at the concert with her mother and sister, Ashlee Bromwich, when suicide bomber Salman Abedi, 22, detonated a device in the arena’s foyer.

Injured victims, or the families of those killed in the attack, could apply for compensation to the Criminal Injuries Compensation Authority (CICA), under the Government’s criminal injuries compensation scheme. 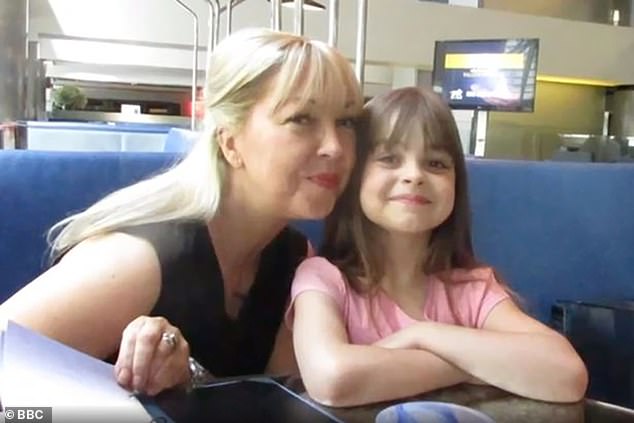 Lisa and Andrew Roussos, pictured at Saffie’s funeral at Manchester Cathedral in July 2017, are launching a charity to help support families affected by terror attacks

The couple said they felt ‘stuck in 2017’ and had struggled to come to terms with Saffie’s death following the bombing.

Mrs Roussos is taking part in part in the Great Manchester Run on Sunday to launch charity MCR 22 after overcoming injuries she suffered in the blast and learning to walk again.

She spent six weeks in a coma and only learned of Saffie’s death when she regained consciousness.

Describing the moment she woke up in hospital with her husband at her bedside, she said: ‘I can remember thinking: Why has he not mentioned Saffie?’ 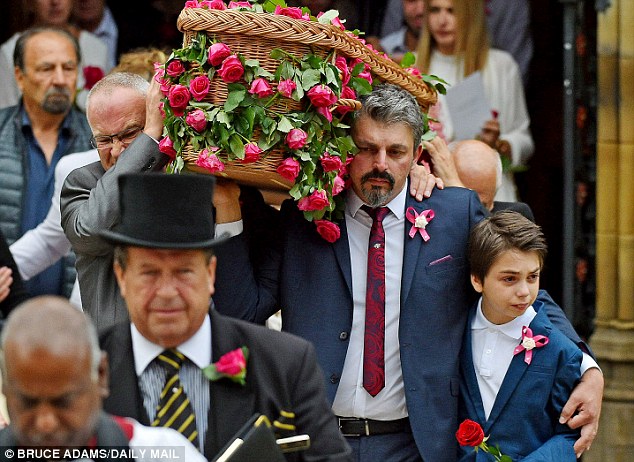 ‘And I knew. I just knew. I thought: ‘If I’m this badly hurt and she was a tiny eight-year-old then what chance would she have?’ I said ‘she’s gone, isn’t she?”

A Ministry of Justice spokesman told MailOnline: ‘The Manchester Arena attack was an abhorrent act of terrorism and our thoughts remain with the family of Saffie and with the other victims.

‘No amount of money can compensate for the loss of a loved one, but payments from the Criminal Injuries Compensation Scheme aim to address the mental and physical impact of such a tragedy.

‘That is why CICA has a dedicated team to assess Manchester applications as quickly as possible, which has already awarded more than £1 million to hundreds of victims and made interim payments of £211,300 to others awaiting a decision.’ 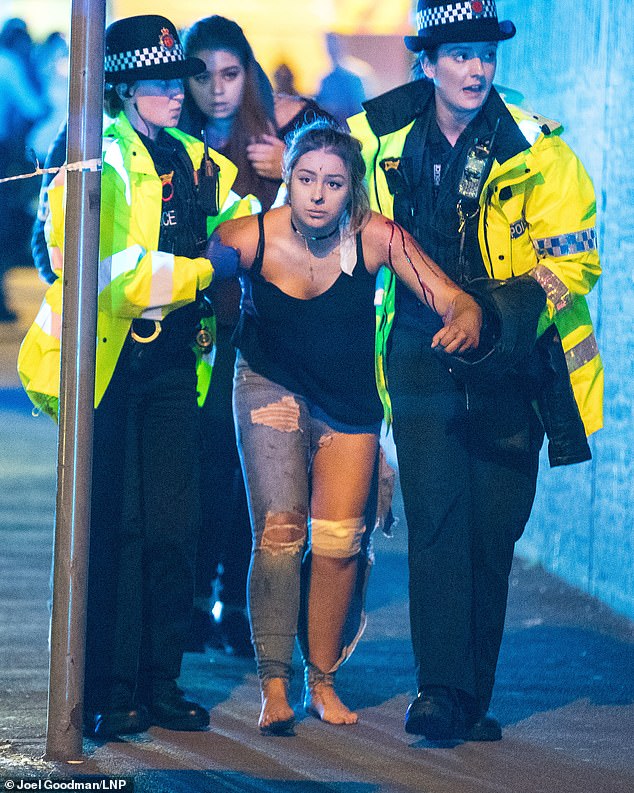 Eve Senior, a schoolgirl from West Yorkshire, became the face of the Manchester Arena bombing in May 2017 after being photographed limping away from the scene covered in blood 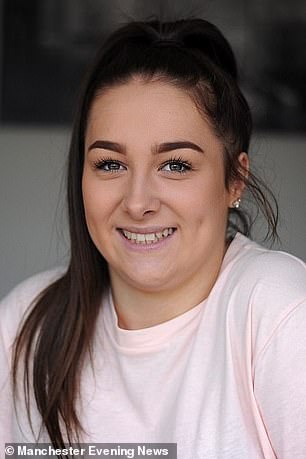 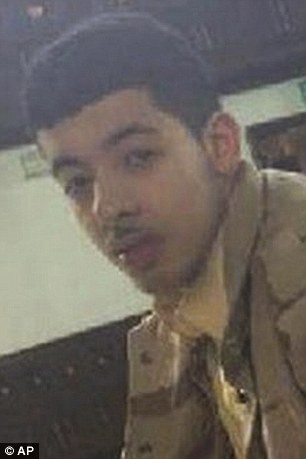 Payments from the We Love Manchester fund set up after the attack, were separate to the Government’s scheme with more than £20million handed out by this year.

Saffie’s parents spoke out as a 16-year-old girl who was just five yards away from the attacker when he detonated his bomb has revealed she still has nightmares about it.

Eve Senior spent ten nights in hospital after suffering 18 shrapnel wounds, a severed nerve in her leg and burns in the attack by Abedi that killed 22 people.

The schoolgirl from Queensbury, West Yorkshire, became the face of the attack in after being photographed limping away from the scene covered in blood.

Now, two years after Eve was helped away barefoot with her jeans ripped apart, she has spoken of how she feels Abedi is watching her in her room when she sleeps. 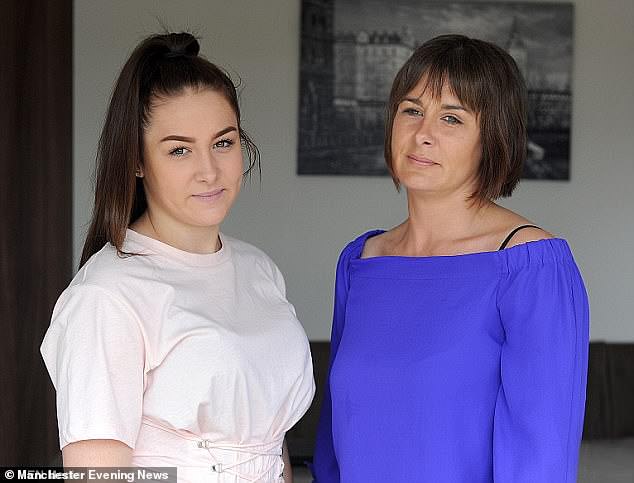 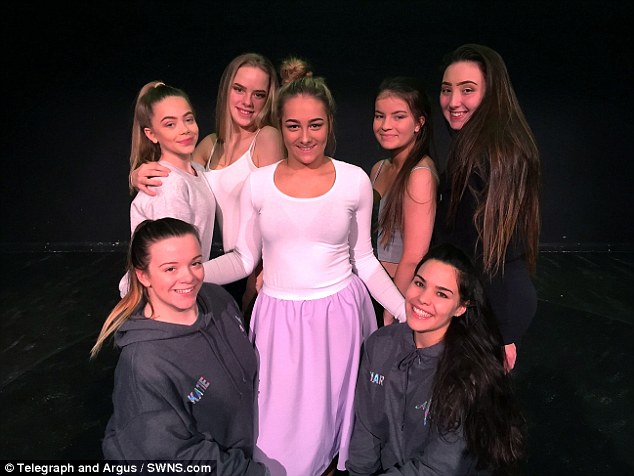 In December 2017, Eve defied the odds to perform in her dance school’s Christmas show

She told the Daily Mirror: ‘I just remember his face. He didn’t look at me, he was just looking straight forward. He walked past, then it was literally two seconds.’

Eve said she began to have nightmares about Abedi from the second day in hospital, including ‘dreams where he’s hurting me, or sometimes he’s watching me’.

She added: ‘I have this same dream where he does watch me. I had it in hospital, he came into the hospital room. I’ve had it at home also – he comes into my bedroom.

‘Sometimes if I close my eyes just before I sleep, it’s as if he is chasing me. I never see his body, it’s his head, his face and his hair.’

Eve’s mother Natalie also spent ten nights in hospital after the explosion at the Ariana Grande concert, although her younger sister Emilia was not badly hurt.

Eve began her GCSEs this week and wants to be a paediatric nurse after taking inspiration from those who helped her in the Royal Manchester Children’s Hospital. 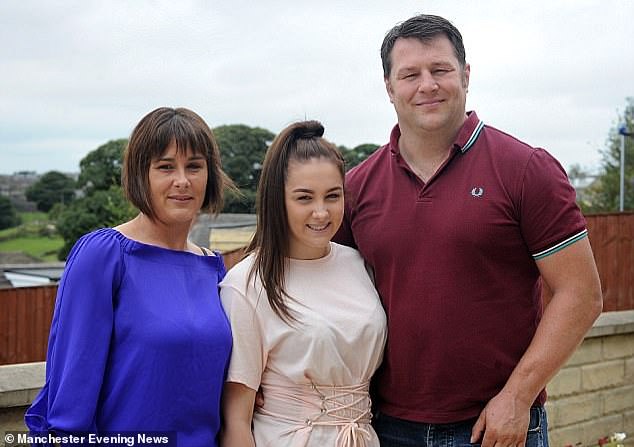 Eve is pictured with her mother Natalie and father Andrew, three months after the blast

She has previously spoken about this desire to go into nursing, saying: ‘Before Manchester I had no idea what I wanted to be when I grow up.

‘But staying in hospital and seeing what the nurses do and how good they are – when I’m older I want to be a nurse.’

In December 2017, Eve defied the odds to perform in her dance school’s Christmas show after battling through three operations.

She said at the time: ‘I can’t dance the same as I used to and I won’t for quite a long time, but I just thought, no, it will be possible. I wasn’t going to sit and watch.’

A report found in March 2018 that some victims were forced to wait two hours for help from firemen after ‘riskaverse’ bosses kept them away.

As ambulances flooded to the scene, fire chiefs moved officers to a station three miles away because they feared a marauding terrorist was still on the loose.