Manchester bomb victim’s friend to walk her mum down aisle

A teenager whose best friend died in the Manchester Arena attack is to walk her mother down the aisle at her wedding in November.

Charlotte Campbell is to fulfil her daughter Olivia’s wish when she marries her fiance Paul Hodgson later this year.

Olivia, who was 15, was with her friend Adam Lawler when she died at the Ariana Grande concert in May after terrorist Salman Abedi detonated a bomb as fans left the Manchester Arena.

Charlotte Campbell with her daughter’s best friend, Adam Lawler, who will walk her down the aisle when she marries her fiance Paul Hodgson in November 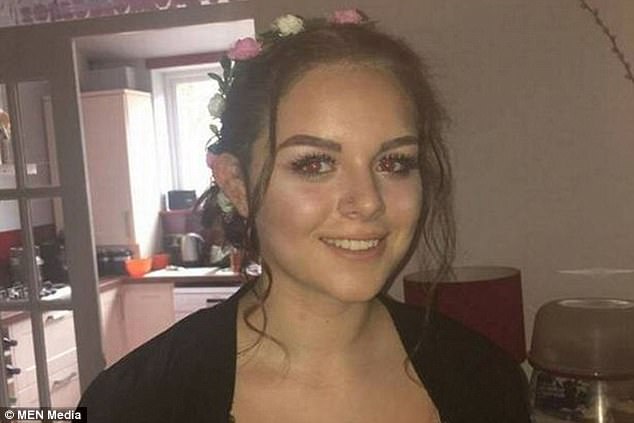 Olivia Campbell was one of the victims of the Manchester arena attack, and had been with best friend Adam for the concert that night

Now Ms Campbell has asked Adam to walk her down the aisle, and hopes it is what her daughter would have wanted.

She said the tragic teenager will play a key role in the day, which she had wanted since the couple got engaged at Christmas six years ago.

Ms Campbell said she will wear the white dress that Olivia had wanted her to, have a photo of her daughter inside Bury Register Office and walk down the aisle to the sound of Olivia singing John Legend’s All Of Me – the song she sang at her grandmother Ruth Field’s wedding and for an audition for the TV show Britain’s Got Talent a couple of years ago.

The mother-of-two said she finds it too difficult to go into Olivia’s bedroom at their home in Redvales, Bury, but often ‘speaks’ to her daughter when the pain is getting too much.

It was during one of their ‘chats’ that she first thought about asking Adam, 15, to walk her down the aisle.

Her father died 11 years ago so she wouldn’t previously have had anyone in his place.

Adam, who went to Tottington High School with Olivia, needed an operation on his right eye and suffered injuries to his right leg and arm after the attack, which left 22 people dead.

He paid an emotional tribute to Olivia at her funeral in June and described how they had been having the ‘best night’ of their lives until the bomb ripped through the Manchester Arena. 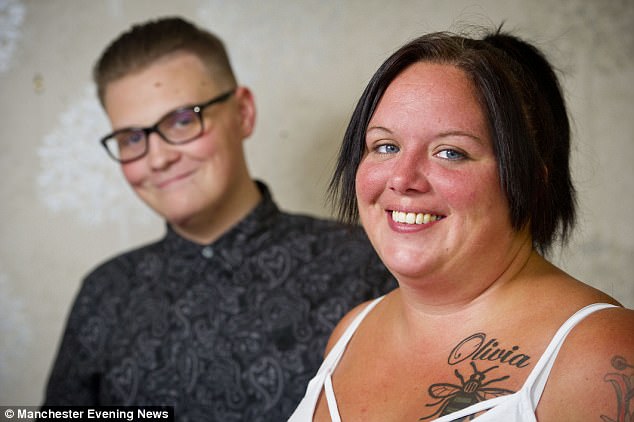 Ms Campbell explained she sometimes ‘talks’ to Olivia when things get hard, and the idea that Adam should give her away came during one of these chats

He said he was overwhelmed to be asked to play such a big part in the wedding day, adding: ‘I was brought to tears of joy when Charlotte asked me to walk her down the aisle.

‘I replied that I would be honoured and more than happy to do it. I am looking forward to doing this for Charlotte and Paul.’

Ms Campbell said: ‘Olivia had expressed her wish for me and Paul to be married from the day we got engaged and she would have been our bridesmaid. 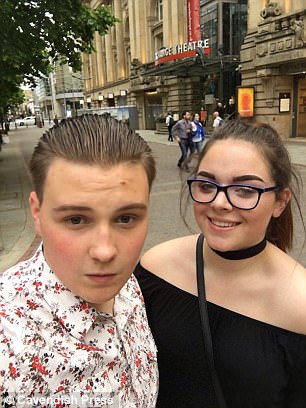 ‘She had planned everything so I’m trying to do as many of them as possible. Asking Adam to give me away was an amazing time, I’m so proud of him.

‘Everyone says I’m strong but he is stronger then me. He has to live every day with the memory of what happened that night – and his injuries and losing his best friend. He is an inspiration and I couldn’t be prouder to know him and be part of his life.

‘I sat one night talking to Ollie as I often do and I asked her what she thought of Adam giving me away and a few other things. A few hours later I woke up and knew I had to ask him. I don’t know why, but it all felt so right.

‘When I asked him there were tears of sadness that Ollie won’t be there but of pride and honour too. The wedding day will be the same and so hard without my princess there but it will be a day to remember done her way.’

Ms Campbell is planning other touches to honour Olivia, including blue bridesmaid dresses – her daughter’s favourite colour – with white converse trainers and a blue and white cake.