The first thing to say is that there were five officials on or around the perimeter of the Etihad pitch and one of them — if not all — should have spotted Raheem Sterling’s unfortunate impression of Devon Loch.

As the Manchester City forward tripped himself up in the turf and fell in the penalty area midway through the first half, the nearest Shakhtar Donetsk defender would have struggled to trip him had he even tried.

The wider debate — the one that will run on through the week — is what Sterling should have done about it, if anything. 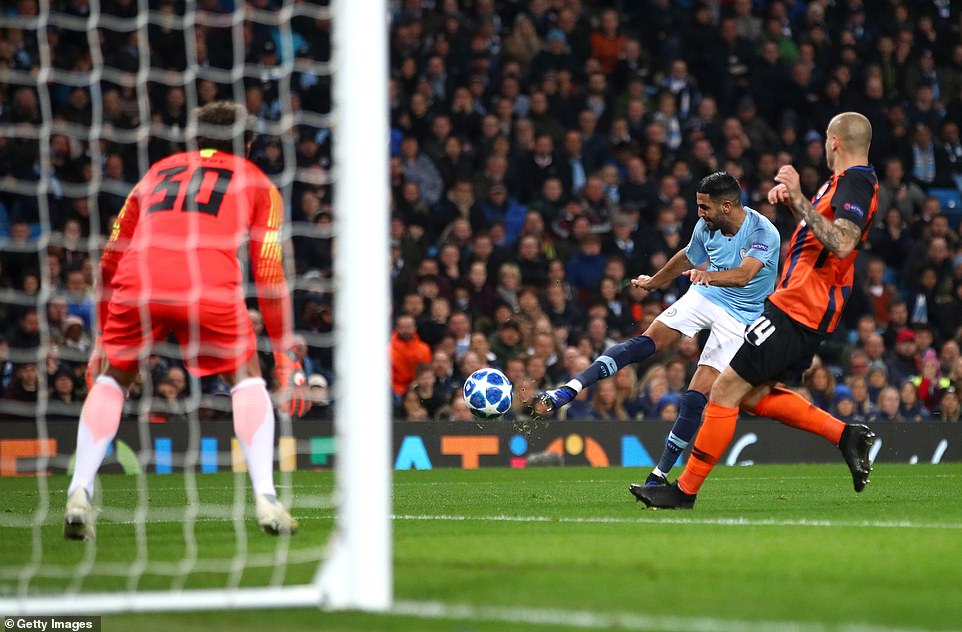 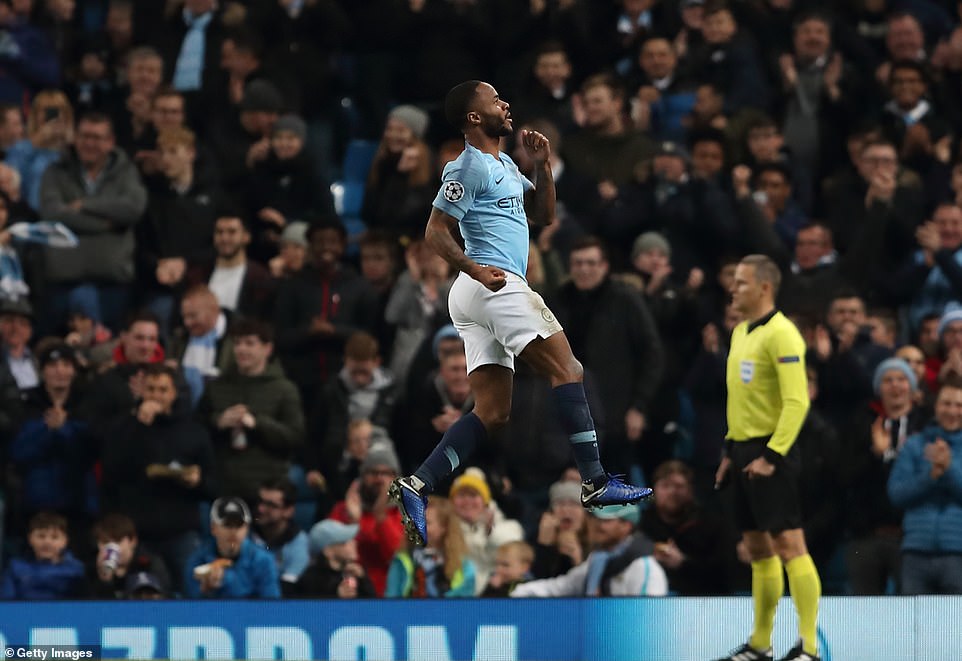 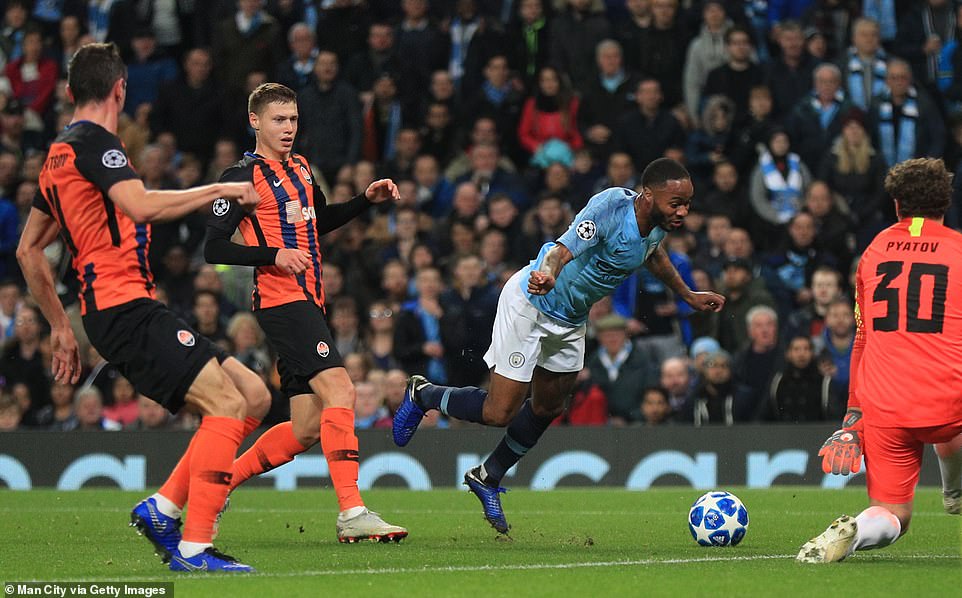 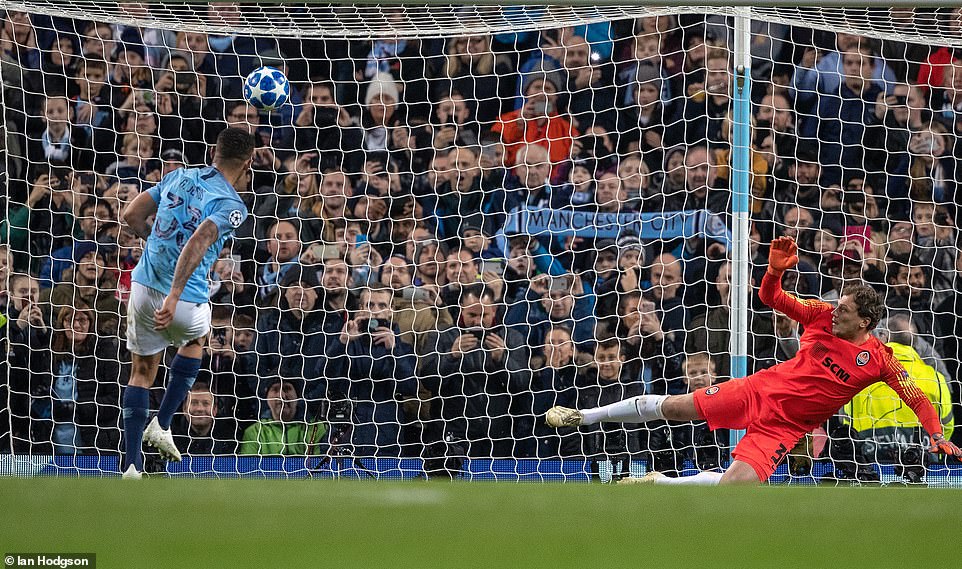 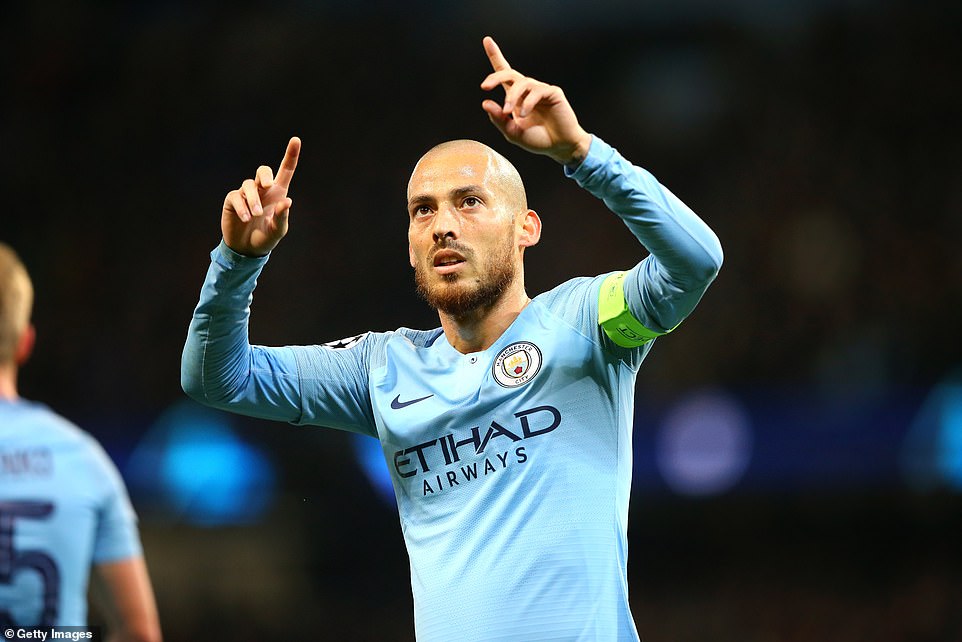 Such was the margin of referee Viktor Kassai’s error that Sterling might have considered indicating that he had merely fallen over and suggested to the official that he should reverse his decision. This has happened before, Robbie Fowler appealing to referee Gerald Ashby to change his mind after falling when playing for Liverpool at Highbury in 1997.

Fowler, it should be said, was unsuccessful that night and had dived in the first place. Some may say that is a key difference. Jason McAteer subsequently converted the penalty on the rebound after Fowler’s kick was saved. So did Sterling miss a trick here? Possibly, but he should not be blamed.

Certainly the young player could have struck a blow for fair play and for the good name of his club during a bad week for City. But is that his responsibility? What if City had gone on to lose or draw? They only led by a goal at the time.

Pep Guardiola seemed aware of the error and could have asked Gabriel Jesus — who ended up with a hat-trick — to deliberately miss the penalty. But this is not Guardiola’s responsibility either.

In the end, it is down to referees and their assistants to make the right calls, especially when they are as clear as this one.

To widen the point, it is the responsibility of UEFA to appoint the right men for the job in the first place. Given Kassai’s mixed track record — including missing a clear trip on Sterling when City lost to Barcelona here two years ago — there would appear to be room for improvement here also.

So on a strange night, City could not quite confirm a place in the knockout stage of the Champions League. David Silva had already given City the lead before Jesus slid home the penalty in question and Sterling then added a beauty — curling the ball in from 18 yards with his right instep —early in the second half. That goal, given the circumstances, will be overlooked when we look back on this game.

The penalty at least provided a talking point. Shakhtar provided only the most modest opposition in the first half. Many teams come to the Etihad in the Premier League looking beaten before kick-off and it appears the same is now happening in Europe too. 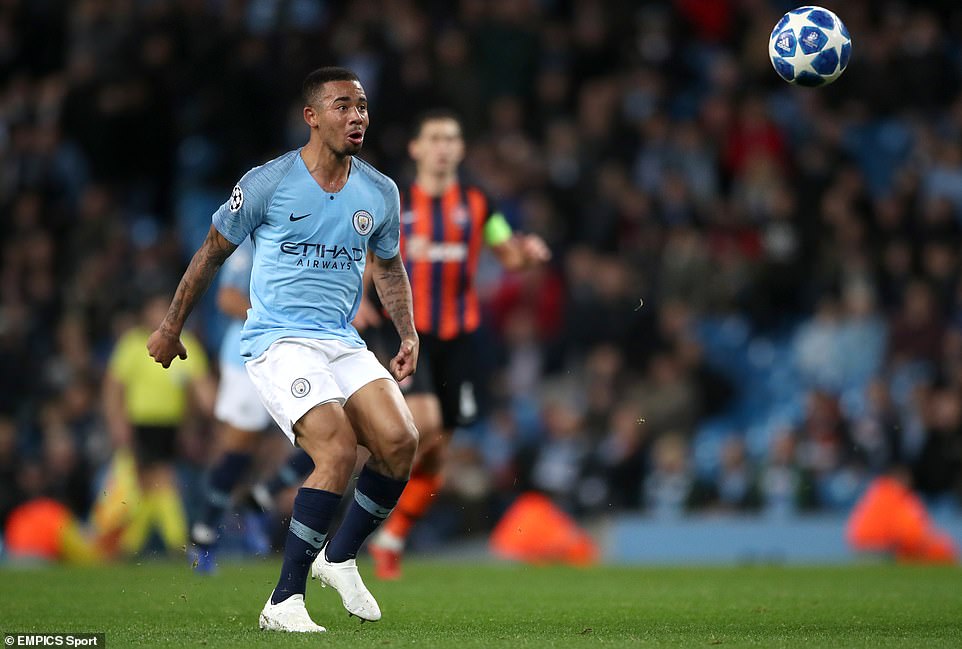 After converting two penalties, Jesus broke away and lifted an expertly judged lob over the onrushing Pyatov 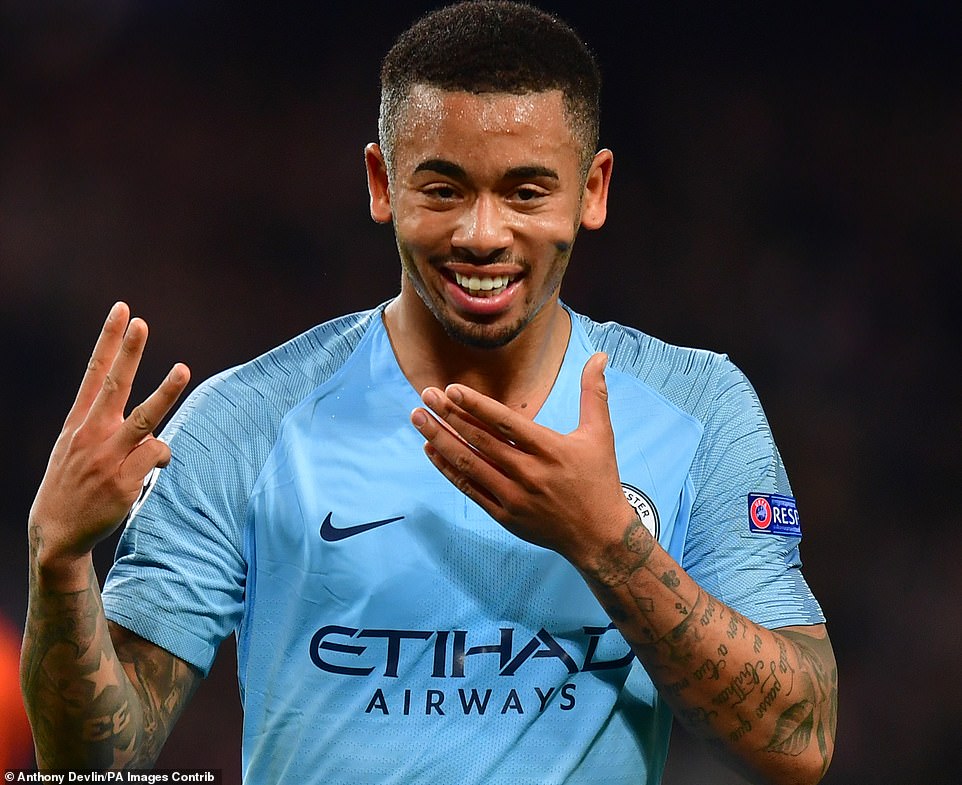 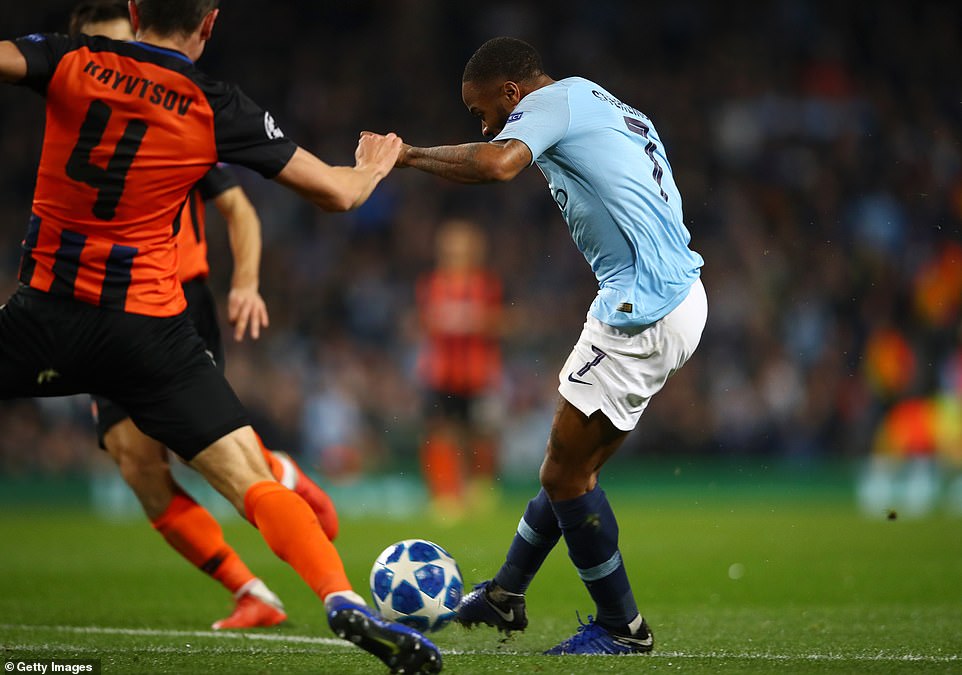 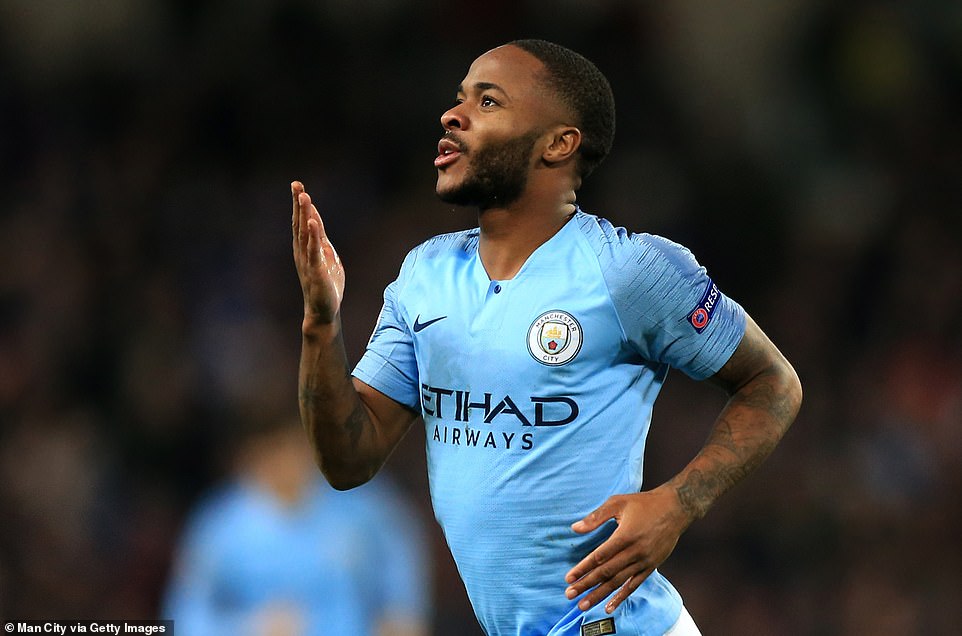 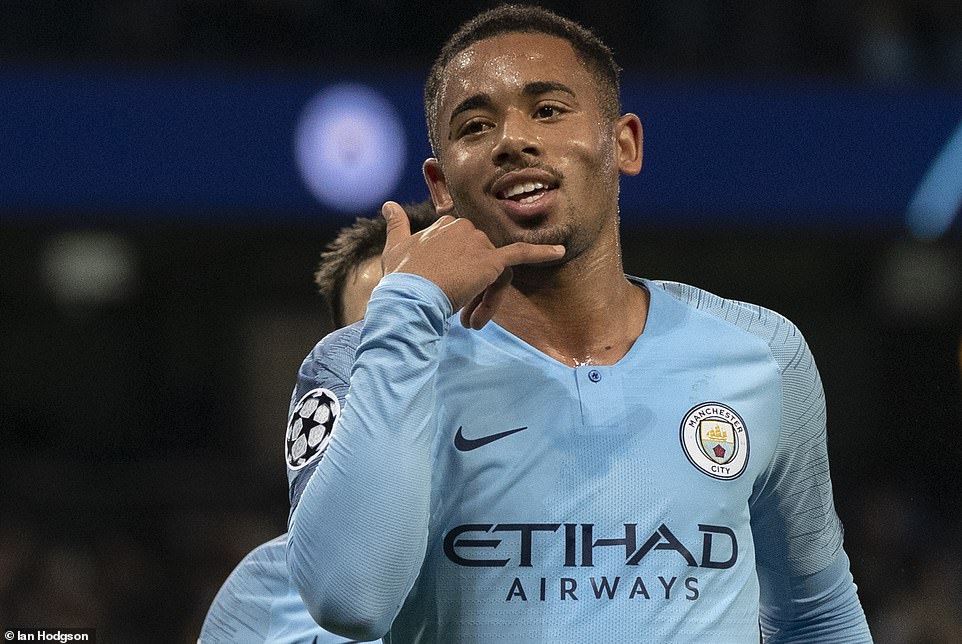 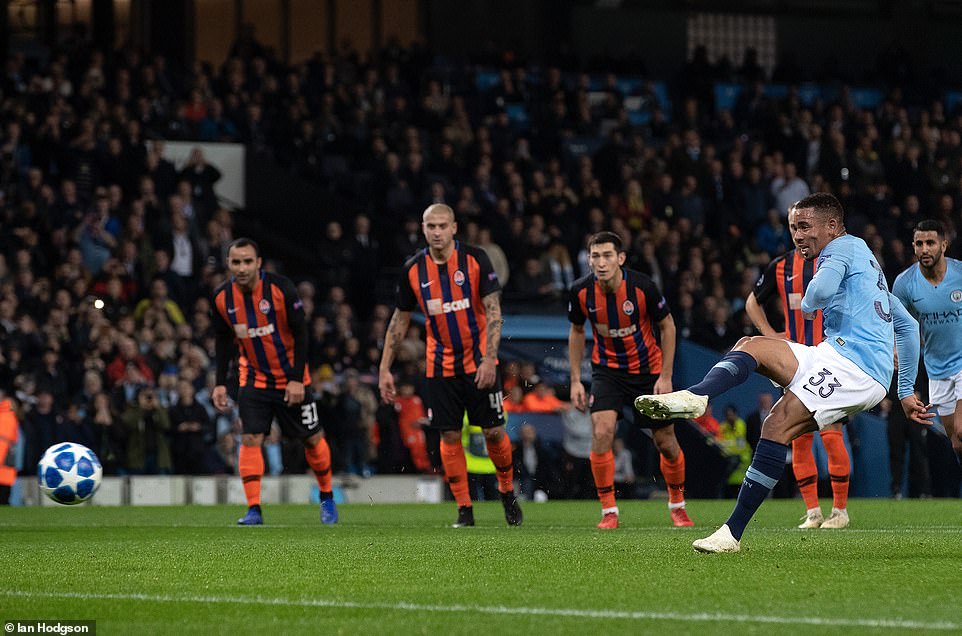 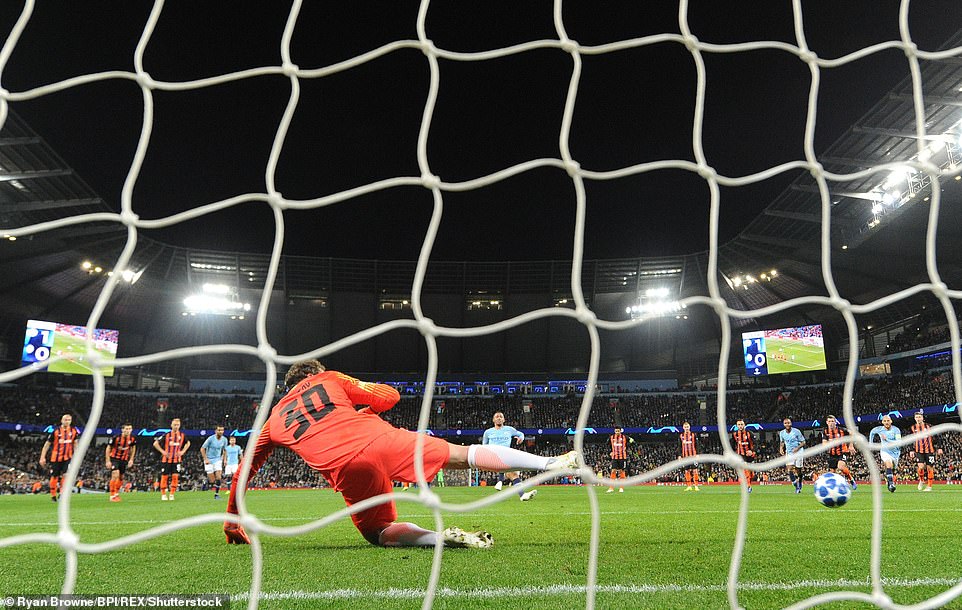 The Ukrainian team still had something to play for at kick-off but it did not look like that. City started a little slowly but they were given time to find a way into the game and it was not long before Guardiola’s team were one, and then two, goals ahead.

This was not City’s full-strength team and there were chances for some to make an impression. The former Leicester player Riyad Mahrez has taken some time to get going at City but there have been some positive recent signs and there were more here.

His slight frame and rather loping gait make the Algerian appear unthreatening at times but that is probably the way he likes it and before we had reached the 15- minute mark he had laid a goal on a plate for David Silva.

Picking up possession on the right, he drew Yaroslav Rakitskiy out towards him and from that moment the defender looked horribly isolated. Mahrez turned him off balance at least twice and maybe three times to open up ample room for a low cross. When it came, it was Silva who read it and that gave him a yard on the defence and the ball was rolled into the net from three yards. 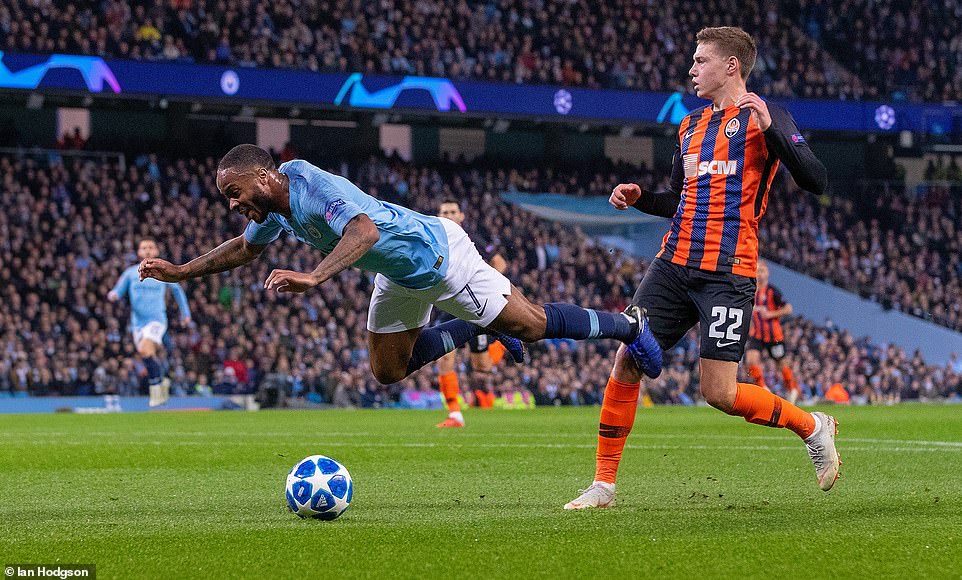 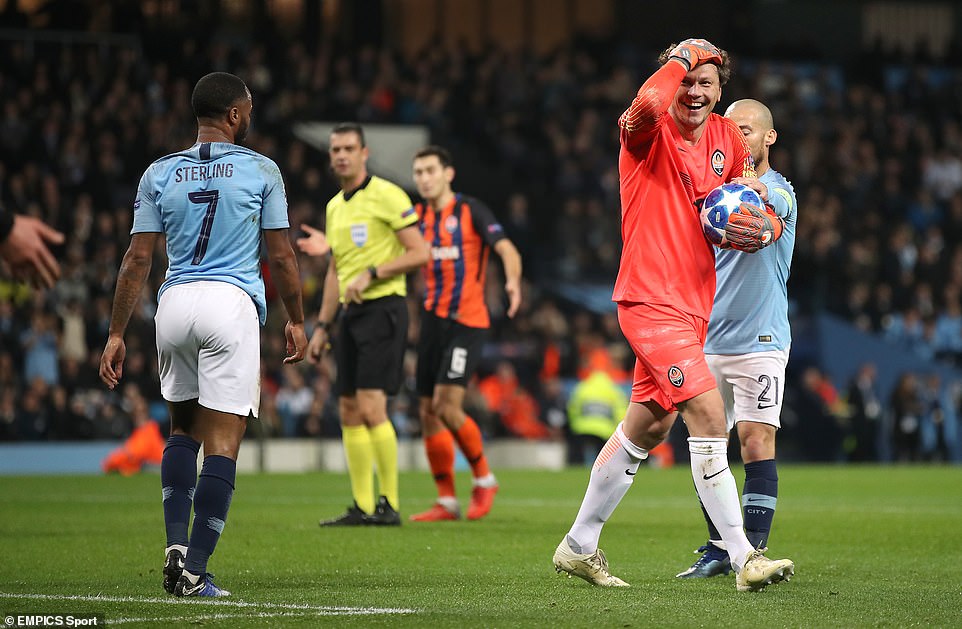 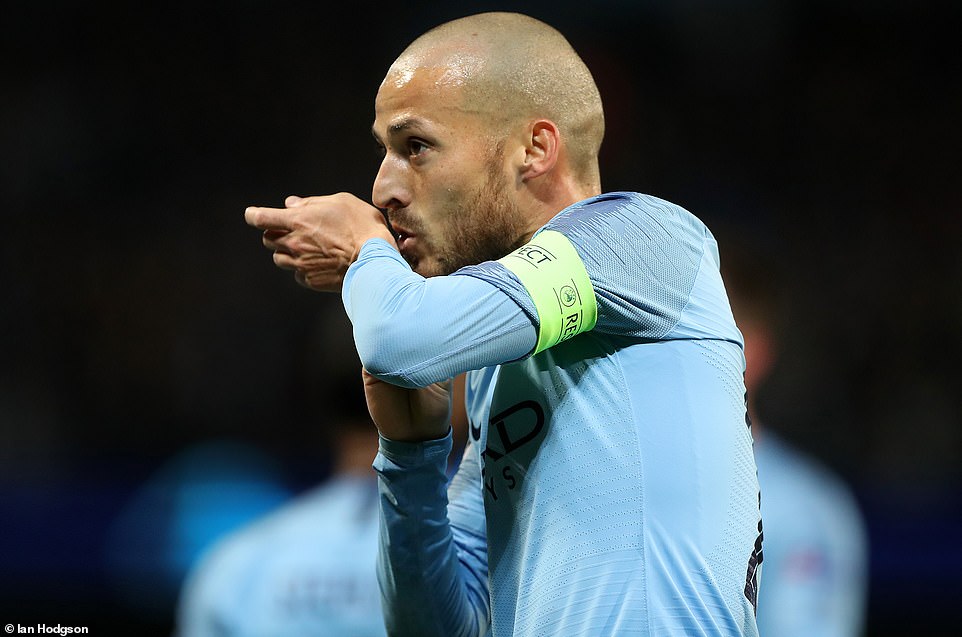 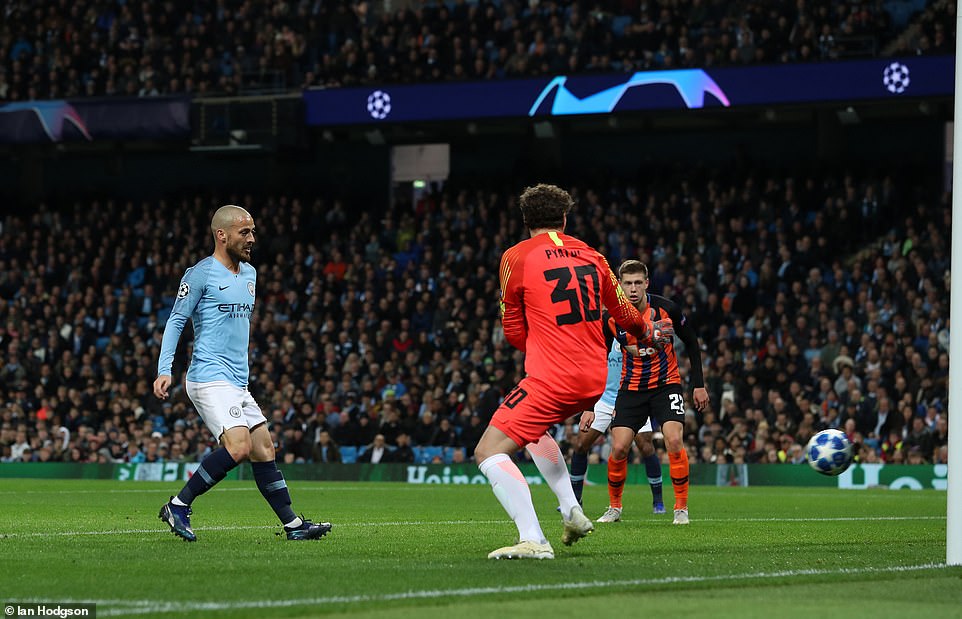 Ahead so early, City had Shakhtar where they wanted them and the Ukrainians didn’t really look as though they had the appetite for a fightback. City’s second goal — dispatched nicely by Jesus from the penalty spot — we will talk about for a long time. At the very least it will remain a curiosity. Subsequently there were opportunities for more in the first half and the next fell to Jesus once more. Played through on goal, the Brazilian took too long and allowed Sergiy Kryvtsov to make up lost ground and cover.

Sterling was more clinical than his team in the 48th minute and he is certainly on a fine run of form. Advancing to the edge of the area with menace, he swept a lovely shot into the far corner, a goal reminiscent of the one he scored to win the game against Southampton here last season.

It was now just a case of how many and City won an altogether more clear penalty with 20 minutes left. Taras Stepanenko’s lunge at David Silva was crude and Jesus buried the penalty high and with power. 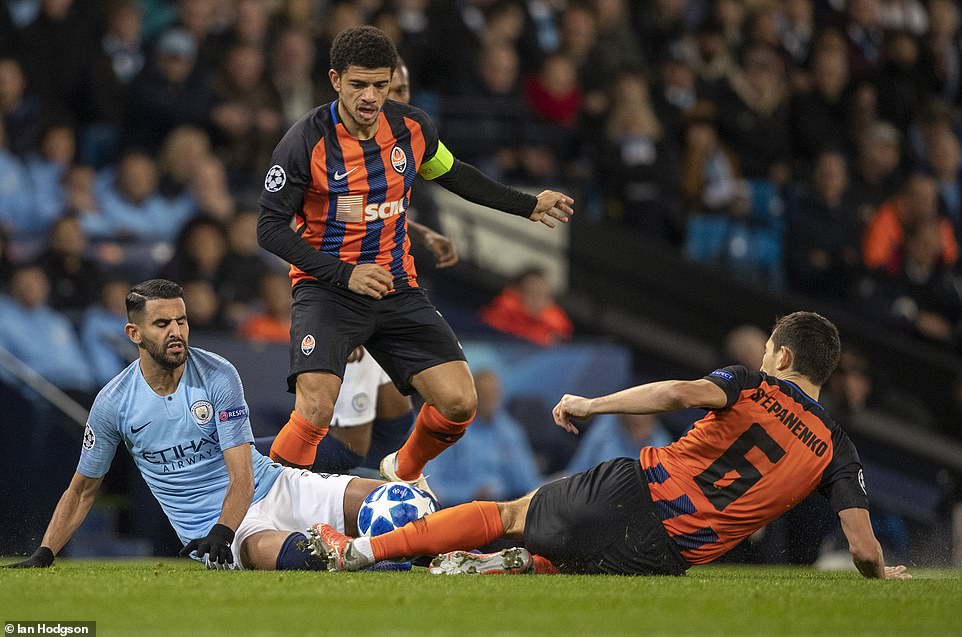 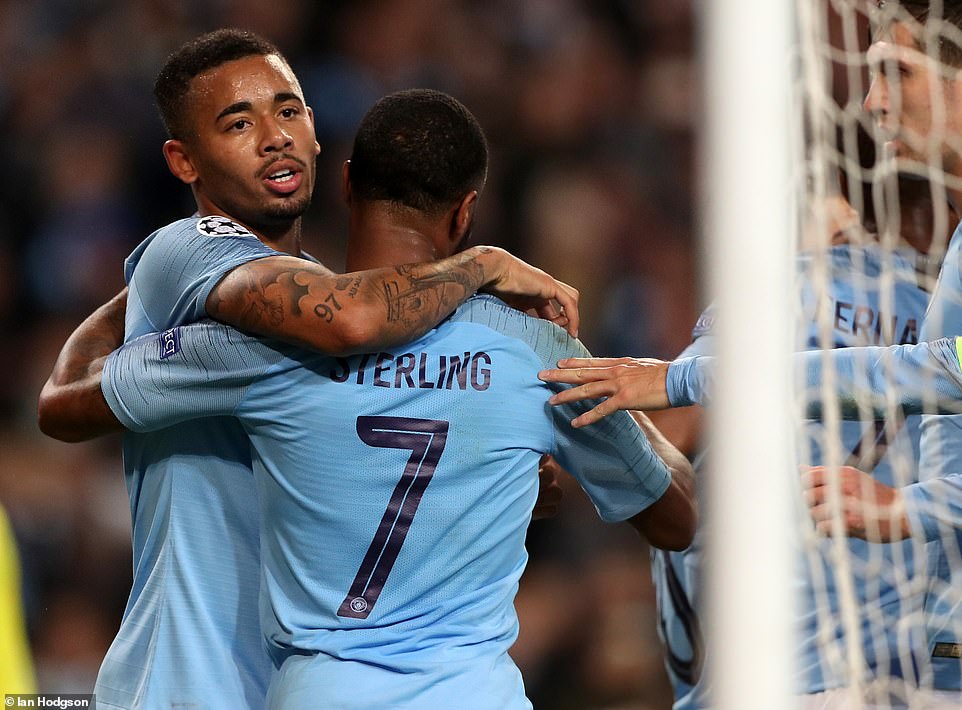 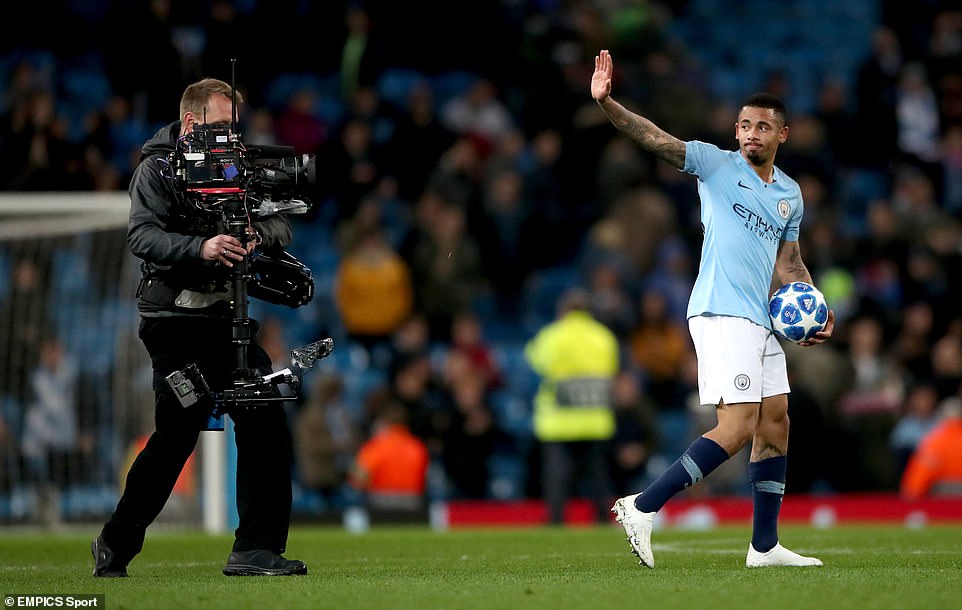