By Mike Keegan and Jonathan Spencer For Mailonline

Manchester City will be desperate to avoid a repeat of last week’s ugly scenes outside Anfield before their vital Champions League clash with Liverpool.

Liverpool fans bombarded City’s coach, which was heading towards Anfield, with bottles and flares as the home supporters tried to create a hostile atmosphere for Pep Guardiola’s men last Wednesday.

But City are confident things will run smoothly off the pitch this Tuesday for the quarter-final second-leg as Liverpool visit the Etihad with a comfortable 3-0 advantage.

The layout of the Etihad means both team coaches will use different entrances upon arrival.

The Premier League leaders will head to the main entrance, where they will be warmly greeted by their own fans, while Liverpool will use a tunnel that leads to the dressing rooms.

Greater Manchester Police will keep a firm eye on the tunnel and will immediately deploy extra officers to the scene should there be a build-up of City fans waiting for the Liverpool players.

The police aren’t suspecting any trouble but will be in position if a problem arises and will continue to monitor social media for signs of any attack from the supporters.

Speaking ahead of the match to reassure both sets of players, Chief Inspector Dean Howard, the match commander, said: ‘Plans are in place to ensure people can come and enjoy the match action. 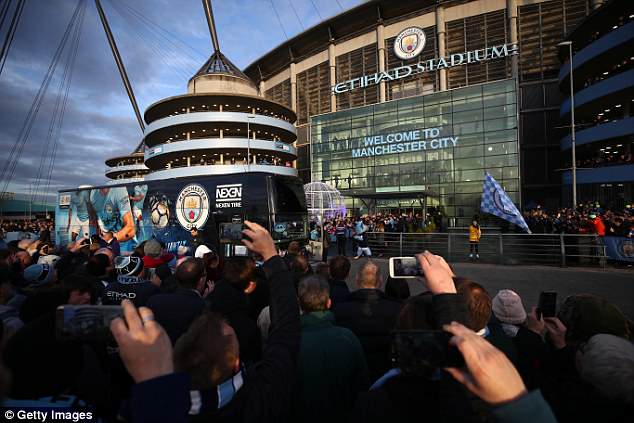 ‘Let’s hope we are talking about the football on Wednesday.’

Despite fears over the arrival of the buses being allayed, there are slight concerns that a large number of Liverpool fans have managed to buy tickets in the home area.

With the scoreline at 3-0 to the Reds, making them strong favourites to progress to the Champions League semi-finals, there are concerns that fans of the Merseyside club will have been able to buy tickets among City fans.

However, extra officers will be present inside the ground and those Liverpool fans who have done so, will be ejected immediately.

First half goals from Mo Salah, Alex Oxlade-Chamberlain and Sadio Mane last week on Merseyside gave Liverpool a commanding advantage to take into the Etihad clash.

City will be desperate to turn it around on Tuesday following a tough week for the club, that saw them miss out on the Premier League title on Saturday after falling to a 3-2 defeat to rivals Manchester United. 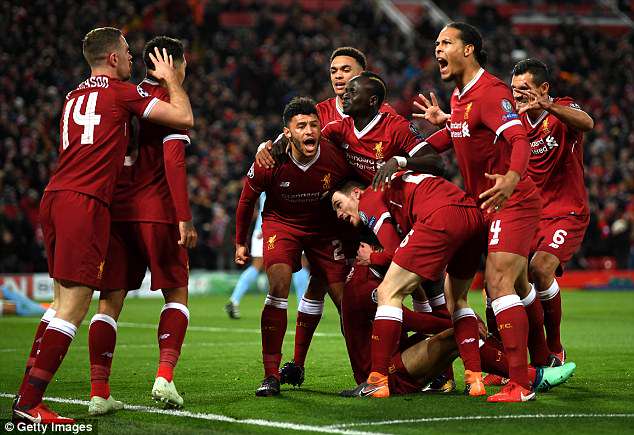