Manchester City’s first Premier League title win of 2012 is considered to be the club’s most important. The gateway title, to use modern parlance.

Now that may be about to change. That triumph nine years ago was important because it signalled an arrival. The one that we are about to witness may herald a permanence, a dominance.

As Pep Guardiola was keen to point out on Friday, this has been predicted before in recent times and it has not happened. In fact no club have won more than two consecutive English titles since Manchester United’s hat-trick between 2007 and 2009.

The Man City title win we are about to witness may herald a permanence, a dominance 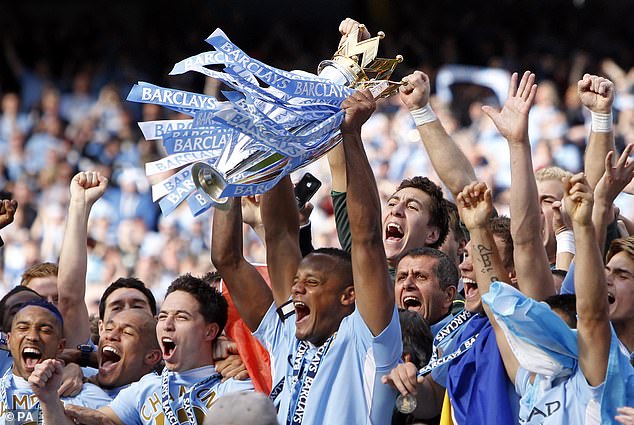 It is unlike their first Premier League title win nine years ago in 2012, signalling their arrival

‘When you win something it doesn’t mean anything for the future,’ said the City manager on Friday.

‘When we won the second one, and after Liverpool won theirs, people said we would dominate and they would dominate the next four or five years. And look what happened.’

But this summer already looks and feels a little different. City will win this Premier League by a distance. If the margin is less than 20 points, it will be a surprise.

It will be for the others to catch up — and how will they? 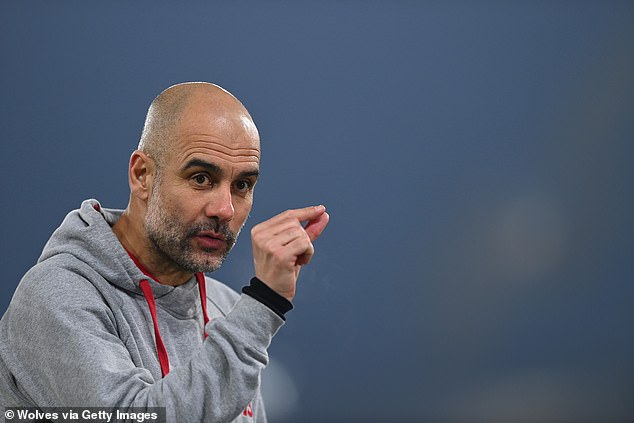 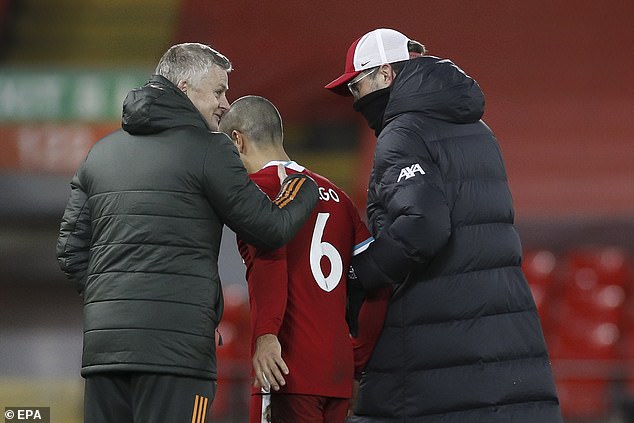 It will be for the others to catch up, but how will the likes of Liverpool and Manchester United?

This week United manager Ole Gunnar Solskjaer admitted the Covid-19 pandemic has robbed the club of transfer revenue. A day later, their quarterly accounts revealed a loan of £60million taken out in order to get by.

Liverpool? The pandemic hit hard as they celebrated their title last year and now they are facing a season without Champions League revenue. Jurgen Klopp says that won’t affect his spending potential. Really? Let’s see.

And this brings us back to Guardiola and City. In the midst of putting together his second great team at the Etihad Stadium, it is a project that does not look remotely finished.

To think they will not spend significantly in this year’s off-season would be to underestimate their financial power, their thirst for improvement and their chilling capacity to work circumstances to their advantage.

For sure, they will buy a centre forward. The Dortmund player Erling Haaland is destined for City, according to some credible sources.

The Lionel Messi conversation is not yet closed, and just this week the name of Jack Grealish appeared, again from good sources. The latter feels unlikely as Guardiola’s squad is well stocked in that role but since when did one — or even two — players per position ever suffice for City?

The point here is that this could turn out to be City’s time more than any other. Liverpool should not be underestimated but their cataclysmic crunch into reverse gear in the last two months will take time to recover from. United’s position in the league table is not representative of their actual standing as a team. Chelsea are much improved but are coming from a distance back.

So for all Guardiola’s public caution, this should not be a time to think only of this title but also the next one and the one after that.

‘That’s why we are here… thinking we can do better,’ he said. ‘But the reality in sport is tomorrow, and we’ll see what happens. 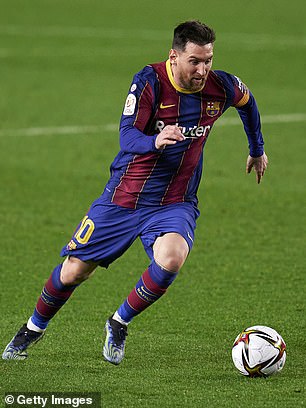 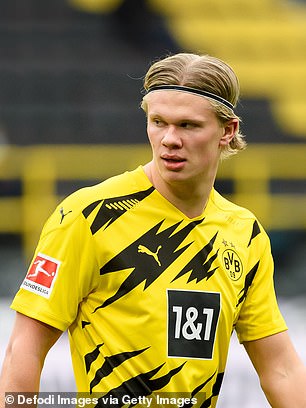 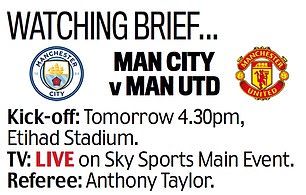 ‘In the summer, we will sit down and take the right decisions and start to think about next season.’

With United the opposition on derby day in Manchester on Sunday, the contrast between the clubs remains acute.

United’s progress this campaign — such as it has been — has been undoubtedly helped by the continued presence of key players. The likes of Bruno Fernandes, Harry Maguire and Marcus Rashford have hardly missed a beat of this crammed season.

City, meanwhile, have been able to cope with the almost permanent absence of Sergio Aguero. Kevin De Bruyne also missed a spell of matches and the likes of Bernardo Silva and John Stones have only exerted real influence as the season has moved on.

Against this background the regeneration of Guardiola’s squad has been ominous. City’s best recent player, for example, has been the dextrous full back Joao Cancelo. If full back is indeed where the young Portuguese plays. With Guardiola’s City, it really can be hard to tell. 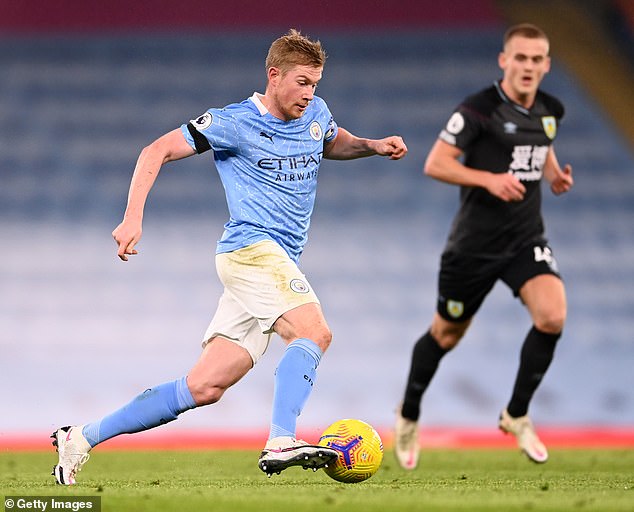 Close behind in terms of form is another Portuguese defender, Ruben Dias. Signed last summer, the 23-year-old is arguably the Premier League’s best centre half. Beyond that, De Bruyne has indicated a desire to sign a new deal and young Phil Foden is unlikely to be prised away from his boyhood club in the next decade.

So while Guardiola continues to speak respectfully about teams like United and look only with supposed caution into the future, it is not hard to guess what a serial collector of football trophies really thinks.

We have said this before and been wrong but City might just be standing on the threshold of what they have always wanted.

Only last summer we wondered whether we were witnessing the start of a long period of Liverpool superiority.

Suddenly, City have the opportunity to make season 2019-20 look like nothing more than a blip in their own run of titles. 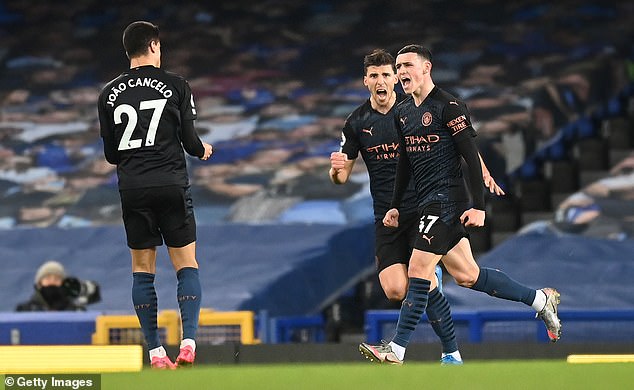 Joao Cancelo, Ruben Dias and Phil Foden have been impressive and will form the future too