Manchester City chiefs believe Pep Guardiola and his players remain committed to the club despite their two-year Champions League ban.

Guardiola addressed his squad before training on Saturday, urging them to stay focused on the Champions League clash with Real Madrid a week on Wednesday.

City’s future in the competition is unclear after UEFA handed down a two-year ban for breaching Financial Fair Play regulations between 2012 and 2016.

The Premier League champions intend to contest the verdict. Their appeal is set to be heard by the Court of Arbitration for Sport and rival clubs want that process speeded up to provide clarity.

Raheem Sterling has become the first City star to publicly commit his future to the club. Real Madrid are already being linked with a mega-money move for the England forward this summer. However, Sterling does not want the uncertainty over City’s European future to affect him going into the business end of the season.

Aidy Ward, who has represented Sterling since the player was at school, told Sportsmail: ‘Raheem is solely focused on Manchester City and will not be distracted by any talk of transfers at the moment.’

The news will come as a huge boost to Guardiola, who needs Sterling committed to the club and in form if City are to stand a chance of lifting the European Cup this season. 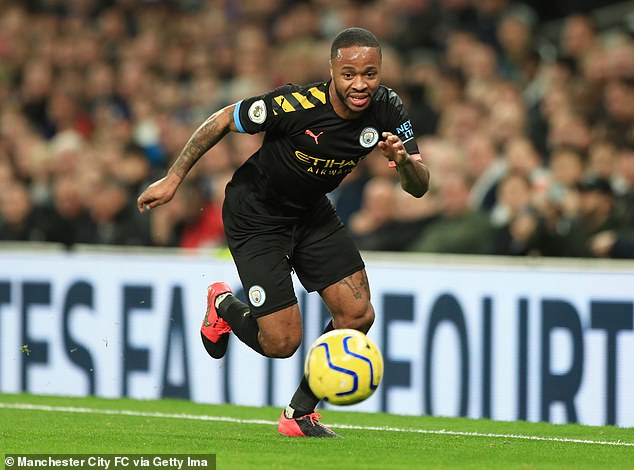 Guardiola is thought to be ready to honour his deal until the end of next year, despite having a break clause in his contract at the end of this season.

The mood at training on Saturday was said to be upbeat ahead of Wednesday’s rearranged Premier League match against West Ham.

Chief executive Ferran Soriano cancelled a skiing holiday to attend the meeting, during which he detailed the next steps following UEFA’s lengthy investigation and an outcome that City had expected.

Players were urged to stay calm over their futures, a message also relayed to agents.

Sterling, Kevin De Bruyne and Bernardo Silva are among those whose potential availability will alert the continent’s heavyweights. Only three first-team players — Sergio Aguero, Fernandinho and Leroy Sane — will be out of contract at the end of next season. 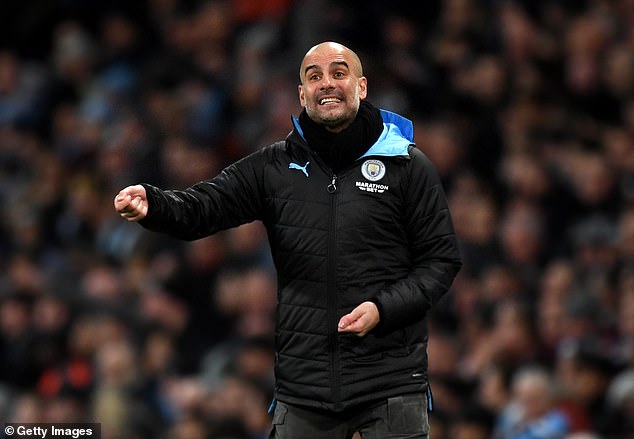 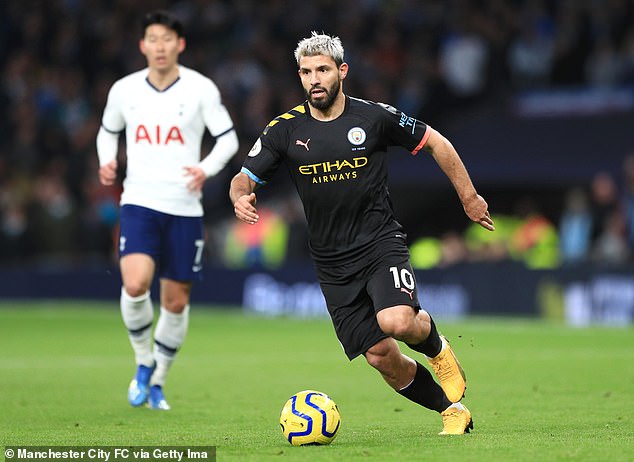 Three City stars will be out of contract at the end of the season, including Sergio Aguero

David Silva has signalled his intention to leave the Etihad in June, while 14 of the squad have three or more years left on their existing deals after a swathe of extensions. Guardiola had been hoping to freshen up the squad next summer, with at least four signings mooted, and has spoken to sporting director Txiki Begiristain about the prospect of a shake-up.

The extent of that is likely to be determined by City’s appeal to CAS.

Premier League clubs will wait for the outcome of City’s appeal before deciding whether to demand they be stripped of their 2014 title. A number of top-flight outfits remained tight-lipped when contacted by Sportsmail on Sunday, in what City could read as an ominous stance.

There is also the worrying spectre of legal claims — should backdated punishment be handed out by the Premier League — from those who missed out on Champions League football by one place during the period in question.