Manchester City are reportedly looking into the possibility of taking legal action against Javier Tebas after the outspoken La Liga president slammed the recent CAS ruling which saw a Champions League ban dismissed.

Tebas has been a vocal critic of City’s battle with football authorities, regarding Financial Fair Play and their conduct surrounding sponsorship.

The 57-year-old remains convinced that City have broken the rules, despite an historic Court of Arbitration for Sport ruling which saw a European ban eradicated and a £25million fine reduced to just £9m for failing to co-operate.

Tebas spoke out again in the aftermath of the decision, and City have now reportedly heard enough and will pursue action in the courts, according to the Sun.

‘City haven’t signed players with their own resources, like Manchester United do, Tebas had said.

‘They sign players with petrodollars, with money obtained through oil by the United Arab Emirates.

‘The state-owned clubs in Europe do what they want, with fictitious sponsors and naming rights in the case of Man City.’ 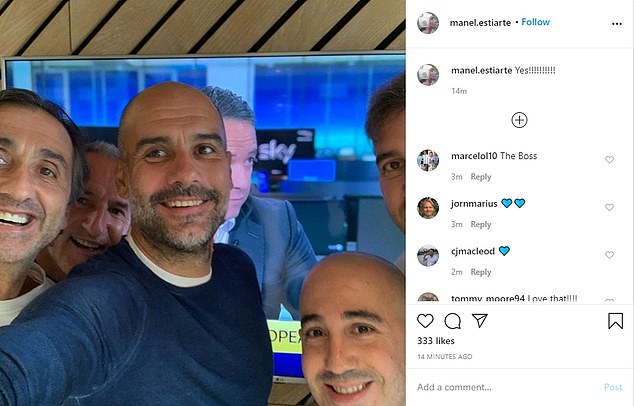 In response to the fiery words of Tebas, a senior City told the Sun: ‘We are aware of what Mr Tebas has been saying in the days since the Court of Arbitration for Sport announced their decision on our appeal.

‘The matter has now been referred to our legal team to see if there is a course of action we can take to redress the balance.

‘Mr Tebas’ views on the club are without any foundation. An independent body has ruled that UEFA’s decision to ban us from Europe was wrong.

It is not the first time Tebas and the Etihad club have had an altercation, and City themselves have personally reached out before.

The club wrote to Tebas – who himself happens to be a qualified lawyer – in early 2019 to ask him to be mindful of the language he was using to dicuss City and their Abu Dhabi owners in public discourse.

There is also said to be a belief from within the club that the presence of Catalan boss Pep Guardiola and several other former Barcelona players and officials gives Tebas another reason to target City. 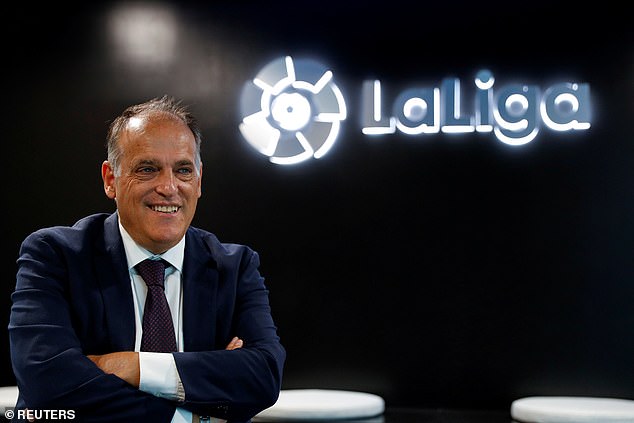 Guardiola insisted the La Liga chief was ‘jealous’ of the Premier League before the CAS judgement was announced.

City see Tebas’ animosity as fear that the likes of La Liga royalty Real Madrid and Barca are being pegged back on the European stage by the progress of the club, particularly with one of Spain’s greatest ever managers at the helm.