The English champions were the subject of a series of stunning revelations made by the Football Leaks hackers last month, not least with regard to inflated sponsorship deals seemingly designed to beat UEFA’s FFP system.

Among the reports, based on documents seized by Football Leaks, was a claim that City’s holding company paid £59.5million of Etihad’s annual sponsorship deal, with only £8m coming from the airline.

On Monday, UEFA president Aleksander Ceferin confirmed that what he described as ‘a concrete case’ was being investigated.

City were fined £49m and had their squad capped for failing FFP rules four years ago. A senior UEFA source said that, if they are found guilty of financial cheating, ‘sporting sanctions’ would need to follow, not least because the ‘integrity of UEFA’ was at stake.

A Champions League ban would be among the sanctions UEFA could impose if they conclude that the fine in 2014 had no impact. 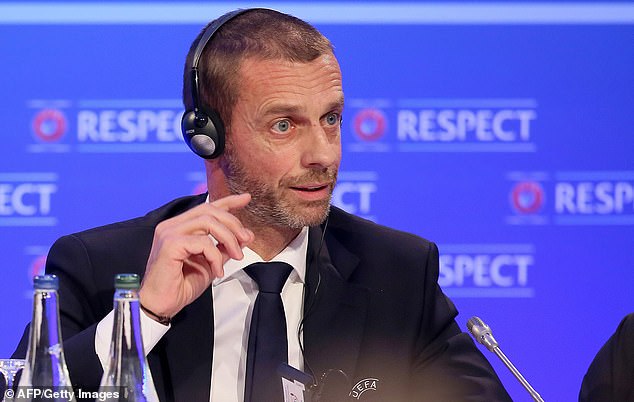 Ceferin said: ‘We are assessing the situation. We have an independent body working on it. Very soon we will have the answers on what will happen in this concrete case.’

While the news was not so good for City, there was a boost on Monday for the FA if they bid for the 2030 World Cup.

News of a co-bid between Spain, Portugal and Morocco looked like an unbeatable combination, given the support they could attract from both Africa and Europe. 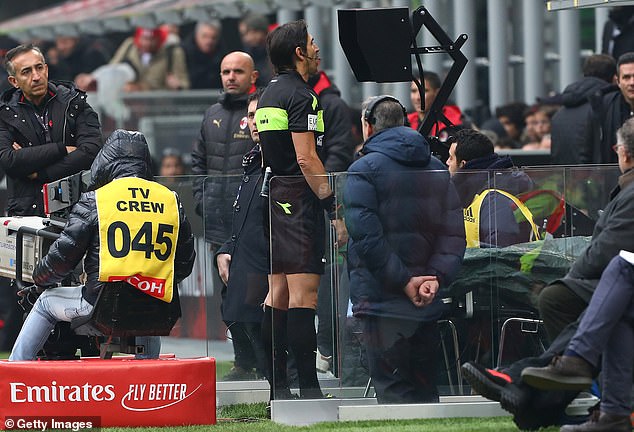 However Ceferin said: ‘I’m not in favour of cross-confederation bids. Someone should say to the politicians it’s not up to them to speak about who will be hosts for sports events.

‘I’ve seen many politicians saying they will be candidates for this or that but they need to speak to their member associations. Some of them don’t even know about the public statements of their politicians.

‘But no, I’m not in favour of that (the Morocco) idea and I will do whatever I can to have one European bid because that raises the chances of Europe hosting the World Cup.’

The introduction of VAR at the last 16 stage of this season’s Champions League was confirmed on Monday, and it was also confirmed that England will host the women’s Euros in 2021.

‘We saw what a success the 2017 Euros were in Holland and how the women’s game has grown,’ said Ceferin. ‘I think they will be an even bigger success in England. I’m very optimistic and I’m looking forward to it.’ 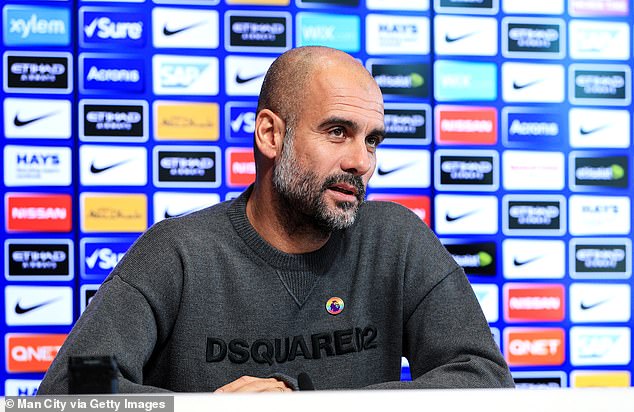 Meanwhile, Pep Guardiola has called for patience in talks with Leroy Sane over a new contract

Meanwhile, City manager Pep Guardiola has called for patience in negotiations with Leroy Sane over a new contract.

The club have been discussing a deal for several months but the 22-year-old Germany international has yet to commit his long-term future. Guardiola wants Sane to stay and is confident of a resolution.

‘The last information I had was that it’s going well but the process does not take one day,’ said Guardiola. ‘With Kevin De Bruyne it was done in one or two days, but the other ones sometimes take longer. Hopefully he can stay here for many, many years.’