‘We always keep fighting until the end’: Manchester City defender Aymeric Laporte impressed by his side’s dramatic comeback against Schalke

Aymeric Laporte felt Manchester City demonstrated their battling qualities as they overcame controversy to snatch a dramatic Champions League victory away to Schalke.

Leroy Sane and Raheem Sterling struck in the last five minutes as City recovered from a VAR row and a contentious red card to claim a dramatic 3-2 win in the first leg of their last-16 tie at the Veltins Arena.

‘Always we keep fighting until the end,’ said defender Laporte. 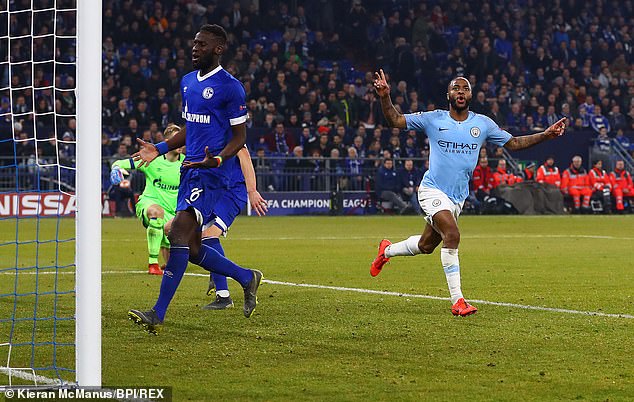 ‘The team have the quality to make these kind of things (happen). We are very happy that we won this game. I think it was difficult. It is not easy playing with 10 guys in the pitch against 11.

‘Now we have to be focused on the next game and the next one, always keep improving and win these kind of games.’

City found the going unexpectedly tough against a side sitting 14th in the Bundesliga despite dominating early on and taking an 18th-minute lead through Sergio Aguero.

Schalke controversially drew level with the first of two penalties in the space of seven minutes late in the first half, awarded after a lengthy stoppage for a VAR review. 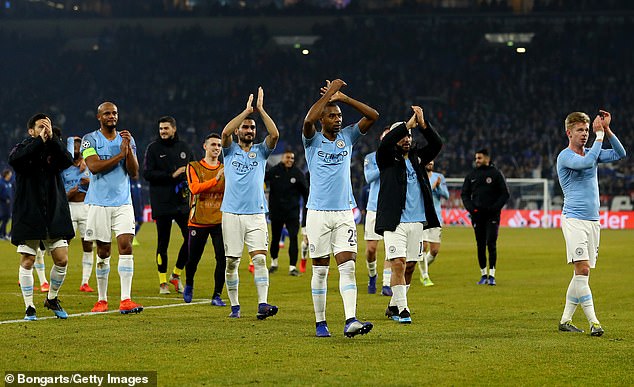 The referee initially gave a corner after the ball deflected off Nicolas Otamendi but Schalke’s claims of handball were eventually backed up by the VAR after a confusing delay of more than three minutes.

There was no clarity on whether Otamendi had handled deliberately and, adding to the farce, the referee could not review the incident himself as the pitchside monitor was broken.

Nabil Bentaleb scored from the spot, and did so again after a foul by Fernandinho moments later. City’s night took a turn for the worse after Otamendi – harshly booked over the penalty incident – was sent off for a second yellow card.

A stunning free-kick from Sane against his former club rescued the situation and Sterling grabbed the winner in the last minute.