Premier League winners Gabriel Jesus and Fernandinho were all smiles as they joined up with their Brazil team-mates on Wednesday afternoon.

The pair have spent the past few days celebrating Manchester City’s historic domestic treble but must now get back to work with the 2019 Copa America right around the corner.

And they looked ready to go as they immediately hit the gym at the Granja Comary Football Complex, headquarters of the national team. 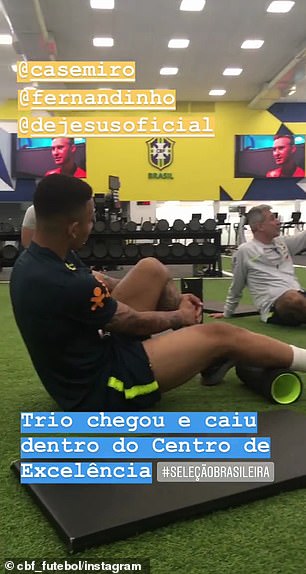 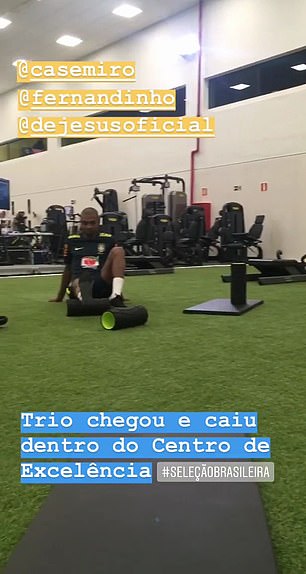 Having greeted the likes of Casemiro, Richarlison and David Neres, Jesus and Fernandinho joined them in a light workout.

The Selecao have plenty of time to prepare with the tournament beginning on June 14.

Host nation Brazil have been drawn in Group A alongside Bolivia, Venezuela, Peru and are hoping to win the trophy for the first time since 2007.

Manager Tite admitted selecting his squad for the competition was one of the hardest things he has done.

‘This is the most difficult list I had to make in my life,’ he said after making his squad announcement. ‘I didn’t sleep. My wife tried to help, but she couldn’t. I made those choices, but any of the others I didn’t pick would have fit, too.’ 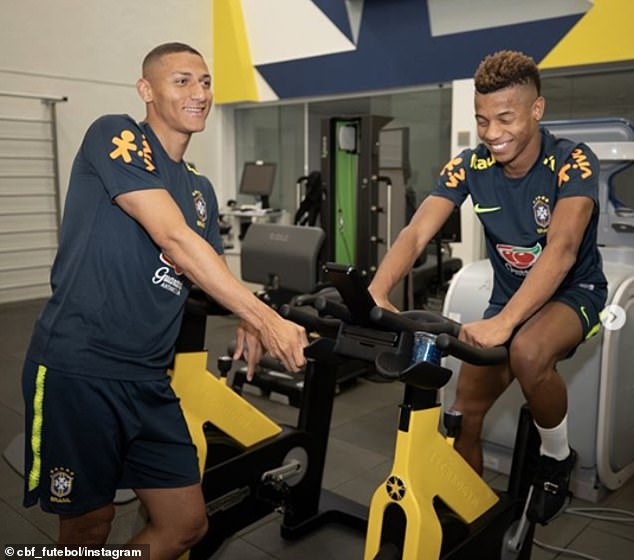 There was no place in the squad for Lucas Moura, who scored a hat trick this month to help Tottenham pull off an incredible come-from-behind victory over Ajax and reach the Champions League final.

Nor was there a spot for Fabinho, who played a key role in Liverpool’s improbable 4-0 win over Barcelona, also to reach the Champions League final.

Even Willian, who has helped Chelsea reach the Europa League final despite not longer being a regular starter, was left off. As was Vinicius Jr, the young forward who made a splash with Real Madrid this season. 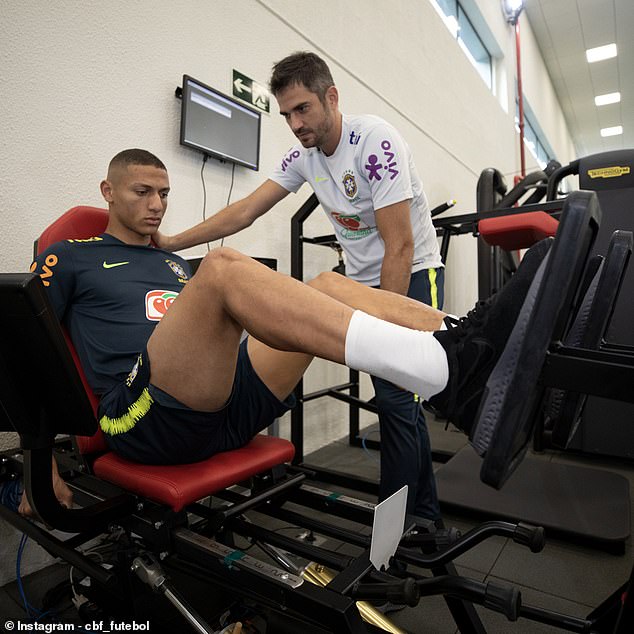