Manchester City fans will hope that their team continue to get noticed due to their sterling form on the pitch rather than their matching clothing off of it.

Pep Guardiola’s side have flown out to Italy for their Champions League match against Napoli with players and staff in respective identical club branded attire for the journey.

Guardiola and his backroom staff arrived at the airport in grey trousers, white shirt and tie and a black jumper while the players wore blue denim shirts, black ties and a navy blue jumper. The overall cost of the outfit comes in at approximately £2150. 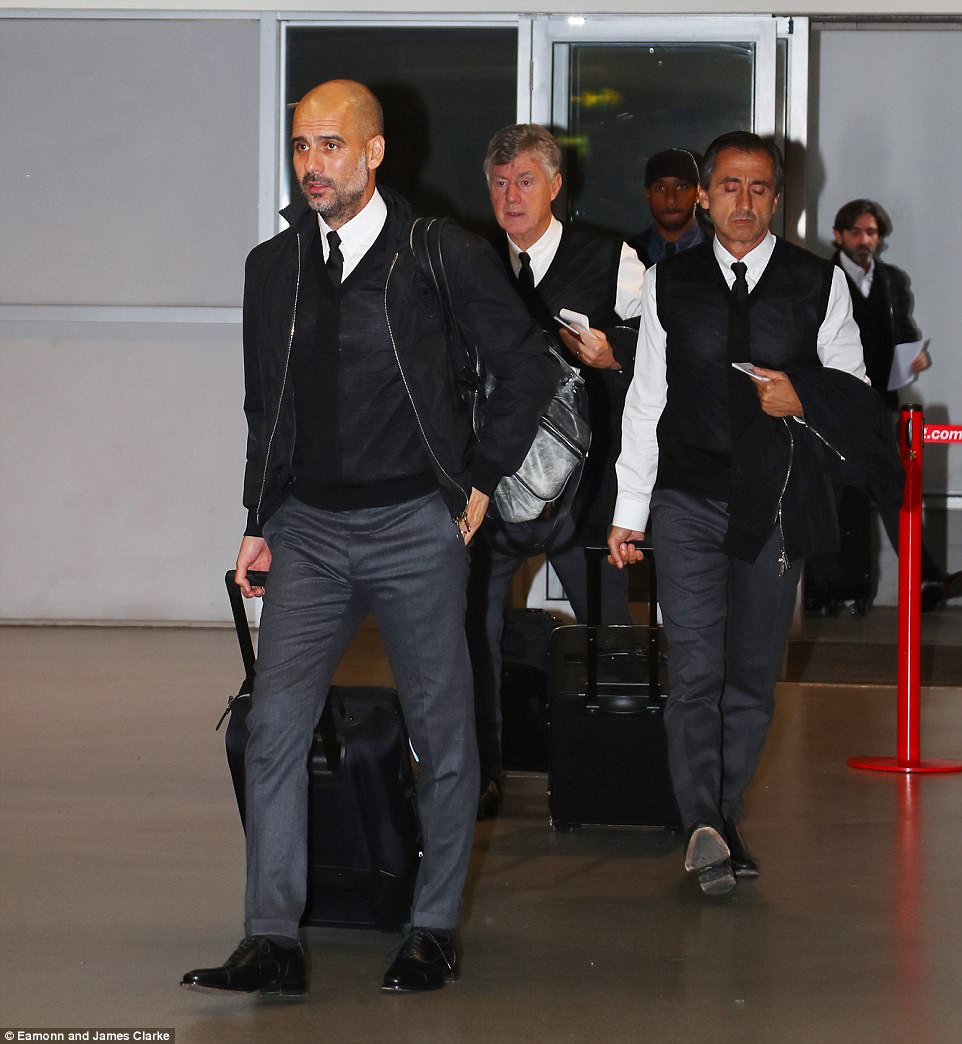 The denim shirt is £345 while the tie, which is personalisd for City’s squad, are priced at £100. The bomber jacket costs around £600.

City often take off for Champions League games in similar attire due to a partnership the club has with renowned Italian fashion brand DSQUARED2.

Guardiola’s men face Serie A table-toppers Napoli knowing that three points will be enough to book their place in the last 16 of the Champions League. 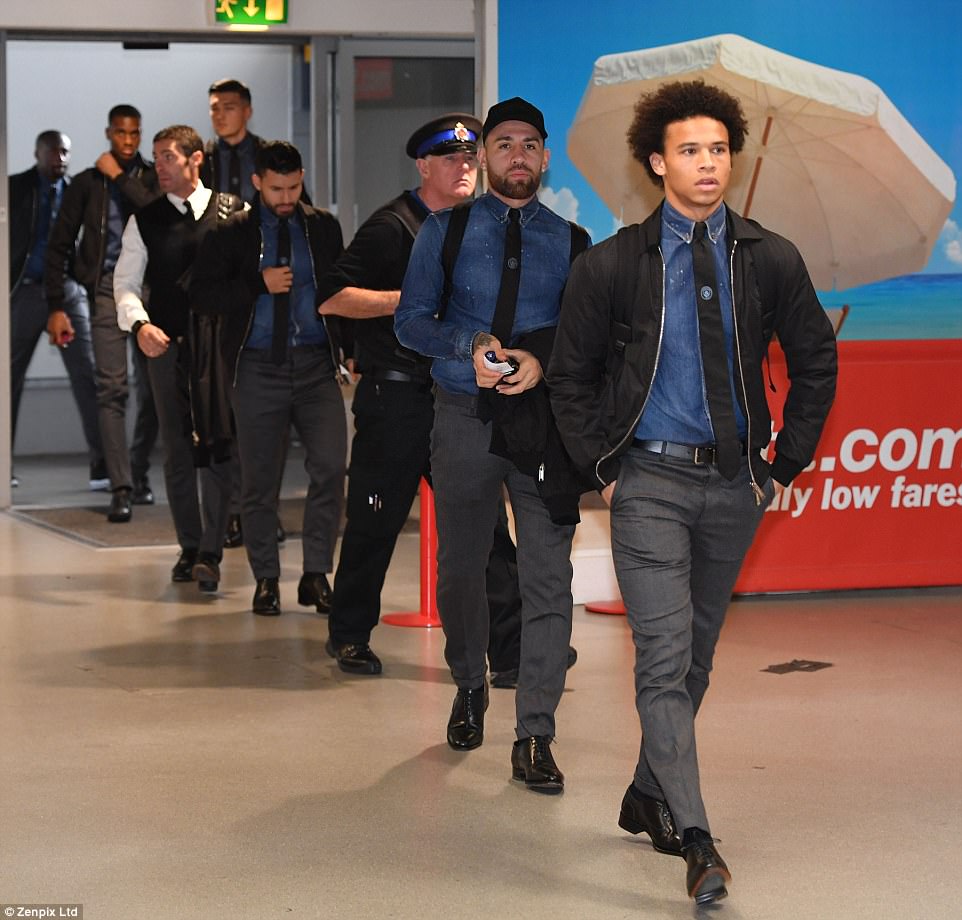 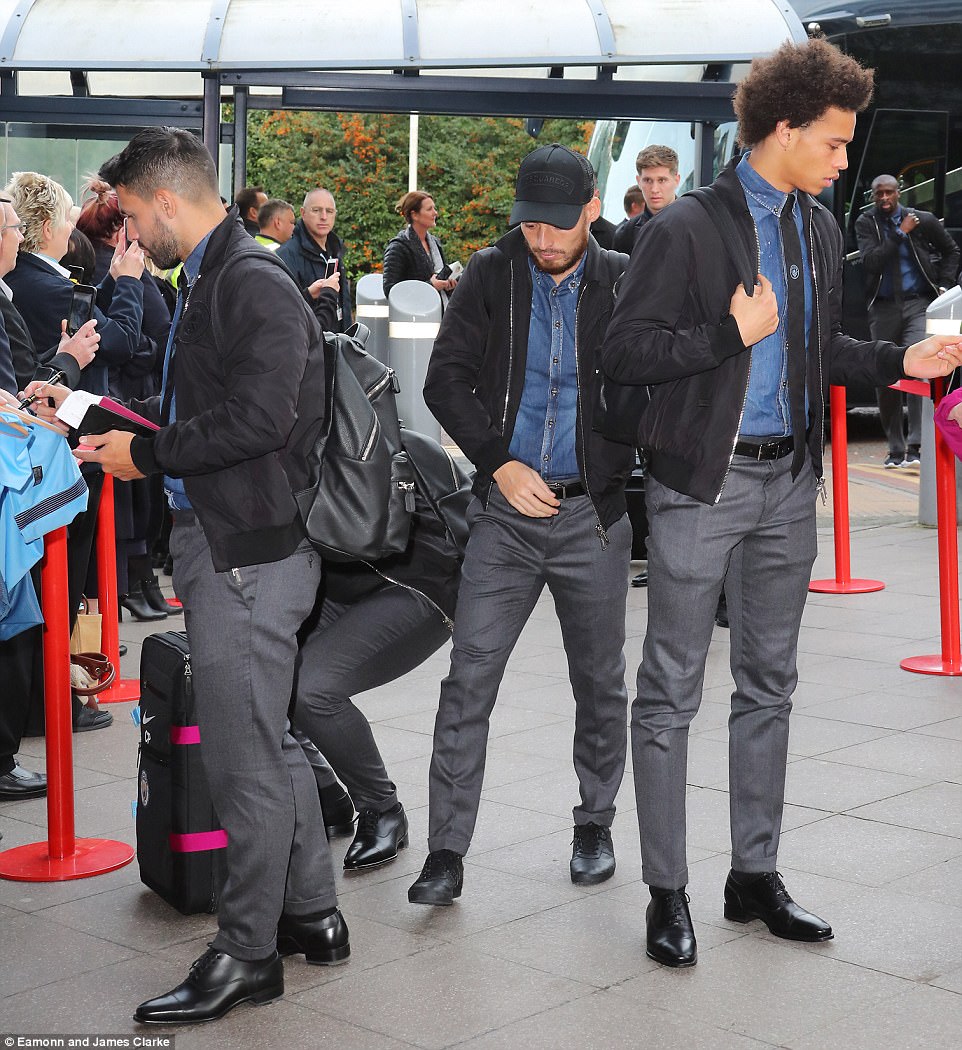 So how much will it cost you to dress like Aguero? 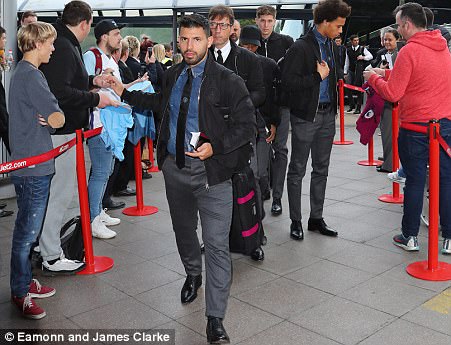 Watching the Manchester City players stride through the airport en route to Naples is a master-class in how money can buy you everything…but class.

Their pre-match attire is a toe-curling collision of styles, proving the well-worn fashion adage that smart and casual will never be comfortable bedfellows.

The squads’ ‘lightly distressed’ slim fit denim shirt from DSquared may set you back £345…but it’s a sartorial disaster when strangled by an official City tie.

Manchester’s biggest guns look like rebellious schoolboys who’ve switched out their crisp white shirt for something a little edgier.

And teaming it with the kind of grey wool strides – an eye-watering £455 – that a City worker might wear only adds injury to insult.

Further crimes? A black cap and £405 shiny smart shoes – these words should not appear in the same sentence. And all of this in Italy, where looking chic comes effortlessly.

Femail’s advice? Sack the stylist and stick to a perfectly tailored whistle-and-flute next time…

City have three wins from as many games so far in Group F and defeated Napoli 2-1 in the encounter between the two in Manchester earlier this month.

They are also first in the Premier League with 28 points from 10 matches and warmed up for Wednesday’s Napoli clash with a 3-2 win over West Brom.

City star Kevin De Bruyne believes that qualifying for the last 16 of the Champions League after only four matches would be the perfect preparation for playing Arsenal in the Premier League on Sunday.

‘That would be a nice position for us to be in and then hopefully we can get another good result against Arsenal on Sunday and put some pressure on the rest of the teams,’ De Bruyne said. 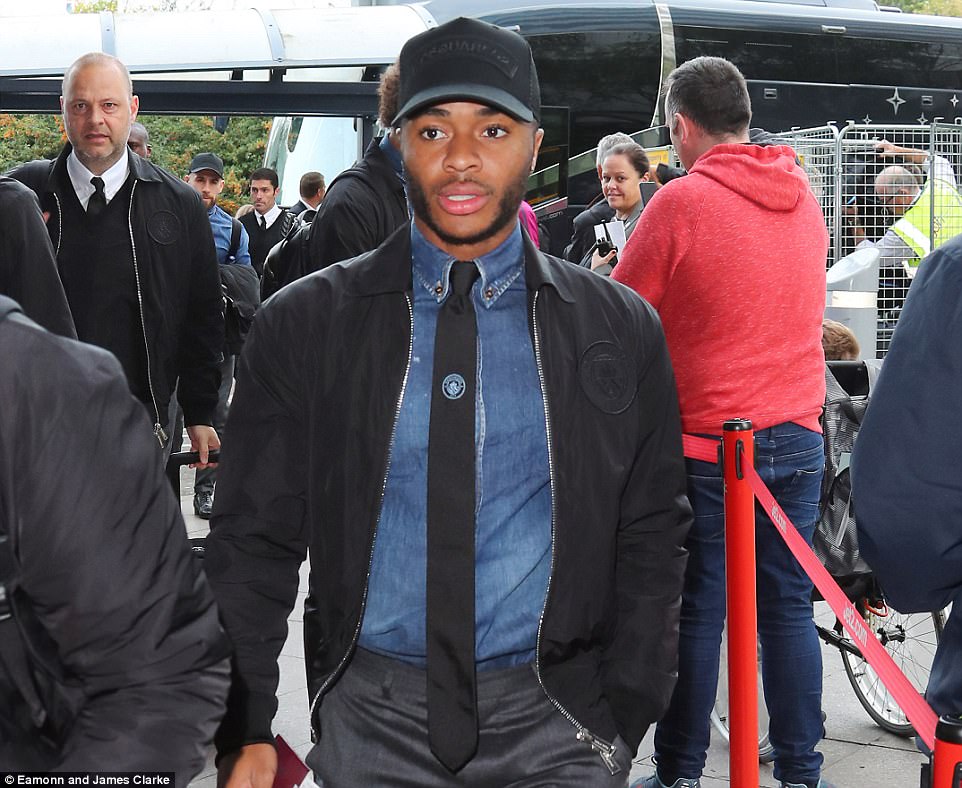 Like team-mate Delph, Raheem Sterling wore a cap with his City clothing and had the tie at a long length

‘It’s important just to get qualified and not about thinking about what it might mean, whether we could get a rest in the remaining group matches.

‘If we are qualified, that is done. We might then have to think about finishing first or whatever but we know if we get a point or win, we are qualified and so that’s our target.’