Manchester City jet off to Ukraine in matching outfits

Pep Guardiola’s Manchester City side were in high spirits ahead of their long flight to Ukraine on Monday afternoon.

The Premier League take on Shakhtar Donetsk in the Champions League on Wednesday night having already topped their group after winning their opening five matches.

So it comes as no surprise that City’s squad were in a relaxed mood just hours before coming up against the freezing conditions that will be awaiting them in Ukraine. 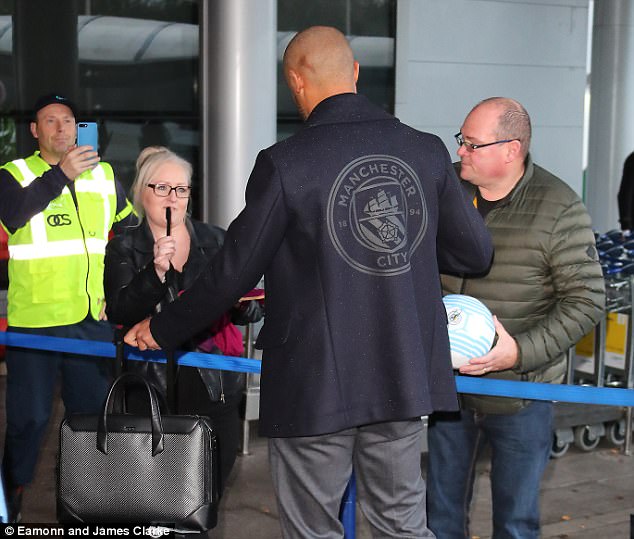 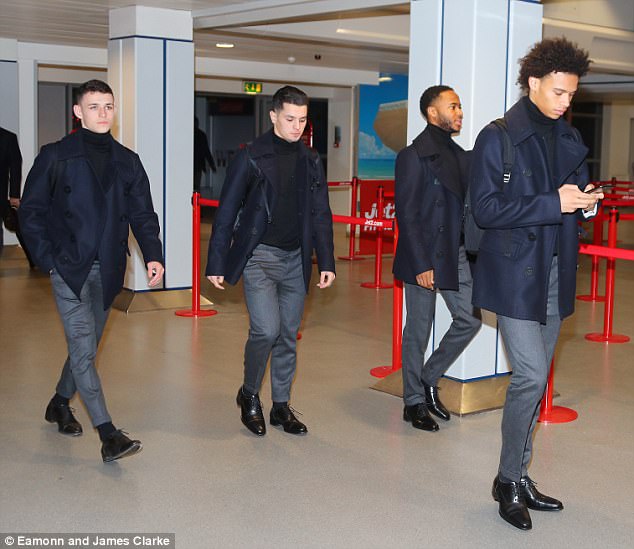 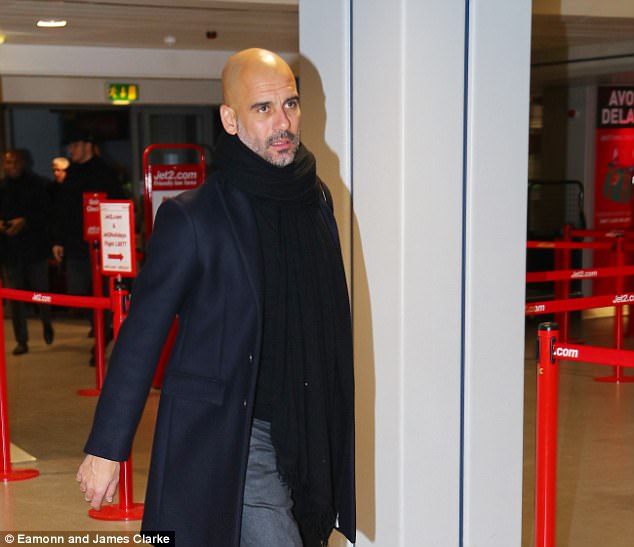 City stars including Sergio Aguero, Leroy Sane, Raheem Sterling and captain Vincent Kompany were all pictured arriving at the airport in their matching crisp suits.

Guardiola and his team arrived at the airport on Monday afternoon donning navy blue jackets, black jumpers and grey trousers.

Belgium international Kompany was snapped signing autographs for fans outside the airport and City’s badge can be seen covering the back of his smart jacket.

City often take off for Champions League games in similar attire due to a partnership the club has with renowned Italian fashion brand DSQUARED2. 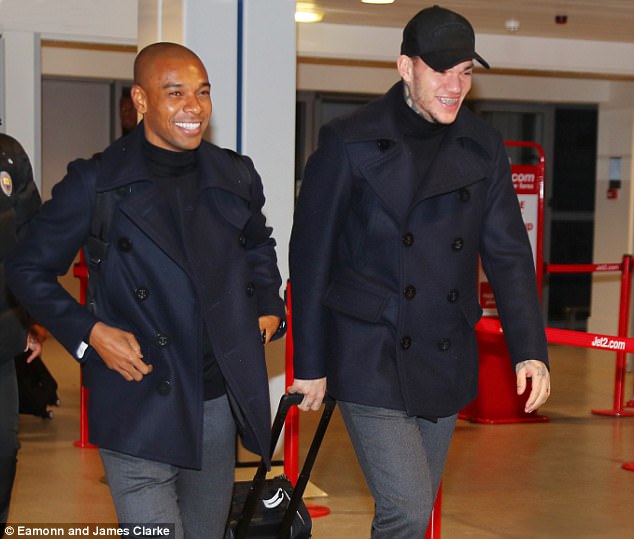 Despite the highly anticipated Manchester derby being on the horizon, the Etihad outfit will spend four days in Ukraine this week for what is a deadrubber for City.

After their four-hour flight, they will train in sub-zero temperatures ahead of their European clash on Wednesday night.

Guardiola’s men will then jet back to the North West on Thursday afternoon before their attentions turn back to Sunday’s huge Premier League clash with Manchester United at Old Trafford.

City currently sit eight points clear of neighbours United in the top flight after their opening 15 matches of the season. 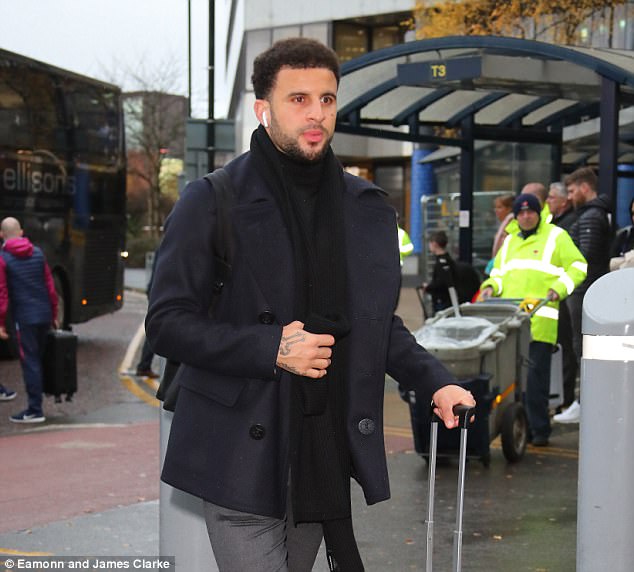 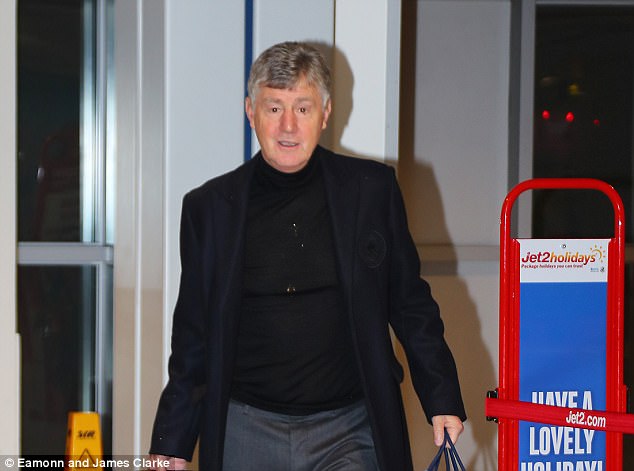