‘It’s an amazing gesture!’: Joao Cancelo praised for seeking out a young Man City fan to give him his shirt after their New Year’s Day win at Arsenal… just two days after he was attacked and left with facial injuries during a terrifying home invasion

Manchester City defender Joao Cancelo put his burglary ordeal behind him and made a young fan’s day after their late win away at Arsenal on New Year’s Day.

Cancelo, 27, was attacked in his own home last Thursday by four intruders who made off with stolen jewellery from his property.

The Portugal star, who was in the house with partner Daniela and their baby daughter when the burglary took place, revealed the extent of his facial injuries in a post on Instagram, branding the culprits ‘cowards’ while vowing to ‘overcome’ the ordeal.

Two days later Cancelo still managed to line up for City in their crunch clash with Arsenal at the Emirates, helping Pep Guardiola’s men come from behind to claim their 11th straight victory thanks to Rodri’s stoppage-time strike.

And after the game, he made 12-year-old City supporter Kailem Hayes’ day by picking out the youngster to hand him his shirt.

‘Kailem’s favourite players are Bernardo Silva and Joao Cancelo. He does love them,’ dad Mark told the Manchester Evening News.

‘He’s been quite lucky this year because we promised to take him and (friend) Luca to as many away games as we can. He’s actually received three shirts this season — one from (Aymeric) Laporte at Anfield, one from (Oleksandr) Zinchenko at Aston Villa but obviously his favourite is Cancelo so it was just perfect timing. That’s the one he feels the most about. 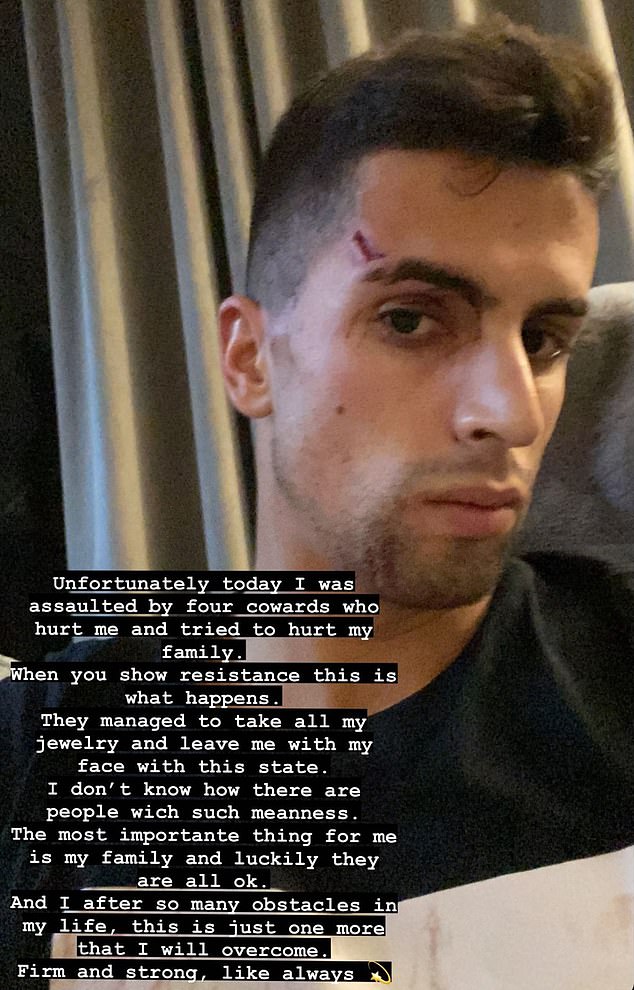 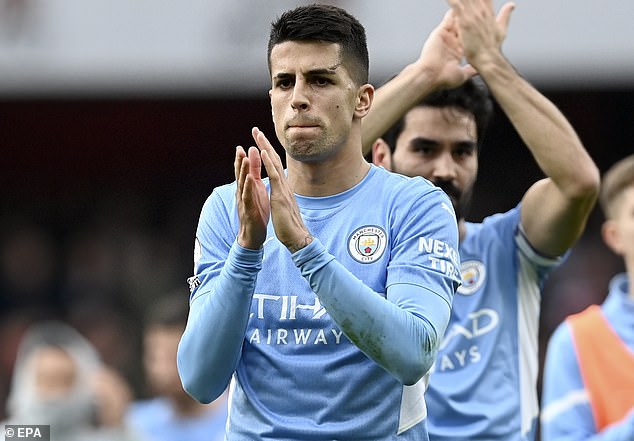 ‘We were at Brentford as well and obviously (the attack) happened after the Brentford game, we didn’t expect him to be there so there were two reasons.

‘Kailem loves Cancelo and he wanted to thank him himself so whichever way we can do it.

‘He found time to make my son’s day and we’re so grateful so we just want to thank him. It’s an amazing gesture.

‘You don’t know what has gone through his mind, he’s had a terrible ordeal, but he still found time for that. For the kids, that’s the best thing that can happen at a game for them to be recognised by a player.’