Manchester City are set to offer Riyad Mahrez a new contract after the winger played a starring role in the club’s Premier League-winning campaign.

Mahrez’s contract is due to expire in 2023, and the Algerian is known to have top clubs across Europe interested in securing his services, along with several other City players.

But comments from the 30-year-old earlier this week restated his commitment to staying in Manchester, which will be a boost for Pep Guardiola’s plans. 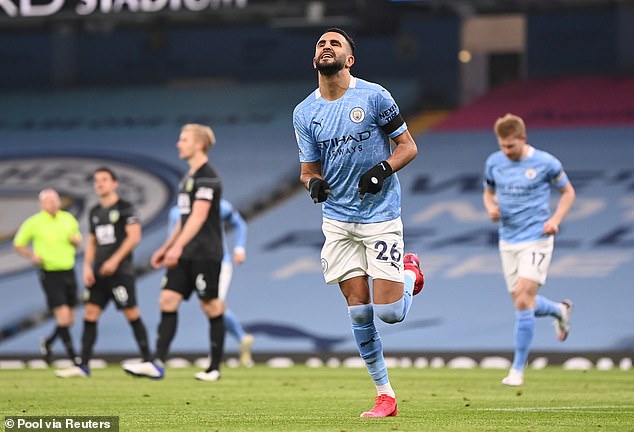 Mahrez’s contract expires in 2023. He was a key player in City’s title-winning team last season

‘What if I want to go higher? I do not see what is higher (than Manchester City),’ Mahrez said on YouTube channel Oui Hustle.

‘To try another championship (somewhere else)? No. I really love England and English football is wonderful. I don’t want to leave. I still have goals to pursue here.

‘When you see Guardiola wants you, it’s flattering. The acclimatisation here was not easy, but our relationship today, everyone knows (it is good).’ 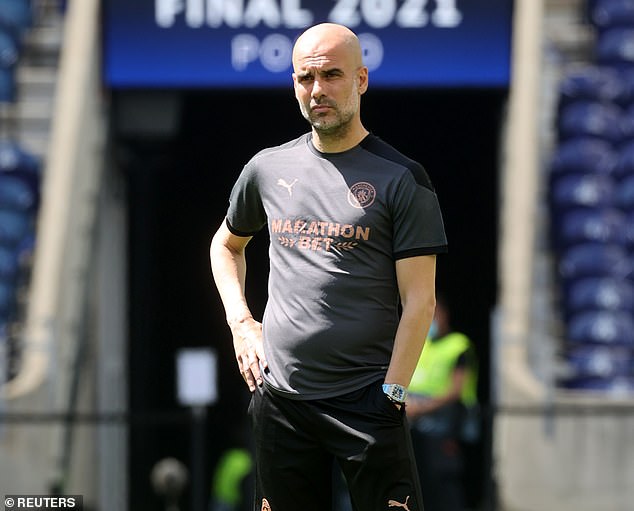 Mahrez said he has a good relationship with Pep Guardiola, who made him a first-team regular

Mahrez put in his best season for City since joining from Leicester for £45million in 2018. In 48 appearances across all competitions – including 27 in the Premier League – he scored 14 goals and produced nine assists.

With several key squad members having played at either the Euros or the Copa America, Mahrez could be extremely useful to Guardiola at the start of the new season as he has enjoyed a long rest over the summer.

The Algerian was seen partying with Borussia Dortmund striker and City target Erling Haaland on the Greek island of Mykonos last month.