Manchester City must ‘seduce’ fans to back them in the Champions League, says Pep Guardiola

‘Man City fans were at home or in bars watching Liverpool or United… that’s the culture’: Pep Guardiola says City must ‘seduce’ their supporters to back them in the Champions League

Pep Guardiola admitted Manchester City must ‘seduce’ their supporters to back them in the Champions League.

The City boss revealed that polling of the fans undertaken by the club confirmed they would rather win the Premier League.

Although Guardiola believes the culture is changing, attendances are generally down for group stage matches.

Tuesday’s clash with Dinamo Zagreb has not sold out, with general sale tickets available from £20.

‘We are going to try to seduce our fans,’ Guardiola said. ‘All I can do is say to our fans ‘come to join us and support us, these guys deserve it’.

‘It is a reality of our club, we have to accept it. We have to seduce them so they realise how it’s important.

‘I know for the fans it’s the Premier League that’s most exciting. We know that as a club, we’ve done polls, I know how special it is. But this competition is nice too.

‘They have to live it as a dream. We have outrageous players, they want to win and make a step forward too. We need the fans.’ 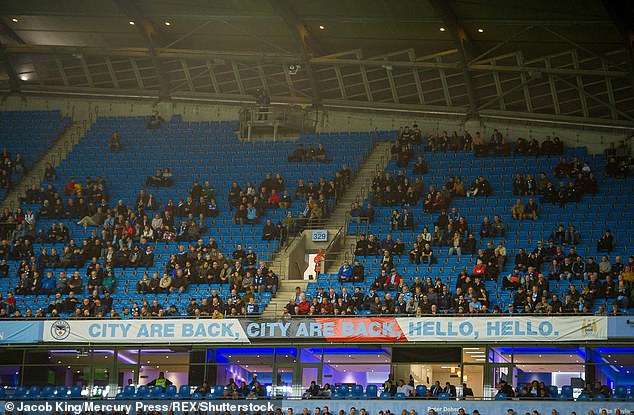 City supporters’ relations with the competition’s governing body UEFA has been historically mixed – with fans booing the Champions League anthem before kick-off. This stems back as far as as the 2011-12 Europa League, when Porto were fined a measly £17,711 (€20,000) when their fans racially abused former City striker Mario Balotelli.

City have embarked on their ninth consecutive season in the Champions League but do not hold the competition in the same esteem as some of their close rivals.

‘I think it’s because in the past they were not there at our club,’ Guardiola added. ‘We were at home in the bars, drinking beer watching Liverpool and (Manchester) United.

‘That’s the culture of the club. We are making steps as a club. I wouldn’t want to arrive once in the final then disappear for five years. I’ve a feeling we are closer but this competition is a high level, anything can happen.’

Guardiola is also refusing to put any additional pressure on himself to deliver the Champions League trophy at City.

He said: ‘If I don’t win I’m not going to kill myself. I will try my best for the next period. My first press conference in the first year here it was the same question, people said “you are here to win the Champions League?” and I said “OK”. I speak with Khaldoon (Al Mubarak), Ferran (Soriano) and they didn’t tell me that.’ 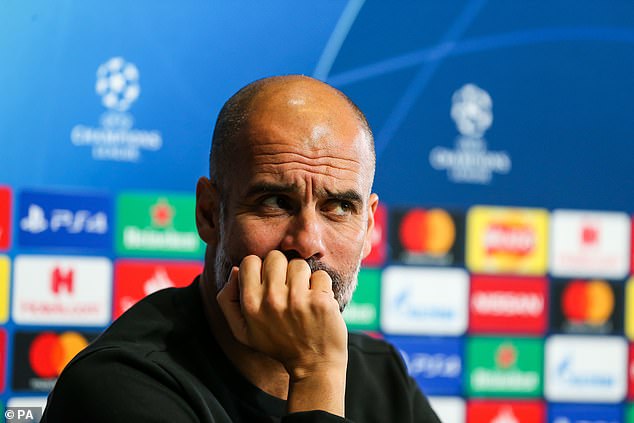