Not worried about the Champions League? Manchester City stars laugh and joke in training as Pep Guardiola’s men prepare for West Ham’s visit as they look to forget about two-year ban from European competitions

It appeared that Pep Guardiola’s squad didn’t have a care in the world on Tuesday as Manchester City’s stars laughed and joked with one another during a training session.

Riyad Mahrez and Co were in a jovial mood as they prepared for West Ham’s rescheduled visit to the Etihad on Wednesday, after the fixture was initially postponed by Storm Ciara.

It seems Friday’s announcement that the club would be barred from participating in European competitions for the next two seasons was all but forgotten about and that the whole situation had brought them closer as a group. 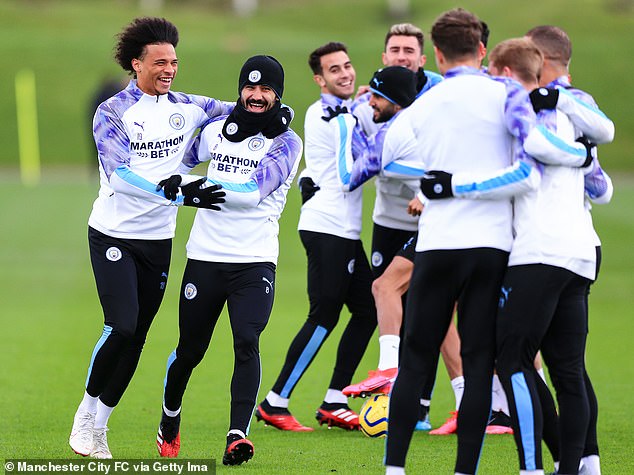 City also face the possibility of being stripped of their Premier League title won in 2014 if a separate Premier League investigation were to find that they had breached financial rules – something the club strongly deny.

City believe they can overturn the ruling and are preparing to take the case to the Court of Arbitration for Sport – who earlier this season reduced Chelsea’s transfer ban on appeal from two windows to one.

While their future remains muddied for the near future, Guardiola is desperate to refocus his players’ attention towards their game against the Hammers at the Etihad.

Guardiola has yet to comment publicly on the ban, but will be braced for questions, including those on his own future, in his post-match press conference. 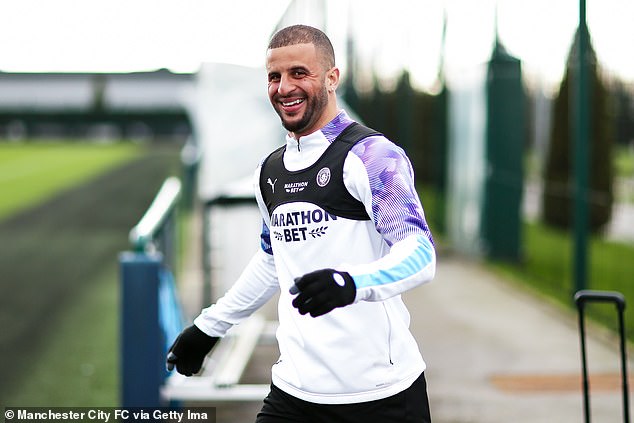 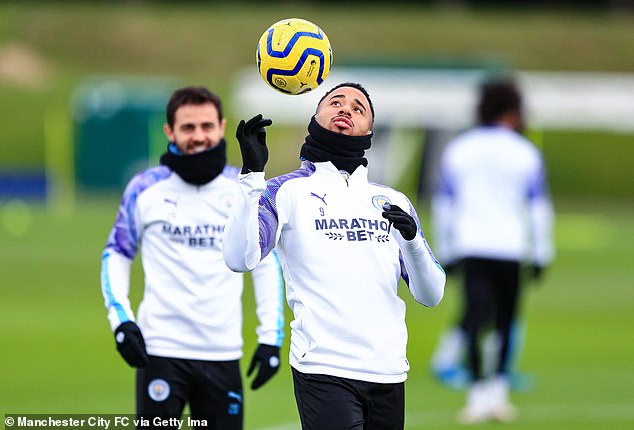 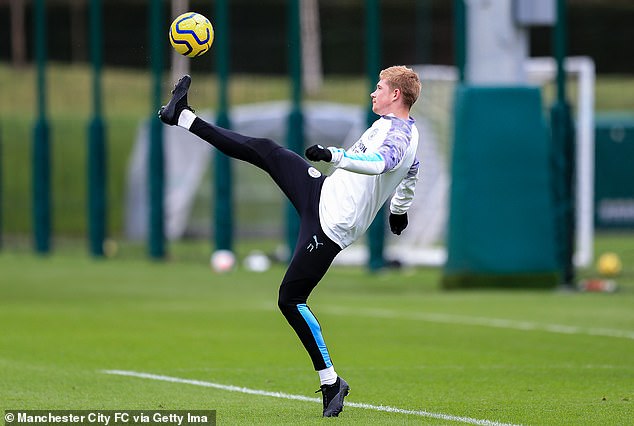 City stated on Friday evening that they would appeal against the decision to the Court of Arbitration for Sport, describing the process as ‘flawed and consistently leaked’.

The club’s chief executive Ferran Soriano briefed the players in person when they returned to training on Saturday afternoon.

City will be bidding to cut Liverpool’s huge lead at the top of the table back to 22 points when they return to action after their winter break.

Amid all the off-field uncertainty, City fans will take solace in the possible return to contention of Leroy Sane, Benjamin Mendy and Aymeric Laporte, who were all pictured in training.

Sane has not featured since tearing a cruciate ligament in the Community Shield win over Liverpool in August. 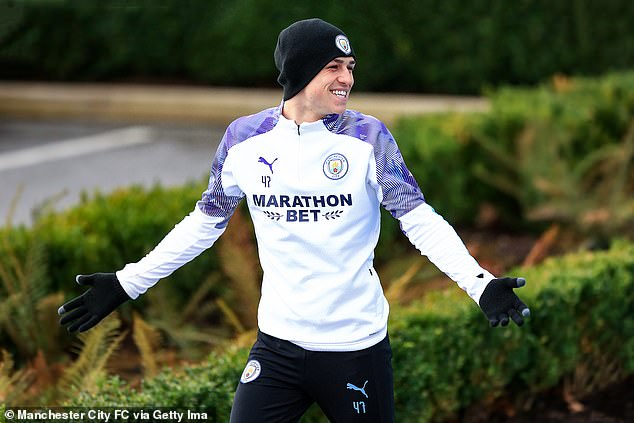 Mendy has missed the last four games due to an unspecified knock and French centre-half Laporte has managed just one game since recovering from a knee ligament injury sustained in August.

Their return to fitness will be a massive boost for Guardiola, whose side sit one point above third-placed Leicester.

Raheem Sterling misses out due to a hamstring injury and Oleksandr Zinchenko is suspended following his dismissal for two bookable offences in City’s 2-0 defeat at Tottenham last time out.