Manchester City have returned to home soil after their victory in the Champions League against Schalke on Wednesday night.

The Premier League champions were pictured arriving at Manchester airport after they had to come from behind to snatch a 3-2 victory in the first leg of their last-16 tie.

Raheem Sterling scored a later winner at the VELTINS-Arena after Leroy Sane levelled following a brace of penalties from former Tottenham midfielder Nabil Bentaleb. Sergio Aguero had initially given City the lead. 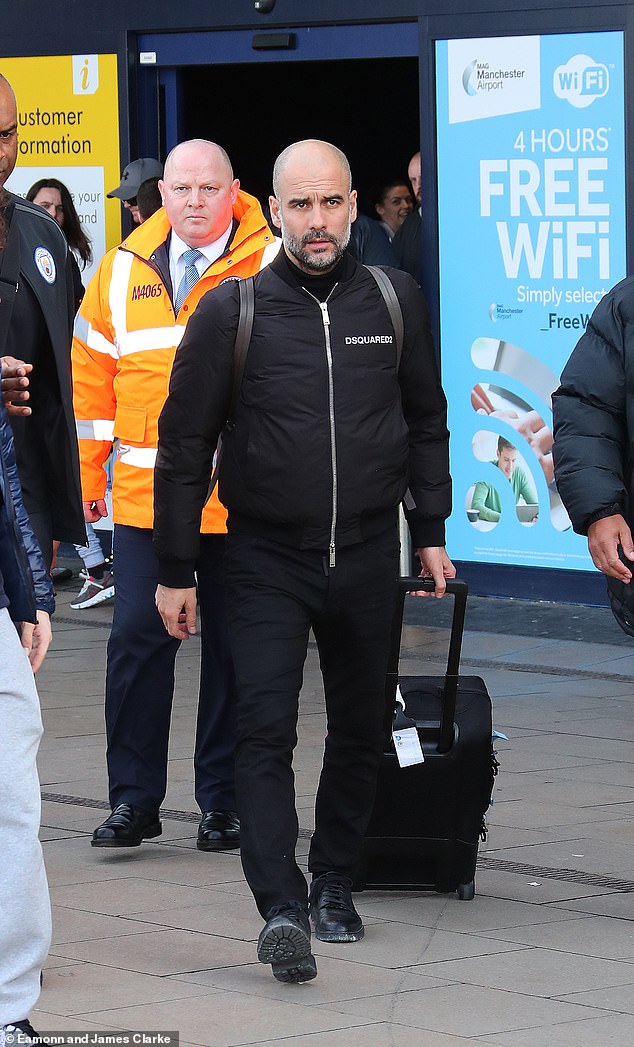 Pep Guardiola’s side will now switch their attention to winning the first trophy of the season when they come up against Chelsea in the Carabao Cup final on Sunday.

Sergio Aguero and Co were seen exiting the arrivals area of Manchester airport following their flight back from Germany and were instantly swarmed by fans.

City’s stars once again looked sharp in matching blue jumpers designed by DSQUARED2 as they wore the same outfit as they did for their flight out to Dusseldorf.

They players looked to be happy with the outcome of their most recent European trip and Aguero in particular had a big grin across his face.

Guardiola marched out of the airport in all black as he now begins his preparation for Maurizio Sarri’s side this weekend. 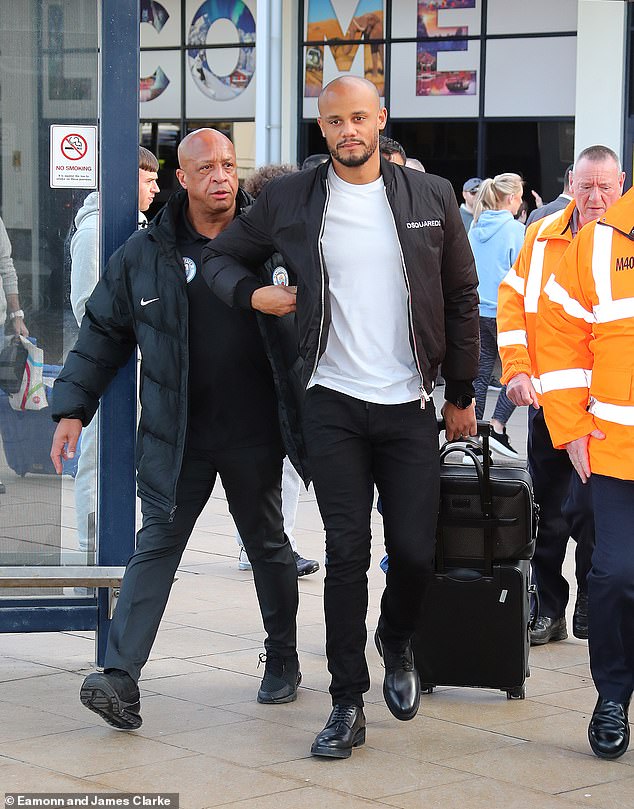 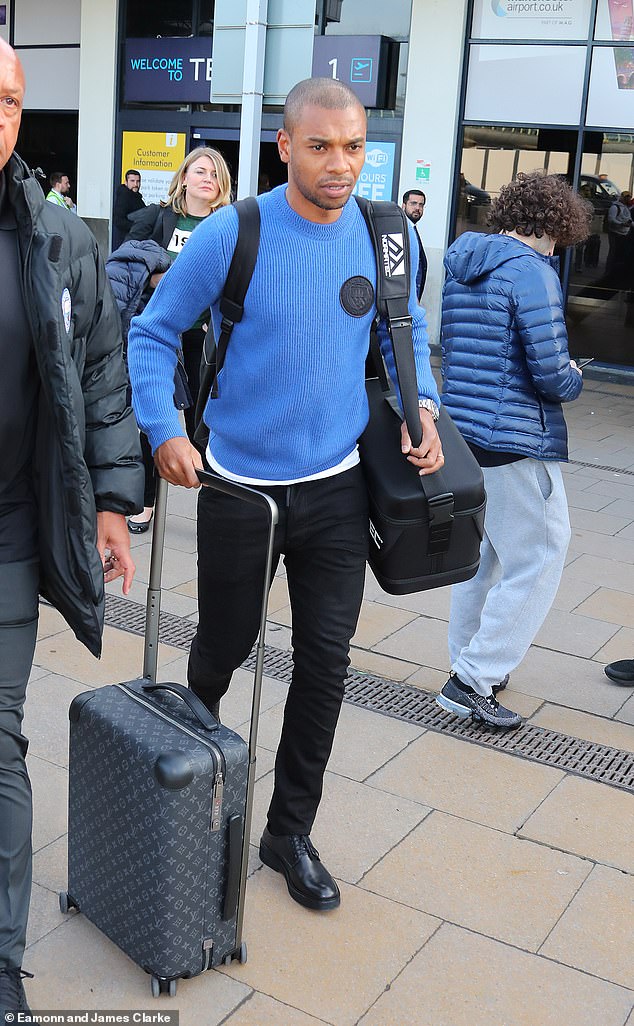 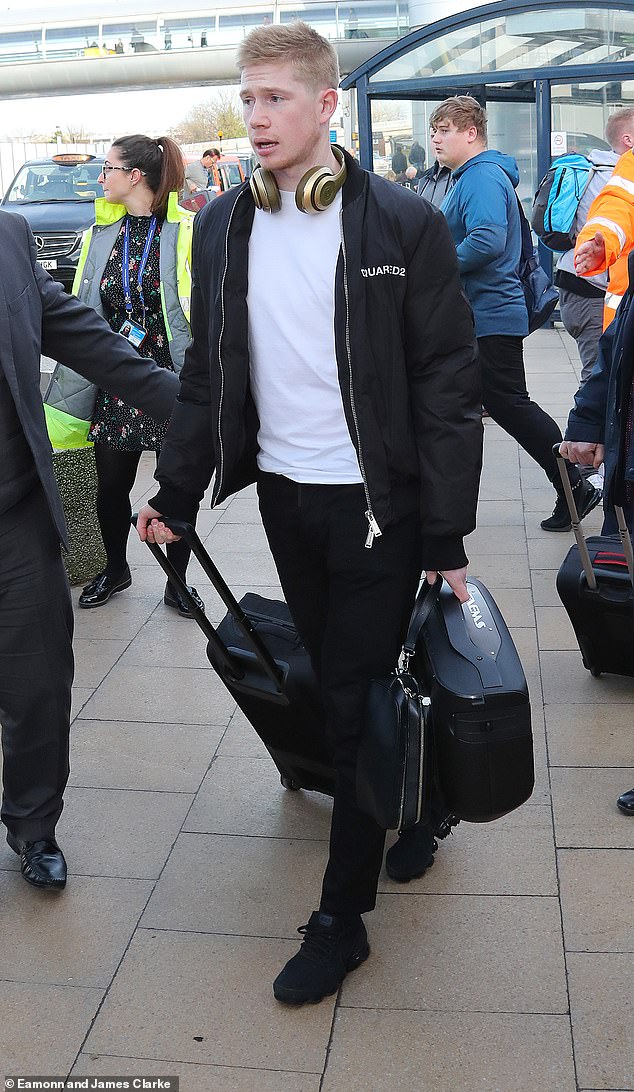 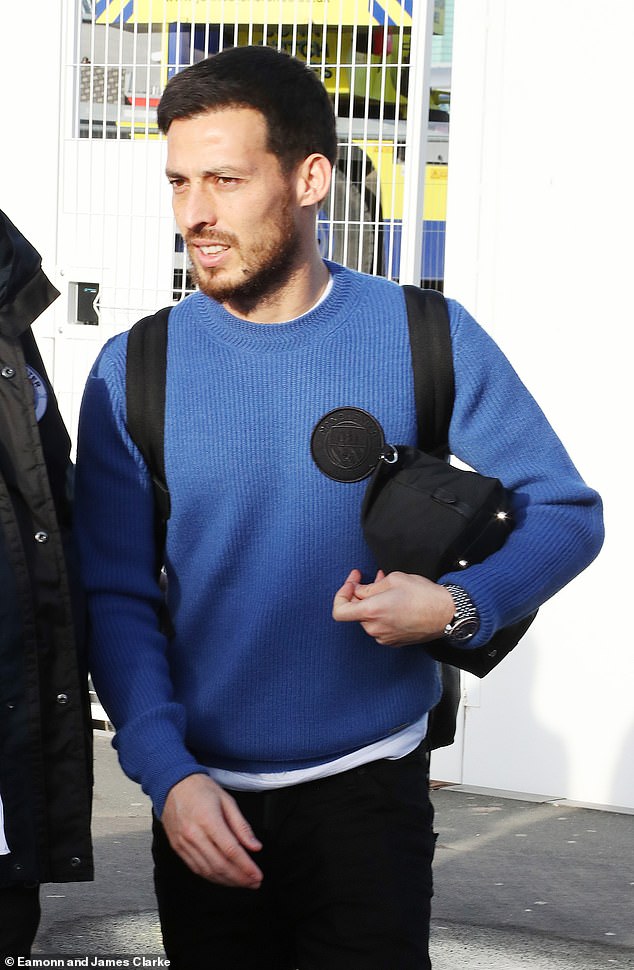 City recovered from a VAR row and a contentious red card to claim a dramatic win at the Veltins Arena.

‘Always we keep fighting until the end,’ said defender Laporte.

‘The team have the quality to make these kind of things (happen). We are very happy that we won this game. I think it was difficult. It is not easy playing with 10 guys in the pitch against 11.

‘Now we have to be focused on the next game and the next one, always keep improving and win these kind of games.’

City are looking to retain the League Cup trophy they won 12 months ago. They blew Arsenal away in last year’s final, winning 3-0 at Wembley.