Pep Guardiola took the decision to keep his side in Germany to train for their return to domestic action this weekend.

City came from behind on Tuesday night to beat Hoffenheim 2-1 in the Champions League owing to a late goal from David Silva.

But it’s all focus back on the Premier League this weekend, however, with table-toppers City travelling to Merseyside to take on fellow high-flyers Liverpool on Sunday afternoon. 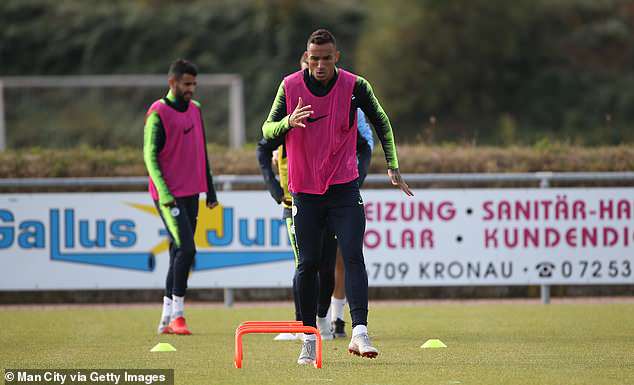 Instead of travelling back to Manchester immediately, City took the time to train out there 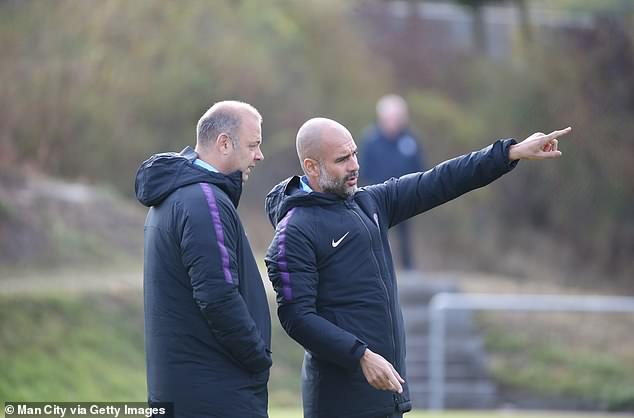 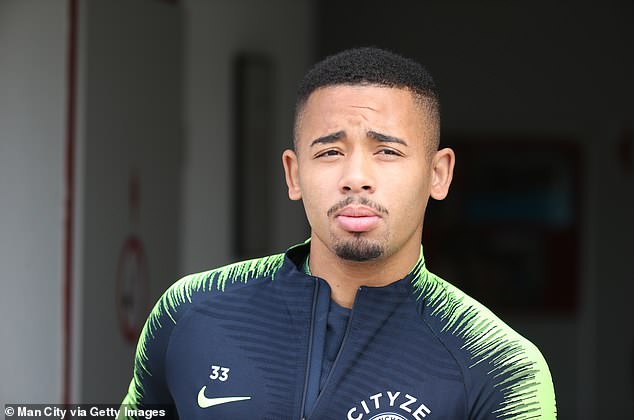 With the Reds clash in mind, Guardiola, who was understandably all smiles at the training ground, oversaw Wednesday’s session, which took place in Bad Schonborn, just 10 miles outside of Hoffenheim.

City underwent a light session which included fitness drills and a small training match as they recovered from Tuesday night’s exertions.

Sunday’s clash with Liverpool could very well represent a six-point swing should one side come out on top – given both sides sit locked on 19 points at the top of the table with City’s goal difference the only thing to separate them. 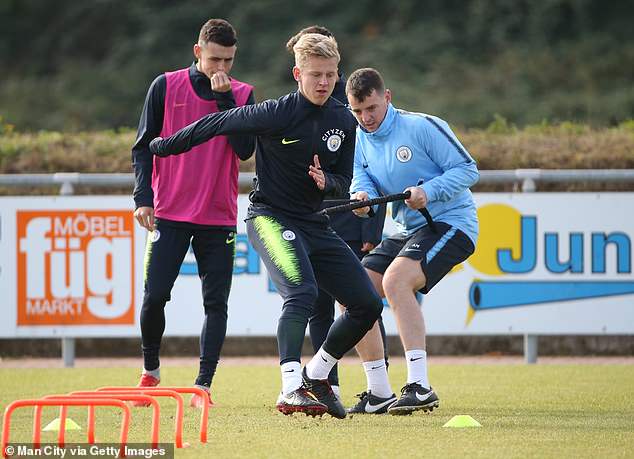 Oleksandr Zinchenko in action during training at the Sportpark-Arena Pronto 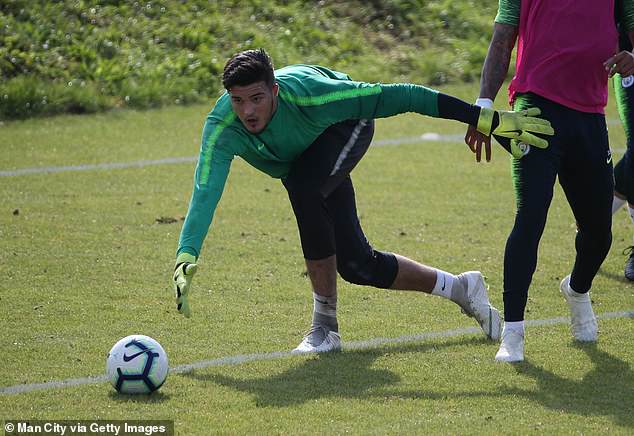 Are Muric, City’s reserve goalkeeper rolls the ball out during a drill in Bad Schonborn 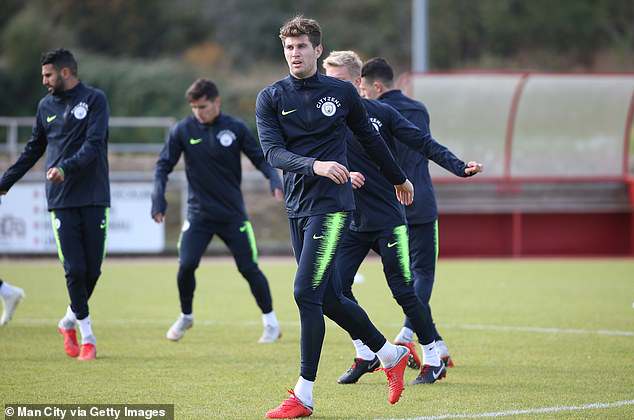 Speaking to Sky Sports ahead of the clash, captain Vincent Kompany said: ‘It’s a big game – both teams are at the top of the table and playing well but it’s too early in the season for it to be a defining match, but it certainly feels a lot more than just three points is at stake.

‘These are the games you want to win. They are a team in form and at Anfield, we know this will be a difficult game for us, but I think this City side has shown in the past that we are always up for these games.’

Sunday’s fixture will also be each side’s last chance to stake their claim for top spot before heading into the international break. 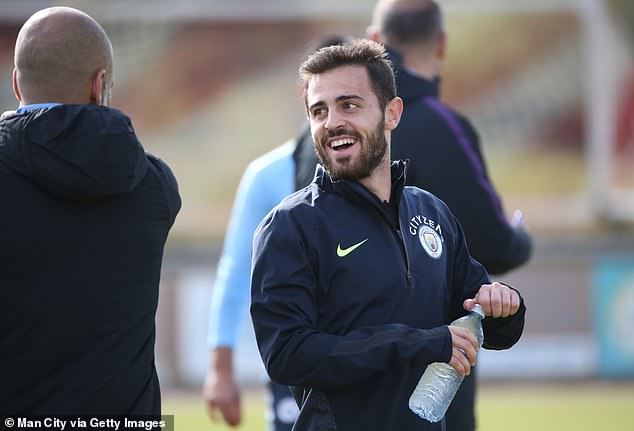 Bernardo Silva, who is enjoying a great start to the season, appears in good spirits 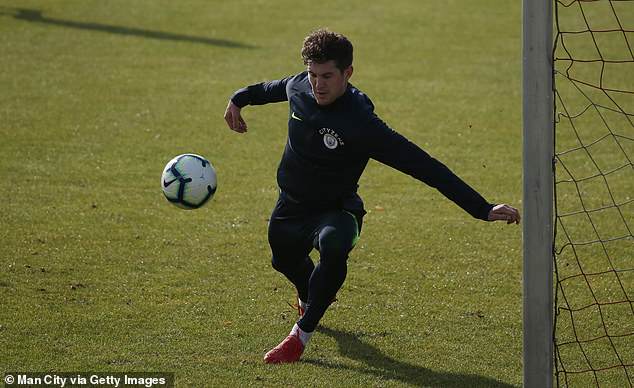