Manchester City will face a familiar type of threat should Amer Gojak line up against them for Dinamo Zagreb on Tuesday night.

Just 22, Gojak has attracted plenty of Premier League scouts to Dinamo matches over the last year and has a burgeoning reputation in the Bosnia and Herzegovina team. His style is typical of what Pep Guardiola encounters in England most weeks.

The midfielder – who can operate as a No 10 or in a deeper role – has found himself in and out of Nenad Bjelica’s side so far this season but scored the goal that secured Champions League qualification away at Rosenborg.

That finish, an equaliser on the night, underlined his capabilities. He barged through midfield single-mindedly before rattling right into the top corner from 25 yards.

Add that to three goals and two assists over the last international break and a few clubs, including West Ham, Southampton and Celtic, are beginning to take notice. There is interest from Spain and Germany too.

Tipped as a future international captain, the versatile Gojak is ably supplementing the threats of Edin Dzeko and Miralem Pjanic.

Described as one of the brightest young midfielders in Europe, Gojak has a strong engine, a willing presser of the opposition and often runs towards 12 kilometres per game. Constantly desperate for the ball, he offers Dinamo an attacking impetus.

He is adept at arriving late in the box and could cause City some problems at the Etihad Stadium of afforded the opportunity. 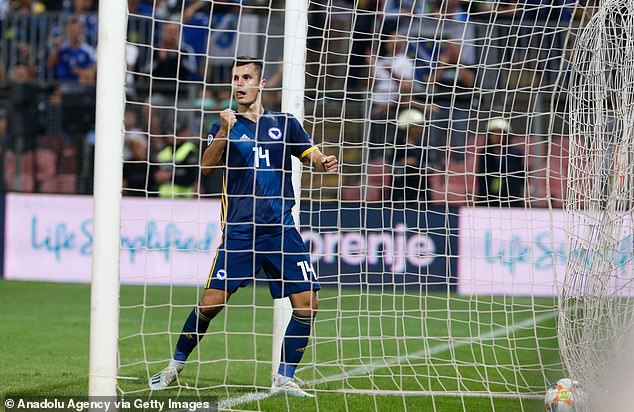