By Claire Bloomfield For Mailonline

Manchester City’s Champions League last-16 tie against Atletico Madrid is finely poised after a 1-1 draw at the City Football Academy on Toni Duggan’s return to the club.

The FA WSL runners up couldn’t quite undo the hurt heaped on Nick Cushing’s side after being knocked out of the last edition of the competition by the Spanish champions in the round of 32 (3-1 agg), but a quarter-final date is still within their grasp.

After netting a hat-trick in the 4-0 second-leg win over Lugano in the previous round, it was Janine Beckie who again opened the scoring for City inside 15 minutes.

After being played in by a neat deflected ball from Kiera Walsh, the Canadian fired a thunderous shot past a helpless Sari van Veenendaal and into the top corner – her fifth Champions League goal of the season.

Atletico levelled the scoring 10 minutes from time through Charlyn Corral after out muscling City full-back Demi Stokes and rolling her effort into the bottom of the net. 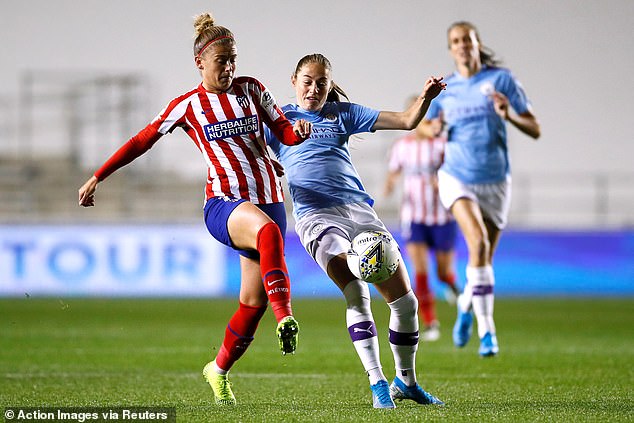 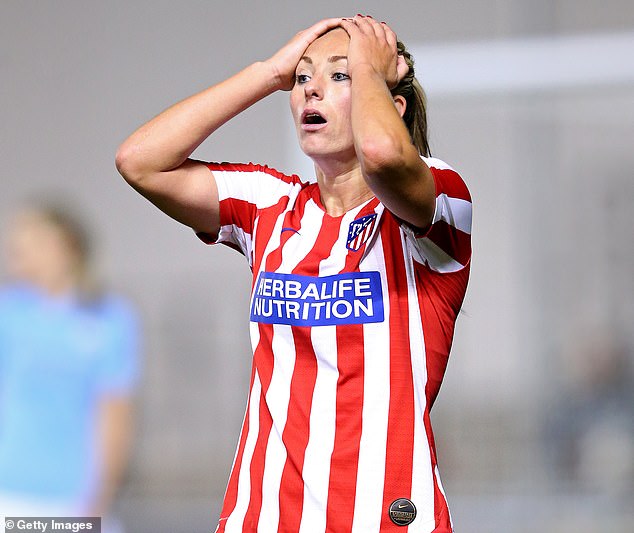 Cushing’s side now make the trip to the Spanish capital on Wednesday 30 October.

Arsenal are within touching distance of a place in the quarter-finals after Dutch international Vivianne Miedema scored four times in the FA WSL champions 5-2 win away to Slavia Prague.