Manchester City’s academy stars could be in the first team soon, so are the kids alright?

Consciously or otherwise, Manchester City’s academy appeared to hit the reset button three years ago. The club’s former head honcho, Mark Allen, had left for Rangers in the weeks after a Premier League ban on signing young players and Jason Wilcox was handed the reins.

Wilcox, a title winner at Blackburn Rovers in 1995, set about changing the culture – primarily the wages spent on teenagers, which have steadily decreased since. Despite the £200million City Football Academy’s launch in 2014, it feels as if they remain nearer the beginning of their journey than the end.

‘I don’t envy Jason’s job, it’s really tough,’ one source said. There are a number of reasons for that and those are sharpened during a week in which City faced up to the potential of a two-year expulsion from the Champions League. The noise outside focuses on a possible squad exodus, diminished revenues, and as such there are glances towards an operation that has not yet brought through the number of quality products some rivals have managed. 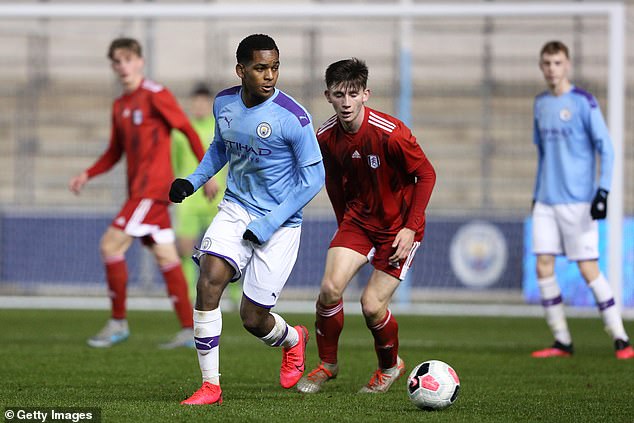 With the ability housed on the other side of a ceremonial bridge at the Etihad Stadium, symbolising the pathway to first-team football, the time is approaching for City to make sure more than merely Phil Foden break in.

The academy is a long and complicated story. Pep Guardiola has handed 13 debuts to academy players since his arrival but some around City – and certainly many more from elsewhere – cry tokenism.

In truth, Guardiola’s internal pressure is on building a team to win titles. Without direct orders, few managers in world football would primarily focus on youth progression. City have accelerated into a different stratosphere and the academy has not caught up. ‘You need to be a readymade £50m player to get in at City,’ a source said. ‘How realistic is that?’

Guardiola earmarked local lads Taylor Harwood-Bellis and Tommy Doyle as future stars during last summer’s ill-fated tour of Asia, with both playing for the Catalan this season. Doyle, a cultured midfielder, will captain the Under-18 team that host Burnley in the FA Youth Cup sixth round later this month. Crucially, both players have family affinities with the club. 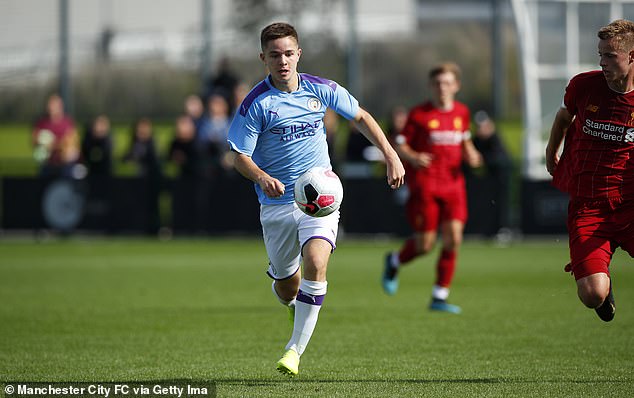 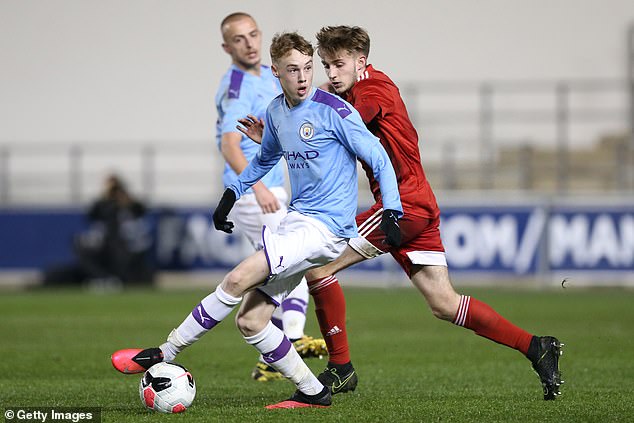 The primary focus has to be development but the financial aspect is something you cannot hide from: City make millions from their academy. Last season alone they recouped somewhere close to £50m in the sales of academy graduates, including Rabbi Matondo to Schalke for £10m. That also took in Brahim Diaz’s transfer to Real Madrid, despite the club’s attempts to keep the forward.

Clearly, they were desperate for Jadon Sancho to remain as well but his need for immediate senior football put paid to that. City will not want similar happening with 17-year-old Dutch winger, Jayden Braaf, who is in Sancho’s mould. Braaf is already being watched by a host of European clubs and hankers first-team football.

Tens of players are out on loan across the globe. There have also been questions raised over the wisdom of signing left backs in consecutive seasons if development is truly the prevailing aspiration.

So those at the top have a balancing act – and one that will not please everyone, or anyone, all of the time. Wilcox is understood to have a significant say in team selection across a number of age groups, while there has been a turnover of staff. Under-23 manager, Paul Harsley, is expected to leave once his contract runs down, while Gareth Taylor with the Under 18s is a highly thought of coach.

Sources claim that fostering a greater link between the first team and academy is necessary, suggesting Guardiola or his eventual successor should have a say in who becomes the next Under-23 boss. 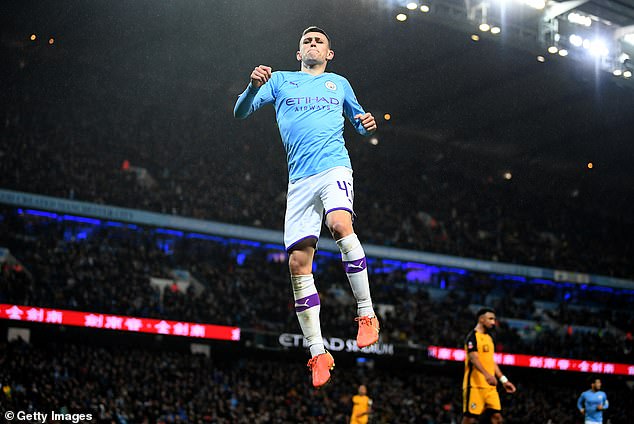 Guardiola often invites youngsters to train with the squad, personally calling for 16-year-old Australian midfielder Alexander Robertson – taken from Manchester United – on a number of occasions. ‘That is their chance to get in front of the boss,’ a source said. ‘It’s up to them whether they grasp it or not.’

Sergio Aguero, David Silva and Guardiola’s assistant, Rodolfo Borrell, have been credited with helping teenagers settle in during sessions. Fernandinho is by far the most welcoming.

Some youngsters are privately disappointed they are merely used as ‘cones’ to set up in an opposition’s formation, while others have thrived. Some believe there is a bias towards Spanish players, others claim the English youngsters are treated differently. The reality, as with so much, is probably in between.

Regardless, it does feel as if we are approaching a crux in the destiny of City’s academy. Among a few others, James McAtee, Jayden Braaf, Cole Palmer, Liam Delap and Lewis Fiorini should be names City supporters are familiarising themselves with. Their progression over the next two years should be the determining factor as to whether this is really working. For right now, nobody truly knows. 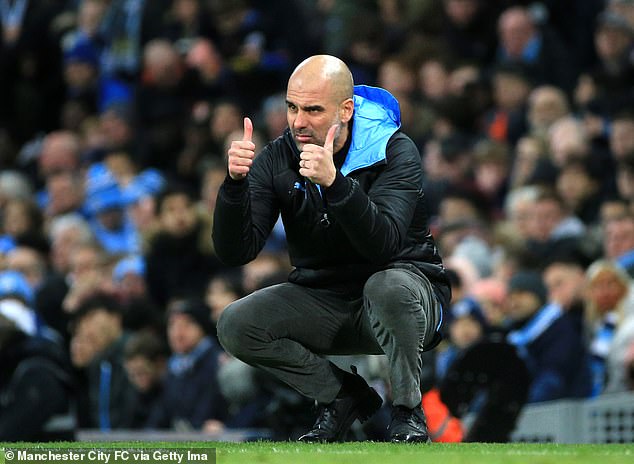