So, worst case scenario, Manchester City can’t be caught. The lead, five points as it stands now after just 10 games, continues to grow. Over 38 matches, they exert their superiority. Try as they might, Manchester United and Tottenham fall away. What then?

Well, it may not be as bad as you think. Watching Tottenham run amok against Real Madrid at Wembley, seeing Manchester United cruise through qualifying, all is not lost.

Even if City do take the Premier League, that does not mean they cannot be beaten in Europe. These are set-piece events in a cup competition. The best team doesn’t always win. 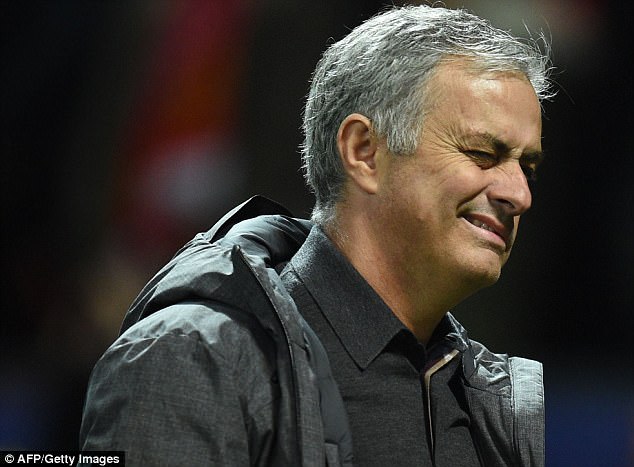 Jose Mourinho has conquered Europe twice. Either time, did he have the best team? Quite probably not. Manchester United should have beaten Porto in 2004 and the rearguard action that took Inter Milan past Barcelona in 2010 was staggering. Mourinho set his players up magnificently in both campaigns, just as he did when steering United through the Europa League last season.

A brilliant 90 minutes has a greater impact in Europe than it does domestically. Mourinho may well have a plan to halt Manchester City when the clubs meet on December 10, but if City are better over 38 games it can only have limited impact.

In 2013-14, Mourinho’s brilliantly organised Chelsea side defeated Manchester City home and away. It didn’t matter — over 38 games, City won the League, four points ahead of Chelsea, who came third.

If City gain five points on Manchester United every 10 games this season, they can lose to them twice and still win the League by 13 points. 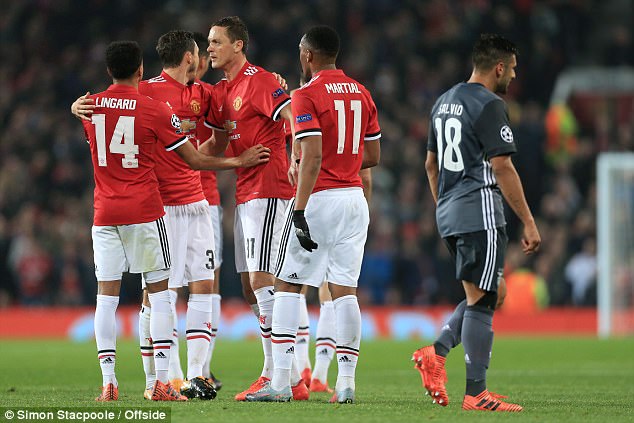 Cup competitions are different. Manna for a tactician like Mourinho, in fact. His 0-0 draw at Anfield would have been a great result in a Champions League knockout game. Get them back to Old Trafford, win, and you’re through. Indeed, if Manchester City went head to head with Manchester United over two legs in Europe, Mourinho’s unapologetic pragmatism would be to his advantage.

Pep Guardiola plays his way. He will not change. His believes in his methods and has the track record to support his argument. Mourinho is not so proud.

He adapts to the circumstances, even if it makes him unpopular. Inter Milan swept Barcelona aside in their first leg in 2010 then defended magnificently when the occasion called for it in the return — particularly once reduced to 10 men.

Mourinho would have no qualms about stifling any game if necessary. He would be an extraordinarily dangerous Champions League opponent for Guardiola.

Now consider Tottenham. The problem is obvious. In a run stretching back to 1998, the club have won four of 86 away matches against Manchester United, Chelsea, Liverpool and Arsenal. Last week’s defeat at Old Trafford was typical of the malaise. 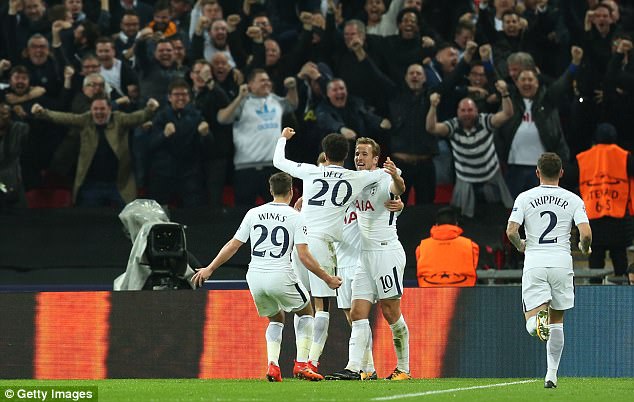 Even without Harry Kane, Spurs looked good in the first half, but confidence failed them, they faded after half-time and United deserved their victory. It is hard to win the League with such a poor record against immediate rivals.

But cup football is random. Tottenham may not have to overcome feelings of inferiority at Old Trafford to win in Europe, a rival could dispose of United for them.

In 2011-12, Chelsea lost three and drew two of their six Premier League matches against Manchester City, Manchester United and Arsenal, the top three. It didn’t stop them winning the Champions League, however, because Bayern Munich and Napoli took out City at the group stage, where Basle and Benfica did for Manchester United. AC Milan then dispatched Arsenal in the last 16.

In some sports, golf, for instance, or much of athletics, the winner has to beat the field. But cup football is like tennis. Andy Murray did not have to defeat Roger Federer to win the 2012 US Open because he was eliminated by Tomas Berdych. At Wimbledon in 2016, Federer and Novak Djokovic were conveniently taken out by Milos Raonic and Sam Querrey.

That is the nature of knockout competition. What if Guardiola’s Manchester City were drawn against Paris Saint-Germain in the quarter-finals? There are all sorts of ways paths could open for Spurs. Wolves, don’t forget, were a late one-on-one chance from knocking Manchester City out of the Carabao Cup this season.

It was not entirely the same for Liverpool, when they won the Champions League under Rafa Benitez in 2004-05. They lost to Manchester United home and away in the League that year — but AC Milan took care of United in Europe. 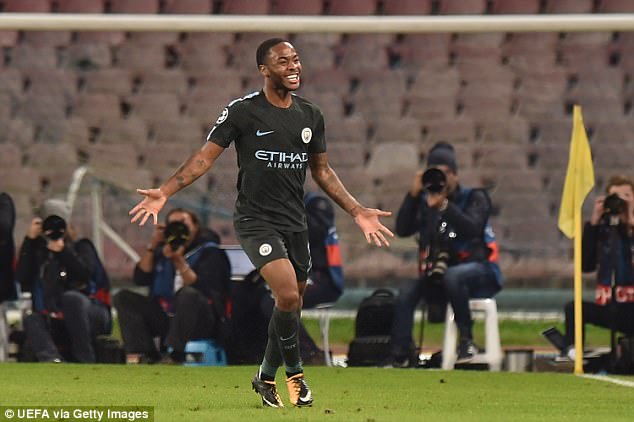 Arsenal succumbed to Bayern Munich, as ever, leaving Liverpool to overcome Chelsea at the semi-final stage. This they did, despite losing home and away to them in the League that season — because it’s cup football and one night, and one goal, can mean everything.

So it may be that Manchester City’s march continues against Arsenal on Sunday. At home, and abroad, they look a very good team, and the result against Napoli this week was hugely impressive.

So nothing will be easy — but getting ahead of them over 38 matches, is considerably harder than doing it over two.

If United and Tottenham can’t be top dogs in England, they could always try defeating Europe.