Sergio Aguero has arrived back in England fresh from breaking Manchester City’s goalscoring record against Napoli on Wednesday night.

Aguero claimed his 178th City goal in the 4-2 victory at the Stadio San Paolo on Wednesday to surpass the mark set by Eric Brook 78 years ago.

The striker touched down at Manchester airport late on Thursday afternoon and was greeted by a number of City fans. 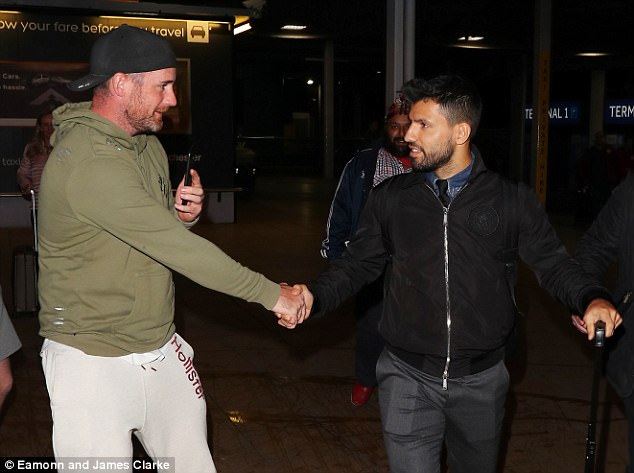 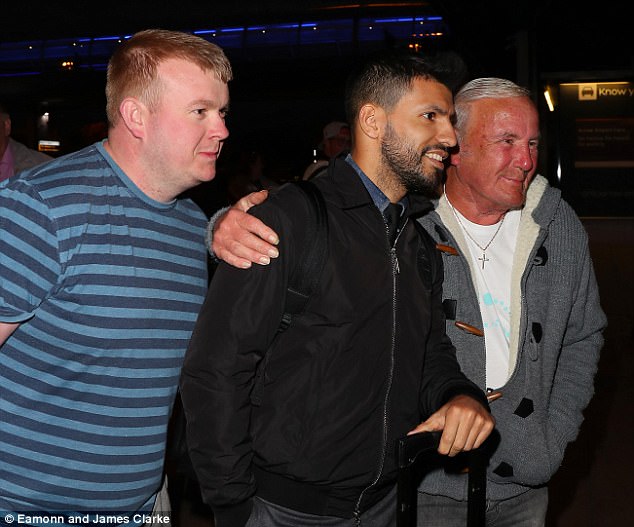 Although he was happy to enjoy his achievement, Aguero has already spoke about wanting to score even more goals.

‘I just have to keep playing the same way. I don’t know. It depends on how many years City play this way and keep trying to score goals, but the most important thing is to win titles. 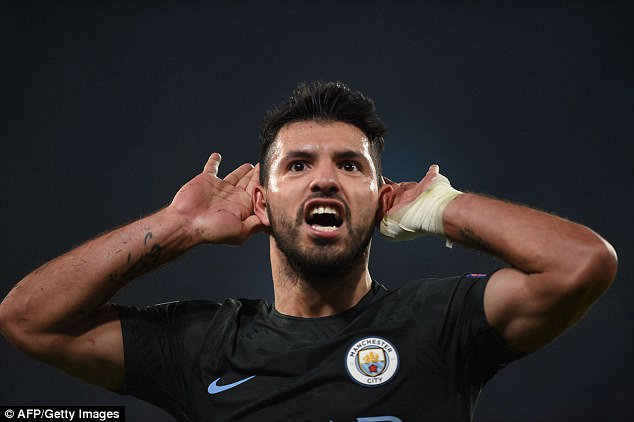 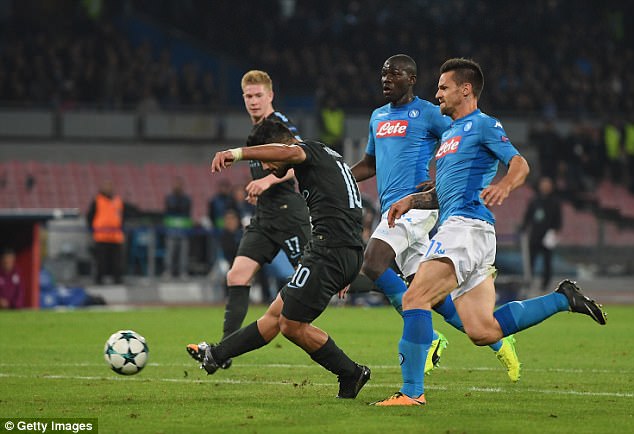 ‘For me, every game is important. Obviously, when I score a goal, I’m very happy but above all a player is happy if his team wins.’

The striker doesn’t turn 30 until next summer and still has over two-and-a-half years left on his contract at the Etihad.

Aguero has become one of City’s key contributors once again despite concern in the pre-season that he would play second best to Gabriel Jesus.

Pep Guardiola, however, has placed his confidence in Aguero and he hasn’t been let down. 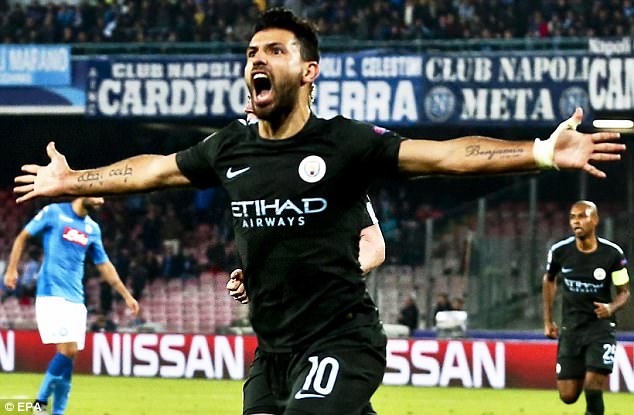 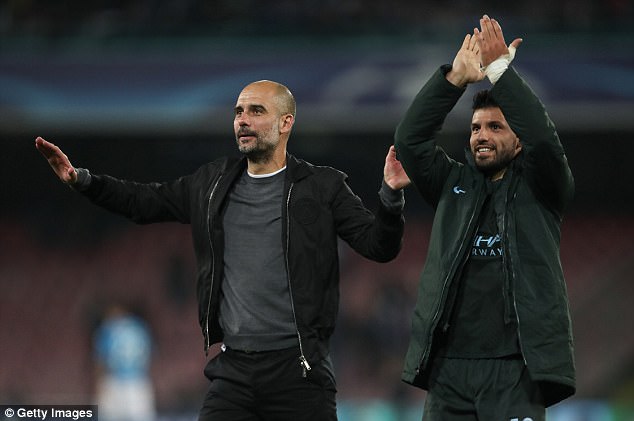 Aguero also believes he is playing in one of the best City teams he has featured in since he joined the club in 2011.

‘Yeah I think so,’ he added. ‘This year I think we are playing very good, but the other years are different because we have a different manager, different players. This year is new, new players came and we are very good. I think this squad, I don’t know but this group is better (than in other years).

‘The season recently started, two-and-a-half months or so, there’s still a long way to go. Individually and collectively I think we’ve started very well, and we have to continue like that because, as we all know, England has a lot of matches and we have to be in good physical shape for what is to come.’