Manchester derby: Herrera urges United to use Juventus win as fuel vs City

Ander Herrera hopes that underdogs Manchester United can show their bite in the Manchester derby and replicate their stunning win at Juventus.

Pep Guardiola’s swashbuckling Manchester City lie in wait at the Etihad Stadium on Sunday, when the Red Devils will look to build on a tremendous Champions League night in Turin.

Cristiano Ronaldo’s exceptional volley set Juventus on course for victory in Wednesday’s Group H encounter, only for United to dig deep and secure a late 2-1 win – the first group-stage loss the Italians had suffered at home since 2009. 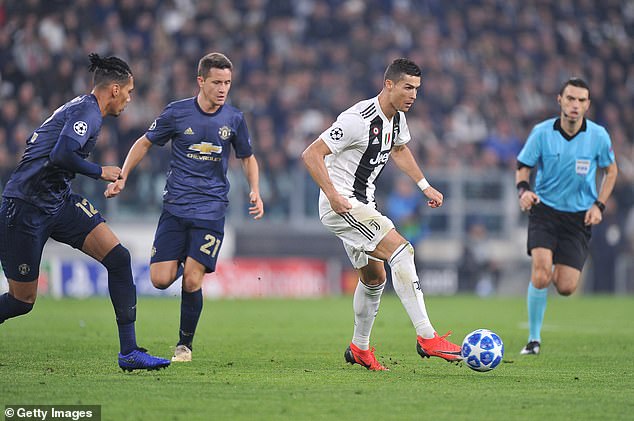 Victory is a welcome boost ahead of Sunday’s derby with City – a side that United shocked 3-2 in April and Herrera considers alongside Juventus as Europe’s top team right now.

‘It’s a new game, a new situation. Hopefully, we can win.

‘It’s true that they are the favourites because they are in unbelievable form, but this is Manchester United and you never know what can happen.

‘(Mourinho) was happy (with Wednesday’s win). I think as I told you before against the team that is in the best form in Europe with Man City it’s a good victory.

‘I don’t know how long ago they lost a game here in the stadium so it’s a good result, but also we have to recognise after the first goal we conceded too much.’

Herrera knows United can ill-afford a repeat of that drop off against star-studded City, whose big-spending has come under scrutiny in allegations made by the German publication Der Spiegel. 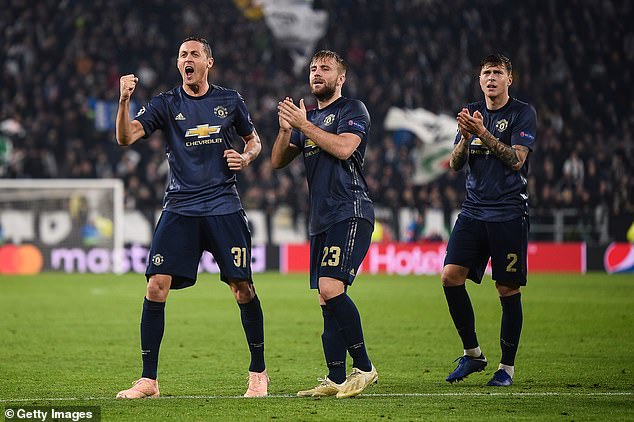 A late goal took all three points for United, who return to England to face Manchester City

‘I’m not going to talk about this because I will be on the front page!’ he said.

The trip to the Etihad Stadium offers the chance to secure another statement win and silence critics that had grown during a poor start to the season.

‘When you play for Manchester United, the biggest club in the UK and one of the biggest in the world, you have to get used to that,’ Herrera said.

‘I have been here five years and with (Louis) van Gaal every day the papers talking.

‘When Mourinho came, the same and we won titles. One day if another manager comes, they will speak so it’s something we are used to coping with.

‘I think Manchester United players need to have the personality to cope with that. It’s true when our Premier League opponents lose games, the papers don’t talk that much, but when we lose, they do.’ 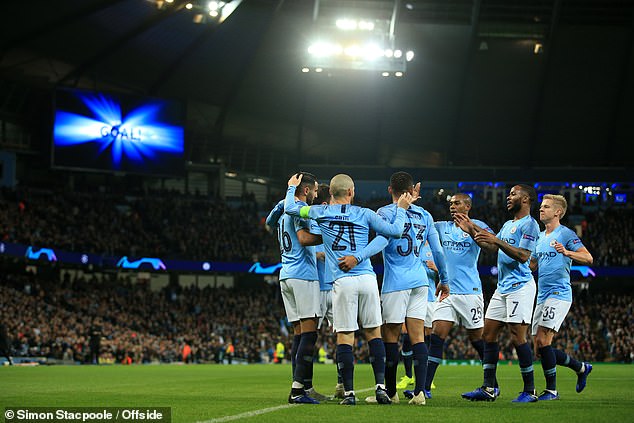 United have, though, suffered striking losses this season and under-performed at times, which is why they are out of the Carabao Cup and seventh in the Premier League.

Little wonder, then that Herrera refused to talk about the race for the top four or a title challenge.

‘We are the real Manchester United also in the bad moments because we have to recognise that we have had bad moments and we have to improve,’ the Spaniard added.

‘It’s true that the last results gave us good spirit, energy, but the real Manchester United we will see at the end of the season if we can say that we had a good season.’