‘Rashford’s mentally shot, Shaw’s defending was a disgrace and Maguire has no clue and NO leadership’: The Manchester Evening News sums up the mood of local fans with SCATHING player ratings

Erik ten Hag’s nightmare start to life as manager continued as his side trailed by four goals at half-time – only the third time that has happened to United in the Premier League.

It is the first time since 1992 that United have started the season with back-to-back defeats and they currently sit bottom of the table. 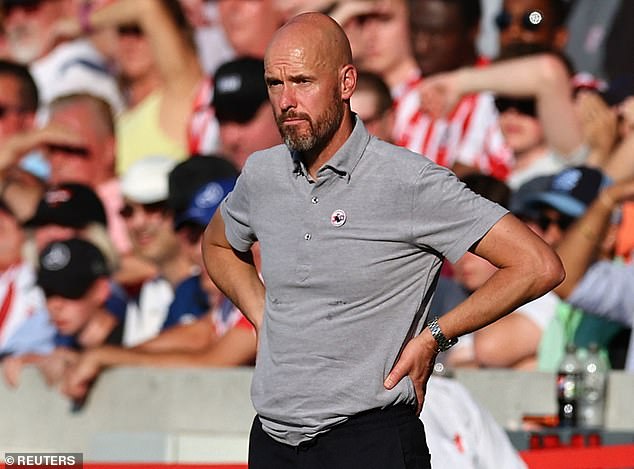 The Manchester Evening News gave all of Ten Hag’s team a score of zero in their half-time player ratings, and the grades didn’t get much better by full-time despite United at least managing to shut out Brentford after the break.

Lisandro Martinez, Luke Shaw and Fred – who were all substituted at the break after shambolic performances  – unsurprisingly stayed on zero.

Describing Shaw in particular, the MEN said the left-back’s attempts at defending were ‘a disgrace’.

David De Gea, who accepted responsible for the defeat after errors for the first two goals, was graded a one – the same as Harry Maguire, Christian Eriksen, Jadon Sancho, Bruno Fernandes and Marcus Rashford. 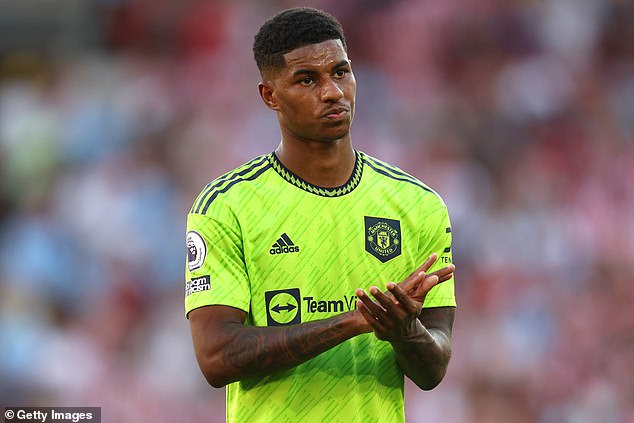 The publication wrote that captain Maguire had ‘no leadership and no clue’, while Rashford ‘looks shot’ mentally.

Wantaway forward Cristiano Ronaldo was the highest graded starting player with three, while substitutes Tyrell Malacia and Raphael Varane got the highest scores of the day with five.

Ten Hag, who is the first Manchester United manager since 1921 to lose his first two league matches, was scored a two. The MEN wrote that the Dutchman is ‘managing as though he is still at Ajax’.