Manchester United 2-2 Manchester City: Stanway is sent off as the visitors end their WSL losing run

Manchester United 2-2 Manchester City: Spoils shared in blood-and-thunder derby as the visitors end a three-game losing run in the WSL… but see Georgia Stanway sent off for a horror challenge

Manchester United and Manchester City could not be separated after an enthralling encounter at Leigh Sports Village.

The match’s first big incident came in the 35th minute as Georgia Stanway was sent off for planting her right boot into the left thigh, with referee Rebecca Welch in no doubt about brandishing the red card.

Despite their player disadvantage, City took the lead minutes later when Demi Stokes swung in an inviting cross and Khadija Shaw guided a header past Mary Earps. 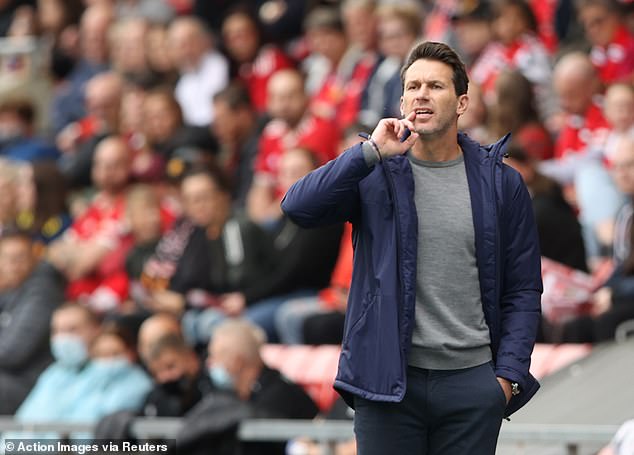 United got on level terms after the break through Lucy Staniforth and turned the game on its head when Alessia Russo drove into the far corner.

But veteran goalscorer Ellen White came off the bench to pounce after Jess Park’s long-range effort was brilliantly tipped away by Mary Earps.