Manchester United and Liverpool are interested in signing Kamaldeen Sulemana, the Ghanaian’s coach at Danish side FC Nordsjælland confirmed as a host of European sides gear up for the race to land the teenager.

As Sportsmail reported this month, a dozen European clubs watched on as the 19-year-old scored his 10th goal of the season against Copenhagen, with United sending scout Tommy Nielsen to cast his eye over the winger.

However, Ajax sent their technical director, Marc Overmaars, to Denmark to take a look at the £12m winger. The Dutch giants previously had a bid for the youngster turned down in January. 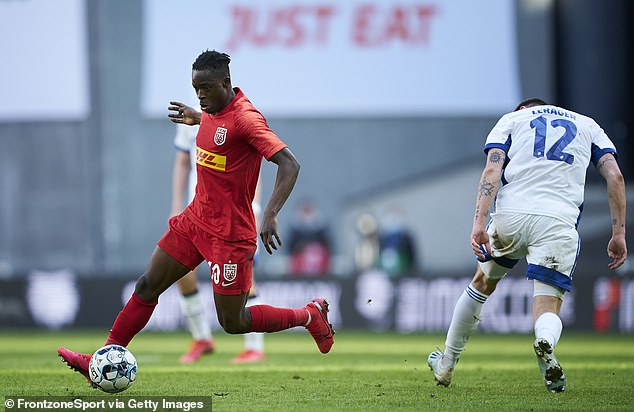 The player’s growing reputation has also prompted Liverpool’s interest with their Scandinavian scout Mads Jorgensen present in the stadium though they are considered outsiders in the chase at the moment.

And Nordsjælland coach Flemming Pedersen has confirmed that the Premier League giants are in the race for Sulemana, while Ajax is ‘the safe choice’.

‘That’s a really good question,’ he told TV3 Sport when quizzed on Sulemana’s next destination. ‘Ajax is perhaps the safe choice where he will definitely get plenty of playing time. 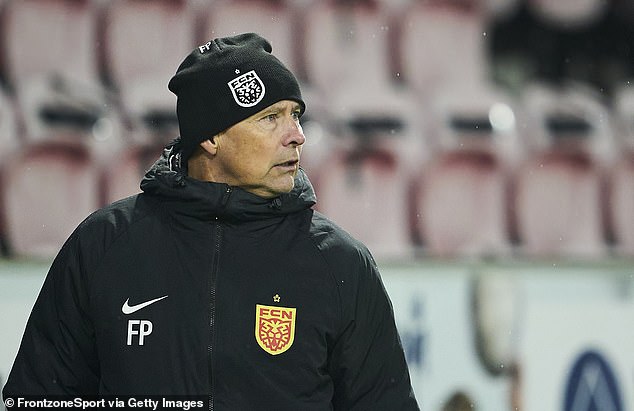 And his coach, Flemming Pedersen has confirmed the interest of United and Liverpool

‘[Manchester] United, Liverpool and others are in the race. Well, I also know Kamal so well that when he is pressured, he automatically takes the next step as well.

‘And with the personality and mentality he has, there I will never ever say it will be too big a leap, for he is extraordinary.’

Pedersen, who has previously compared Sulemana to PSG superstar Neymar, accepts that his attacking talent may leave this summer window.

‘I cannot stand here to say that I expect him to be here next season because there is so much talk about him. 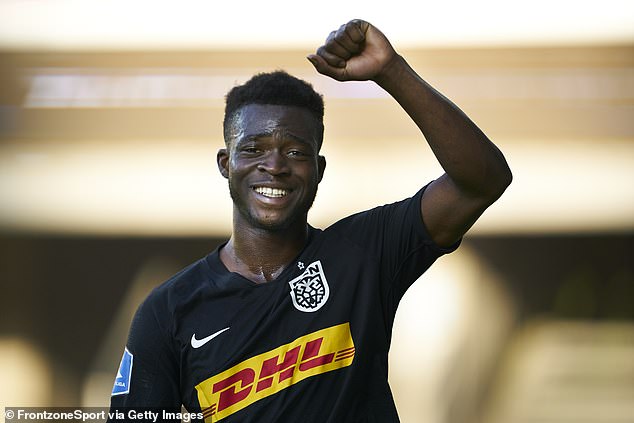 ‘That’s completely understandable, and I myself helped hype him last spring when he made his debut. But we have to see what happens.’

Nordsjaelland is owned by the Ghanaian academy who use it as a shop window for their best younger players.

Sulemana has made 42 appearances for the Danish side since making his debut in 2020, scoring 14 goals and contributing eight assists for Pedersen’s side.