Ole Gunnar Solskjaer admitted his Manchester United side lacked ideas to prevent a shock loss by Sheffield United, but was left furious that the Blades’ opening goal was allowed to stand.

The Premier League’s rock bottom side stunned Old Trafford when they took the lead in the 23rd minute through a Kean Bryan header before later going on to win 2-1 after Oliver Burke struck a second-half winner following a Harry Maguire equaliser.

Shortly after the opening goal, United thought they had grabbed an equaliser when Anthony Martial rolled the ball home, only for a foul to be given after Harry Maguire was adjudged to have impeded Blades stopper Aaron Ramsdale. 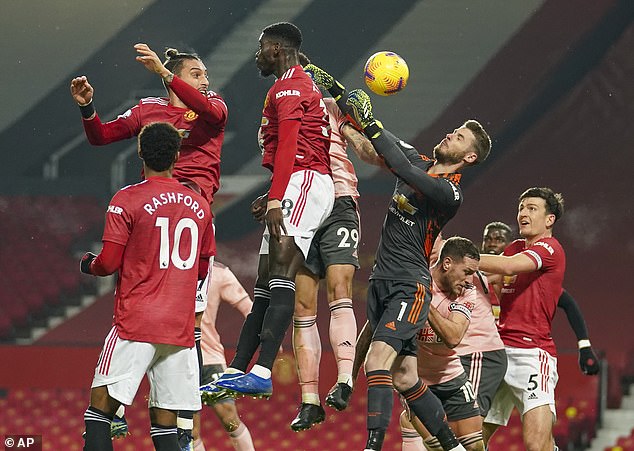 Although, Solskjaer admitted his side lacked a killer instinct to seriously trouble the Blades in a poor United display, the Red Devils boss was left fuming that the Blades’ goal was allowed to stand and Martial’s was not.

‘We had all the possession but concede two bad goals, Solskjaer told BT Sport after the game.

‘We didn’t create enough. There was no magic, no space to run into. They defended well, fair play to them. We didn’t have the right ideas or solutions. 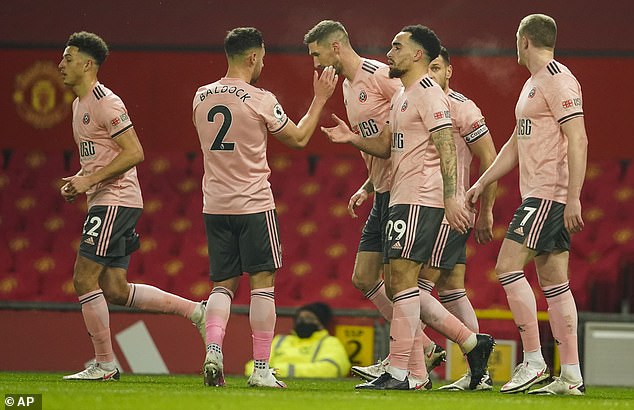 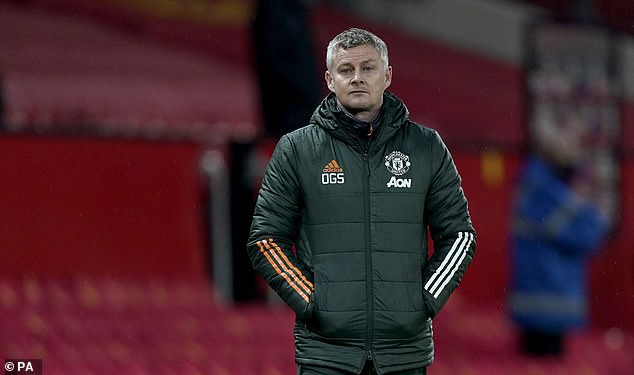 Ole Gunnar Solskjaer was not happy with two key decisions but admitted Man Utd were lacking the magic to get a result against Sheffield United.

BT pundits Rio Ferdinand and Peter Crouch were in agreement with the United boss, with the former Liverpool and Tottenham striker saying the decisions should not have contradicted each other.

‘Sharp had no eyes on ball, Crouch claimed. ‘His remit was to disturb De Gea but it is a foul.

‘[At the other end] Harry Maguire has eyes on ball, Sharp didn’t. If you give one, you give the other. Twenty years ago neither was a foul though. 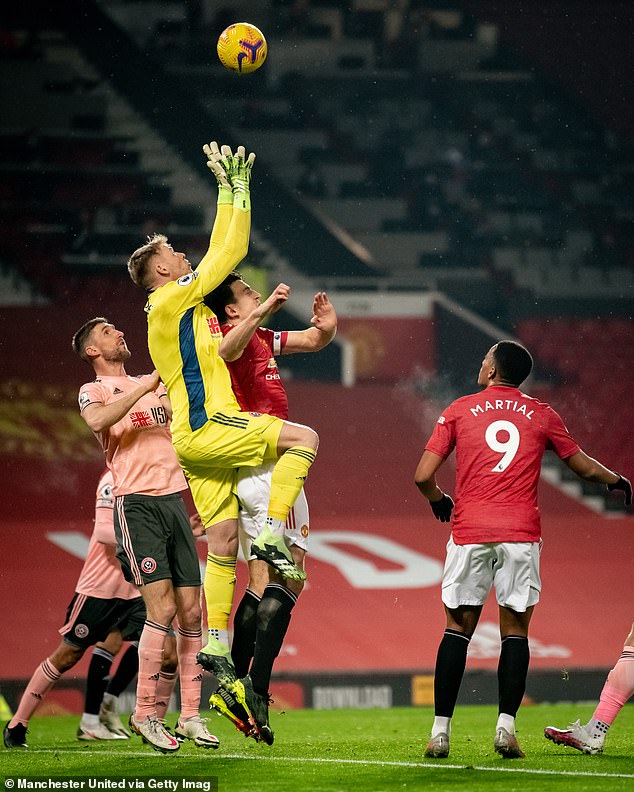 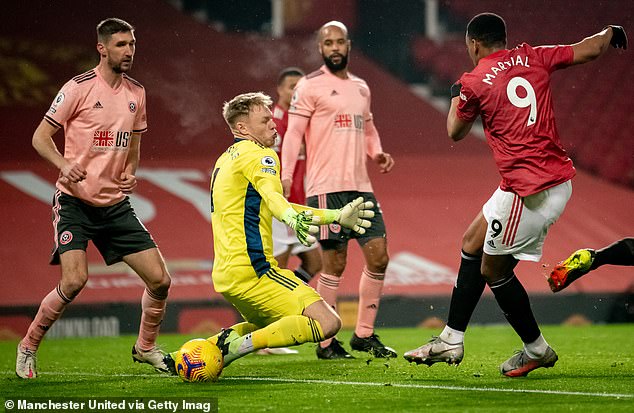 Ferdinand placed some blame on United keeper David de Gea for his role in the goal but also insisted it was still a foul by Sharp.

‘De Gea could do better but I think he is impeded by Billy Sharp who had both hands on De Gea. I think it’s a foul.’

Despite the controversial nature of the two incidents, former referee Peter Walton admitted that VAR could do little about ruling out the first goal as the error was not a clear and obvious error to overturn.

However on Martial’s ruled out effort, Walton spotted that the referee’s whistle was blown before the ball had gone in the net, so a check for a goal could not have taken place.

‘First instance with Billy Sharp, the ball is in the net. VAR looked at it to see if there was a clear and obvious error. The referee and I think there is no clear error, Walton said.

‘On the second one when Harry Maguire goes across Aaron Ramsdale to impede him, the ref blew his whistle before the ball entered the net.

‘So VAR couldn’t look at it because VAR would go for a foul and not a goal. We’ve heard about refs and assistant delaying flags and whistles so VAR can look if the ball ends in the net. I think the ref was too sharp on blowing his whistle then.