Basle face a race against time to get their ‘disgraceful’ pitch in shape for the Champions League tie against Manchester United next week.

The surface at St Jakob-Park cut up badly during Northern Ireland’s World Cup play-off against Switzerland on Sunday night following a day of torrential rain in the Swiss city.

Basle have 10 days before hosting United in a Group A tie next Wednesday, but they also have a home game against Sion at the weekend which is likely to cause further damage. 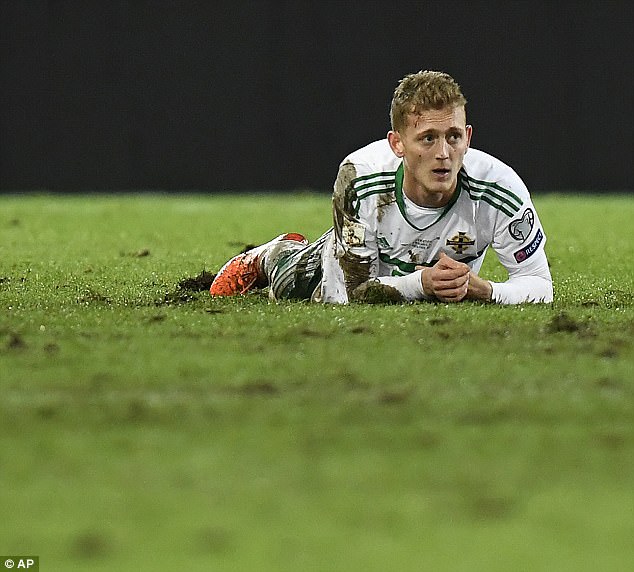 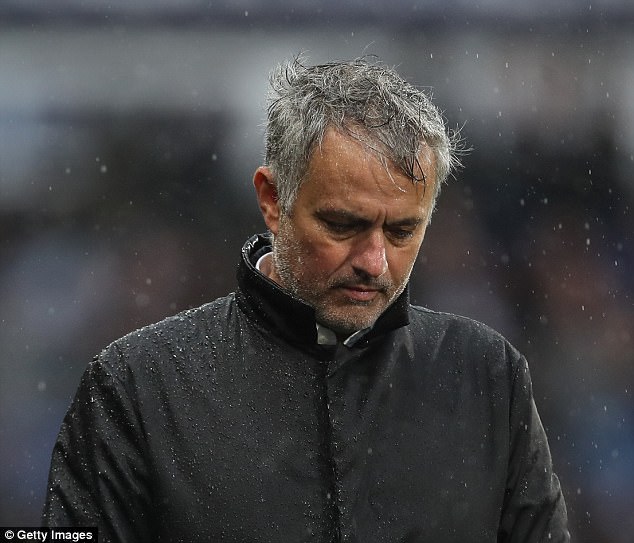 Northern Ireland midfielder George Saville was fiercely critical of the pitch that made it difficult to play passing football. German referee Felix Brych made two inspections before kick-off while ground staff threw sand on the worst affected areas.

‘For me, the pitch was disgraceful, I’ll be honest with you,’ said Saville, who was on Chelsea’s books when Jose Mourinho returned to Stamford Bridge in 2013.

‘I think it was shocking. For a game of this magnitude, this level, to play on a pitch like that I think it’s unacceptable, personally.’ 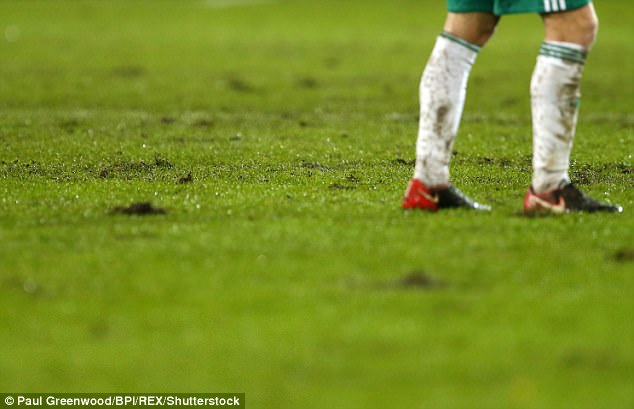 Northern Ireland drew 0-0 with Switzerland on the poor surface, meaning the Swiss advanced to the World Cup 1-0 on aggregate 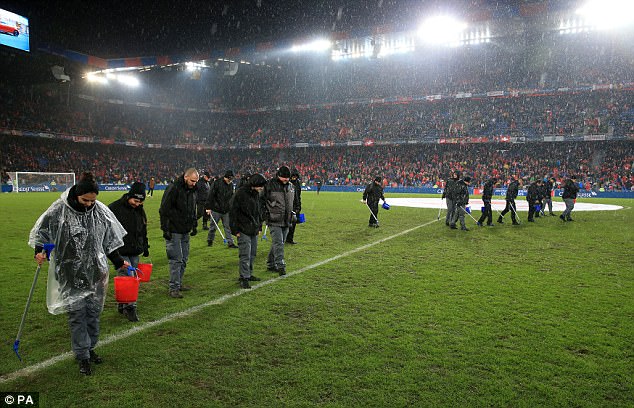 United, who have already qualified for the knockout phase of the Champions League but are still unsure of finishing in first place, have had their fair share of pitch problems under Mourinho.

An exhibition friendly against Manchester City in Beijing was scrapped due to the state of the playing surface at the Bird’s Nest Stadium, and last season’s successful Europa League campaign was also hindered by problems with the pitches when they played away to Zorya Luhansk and Rostov.