Manchester United forward Edinson Cavani is set to miss the start of the Premier League this weekend after being granted extended leave, according to reports.

The 34-year-old signed a one-year contract extension at the back end of last season following an impressive debut campaign at Old Trafford, where he scored 17 goals in all competitions.

Yet as part of that new deal, an extended break this summer following his involvement for Uruguay at the Copa America was discussed and has been granted, according to The Athletic, with the striker yet to return to England. 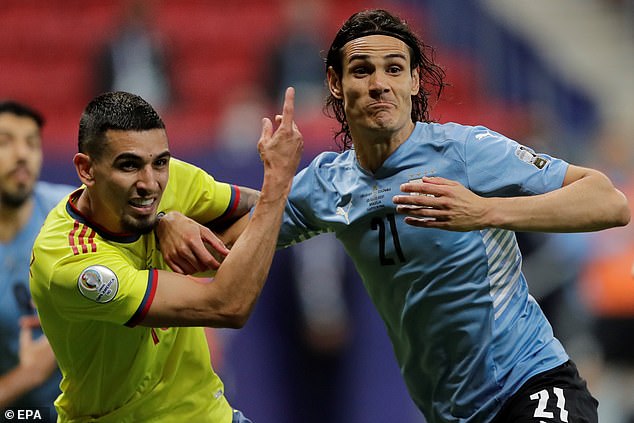 The report details that United believe ‘a happy man is a happy player’ with Cavani using the time off to see his family in his native Uruguay – something he has been unable to do since the Covid-19 pandemic began.

He was in the Uruguay squad which reached the quarter-finals of the Copa America in Brazil, succumbing to a penalty shoot-out defeat against Colombia on July 3.

United kick off their Premier League campaign at home to Leeds this Saturday, but Cavani is near-certain to miss that season-opener.

With Uruguay on the government’s red list, the 34-year-old is also likely to have to quarantine upon his return to the country, putting his involvement in United’s second game away at Southampton in doubt too. 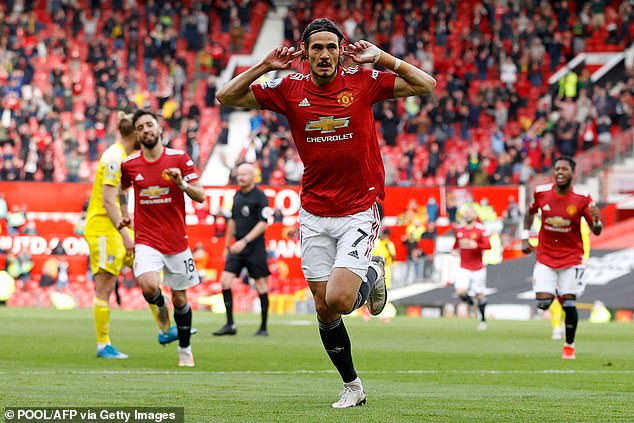 The 34-year-old impressed in his debut season at Manchester United, scoring 17 goals

As a result of Cavani’s absence, United are reportedly set to unleash new signing Jadon Sancho from the start against Leeds.

According to the Sun, Sancho is tipped to start for United despite only starting to train with the club at Carrington earlier this week.

The 21-year-old signed from Borussia Dortmund in July in a £73million deal on a five-year contract, a year after United pulled out of a move when the German side demanded £110m for him.

England star Sancho impressed at this summer’s European Championship competition but saw his spot-kick saved by Gianluigi Donnarumma in the final as Gareth Southgate’s side lost against Italy on penalties. 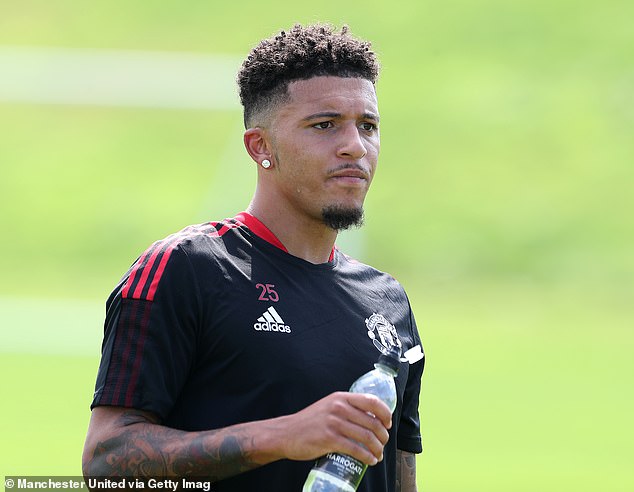 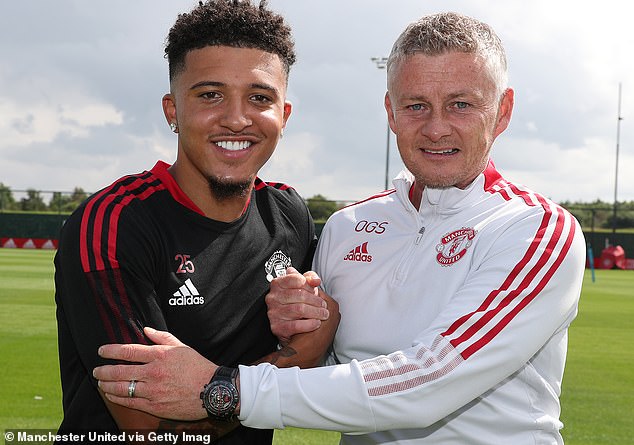 After the tournament, Sancho and his international team-mates were given an extended break – during which he visited the Turks and Caicos Islands with Red Devils team-mate Marcus Rashford – but returned to training on Monday.

Ole Gunnar Solskjaer also has the likes of Anthony Martial and Mason Greenwood to call upon up front, as Marcus Rashford begins his recovery period following shoulder surgery.

Meanwhile despite his absence, Cavani has been posting workout videos in a home gym on his social media in recent days, implying that a return to England is not far away.