Manchester United have had a €110million (£95m) bid for Kalidou Koulibaly rejected by Napoli, according to reports in Italy.

Ole Gunnar Solskjaer has reportedly made the 27-year-old centre back his top summer transfer priority.

United missed out on the Champions League after a dreadful run of form at the end of the season and are looking to revamp their squad, with 27-year-old Koulibaly said to be top of their shopping list.

Gazzetta Dello Sport journalist Nicolo Schira revealed United’s potential world record bid for the central defender has been knocked back by the Italians.

The currently record is the £75m paid by Liverpool to sign Virgil van Dijk from Southampton in January 2018.

United manager Ole Gunnar Solskjaer is desperate to reshape his squad after a very poor season which saw the club finish sixth in the Premier League. 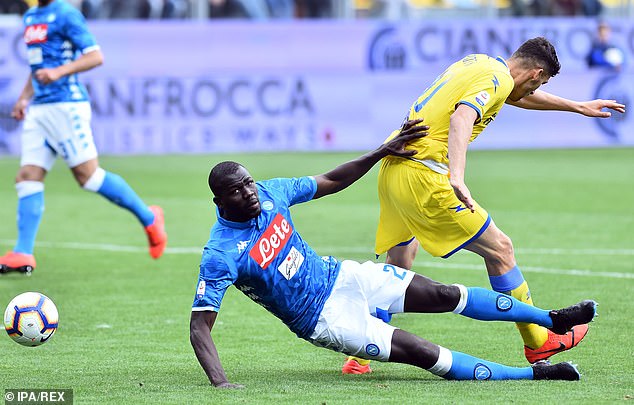 Koulibaly meanwhile has been central to Napoli emerging as Juventus’ closest challengers for the Serie A title.

The Senegalese international helped Carlo Ancelotti’s side keep 13 clean sheets, made 31 blocks and won 67 per cent of his tackles