Woodward has come under plenty of scrutiny, in particular from United’s fanbase, as the club continue to struggle and fall even further away from the Premier League summit.

During their recent Premier League defeat at home to Burnley and FA Cup victory against Tranmere, some United fans could be heard singing a song about Woodward and the Glazer family burning on a fire. 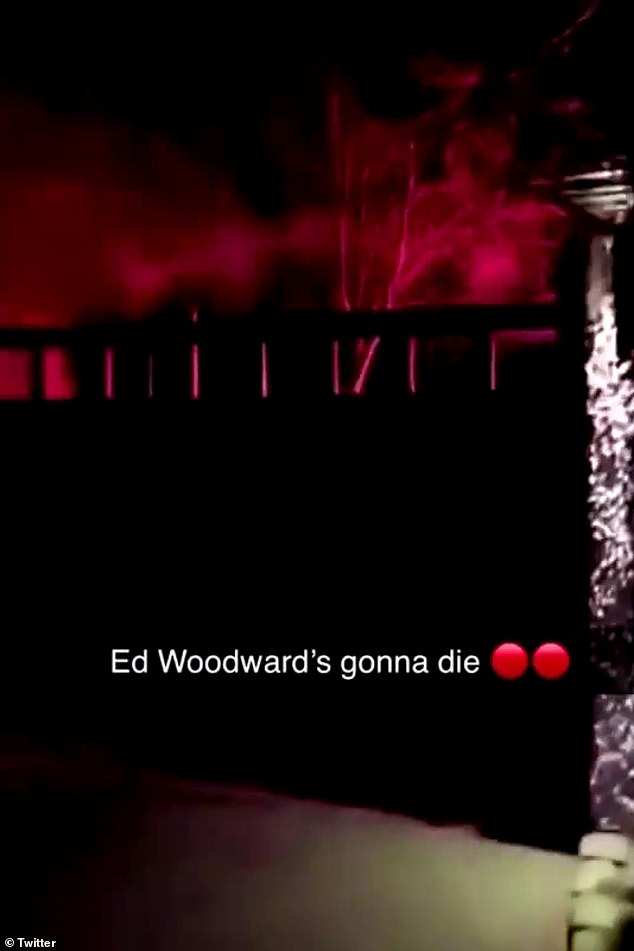 ‘Build a bonfire, build a bonfire, put the Glazers on the top, put Ed Woodward in the middle and burn the f***ing lot,’ sang the United fans to the tune of the famous 19th century American folk song, Clementine.

But the protests have now taken an even more sinister turn after a mob of around 20 balaclava-clad supporters – some who are understood to be members of United’s notorious ‘Men In Black’ hooligan firm – launched an attack on his luxurious Cheshire mansion, in which he lives with his wife and two young children.

The gang assembled outside his house and rang an intercom on his large gates at the entrance on Tuesday night.

But when nobody answered inside the mansion, the mob decided to throw a red smoke bomb before launching a firework at the house.

The hooded hang – known as the ‘Men In Black’ due to their preference of dark clothing – also decided to spray red paint all over the large gates as they made their feelings known. 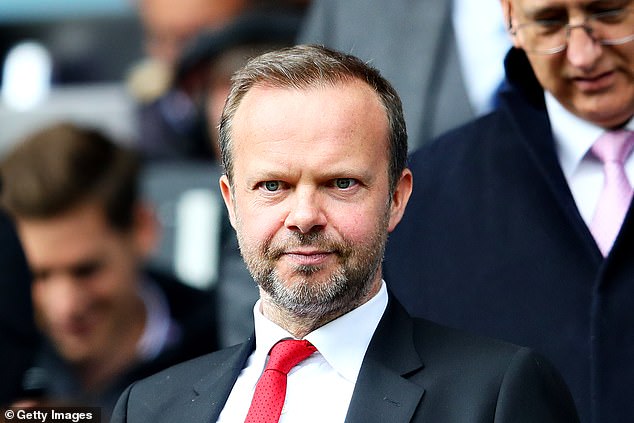 After the attack took place, the Premier League outfit issued a statement, insisting anyone found guilty at the scene would be banned for life by the club and ‘may face prosecution’.

The Old Trafford outfit wrote: ‘Manchester United Football Club have tonight been made aware of the incident outside the home of one of our employees.

‘We know that the football world will unite behind us as we work with Greater Manchester Police to identify the perpetrators of this unwarranted attack.

‘Anybody found guilty of a criminal offence, or found to be trespassing on this property, will be banned for life by club and may face prosecution. Fans expressing opinion is one thing, criminal damage and intent to endanger life is another. There is simply no excuse for this.’ 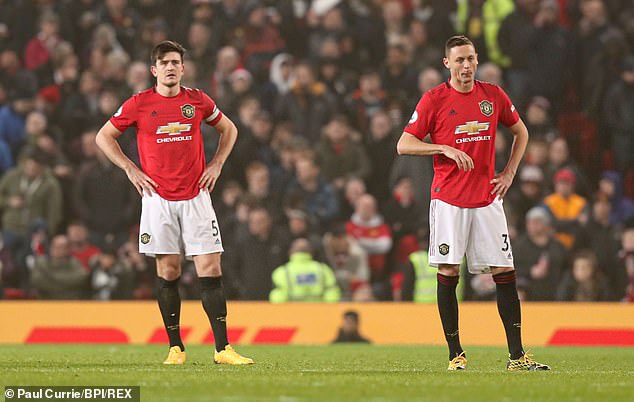 It comes as a hugely distressing development for United who continue to fall further behind their nearest rivals in the Premier League.

Ole Gunnar Solskjaer’s side, who missed out on Champions League football last season, currently sit six points behind the top four with just 14 matches remaining in the Premier League.

The pressure has continued to ramp up on the United hierarchy and Woodward is feeling the brunt of it.

Woodward has been blamed for United’s failures in the transfer market of late, which has ultimately seen them fall even further into mediocrity.

But there was some hope for United on Tuesday evening after it emerged that they are set to finally clinch the signing of Bruno Fernandes from Sporting Lisbon in a deal that could be worth up to £67.8m.

The Red Devils will pay an initial fee of £46.6m and the deal includes add-ons of £8.5m based on Fernandes’ appearances for United and the club qualifying for the Champions League.

United could also pay Sporting up to £12.7m more depending on the player hitting less attainable targets.

Fernandes is expected to sign a five-year contract at Old Trafford but he has yet to agree personal terms. The 25-year-old midfielder remained in Portugal on Tuesday night and is on standby to fly to Manchester for a medical on Thursday.