Donny van de Beek has already whet the appetite of Manchester United fans, who have been left in awe of his skilful footwork during his first outing for the club.

The Dutchman pulled on the United shirt for the first time on Saturday, for a final pre-season friendly clash against Aston Villa.

In his first United performance, Donny van de Beek picked up the ball under a heavy press 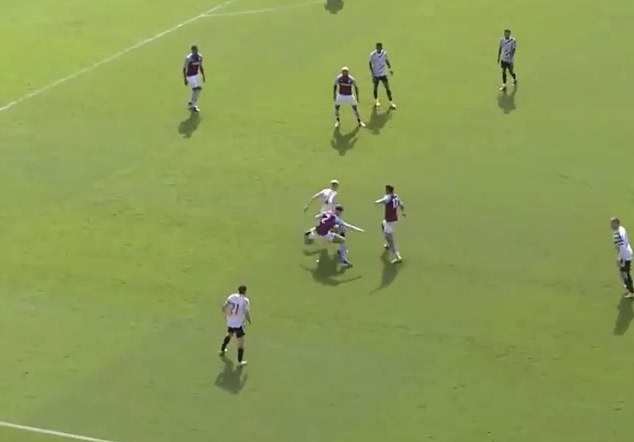 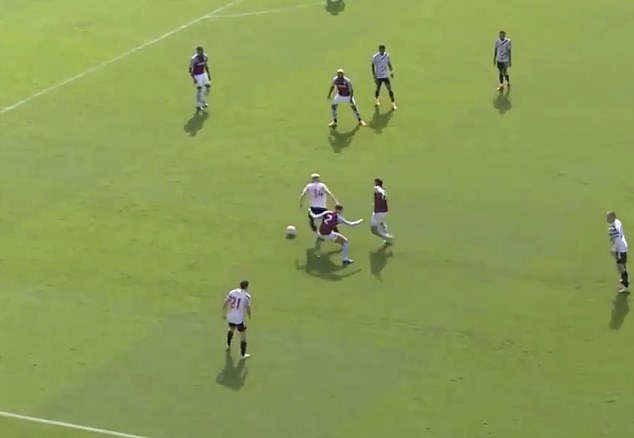 And Van de Beek seized his opportunity to shine, putting it a solid show and capturing the imagination with a sublime piece of skill.

Receiving the ball in the final third under the heavy press of two Villa players, Van de Beek manipulated his body so as to pivot on the ball and break away into free space by performing a roulette turn.

The trick has long since been associated with Real Madrid legend Zinedine Zidane, who frequently performed the turn in midfield so as to break between the lines of opposition. 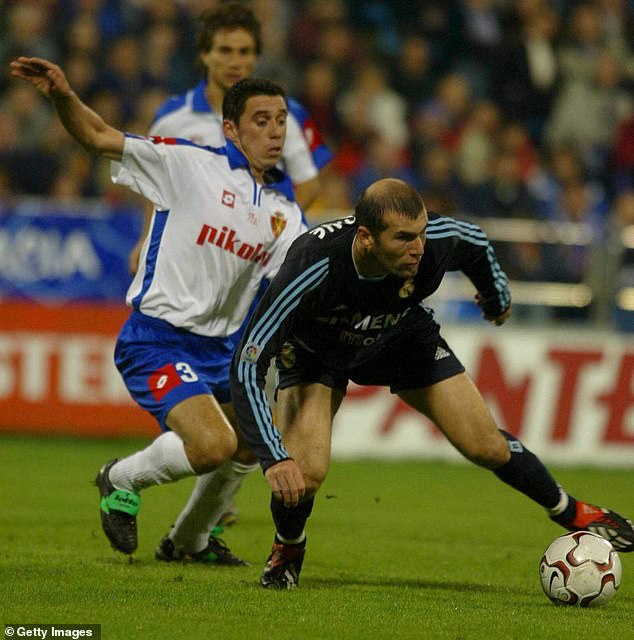 The skill has long been associated with Zinedine Zidane, who pulled it off frequently in Madrid

Footage later emerged of Van de Beek’s piece of genius, after the match was later aired on the TV channels of both Villa and United.

Fans were quick to marvel at the Dutchman’s debut, with one writing on Twitter: ‘He’s quality, bossing the midfield alongside Mctominay.’

United went on to lose the match, courtesy of a strike from Villa new boy Ollie Watkins who recently signed from Brentford.

Some United fans clearly did not take too kindly to the defeat, despite the match being a preparatory warm-up before starting the campaign against Crystal Palace next weekend.

One supporter, with the username Rron_ldn, wrote on social media: ‘Our beloved club is in the mud.’