Manchester United fans rage against club’s new ‘puke green’ third kit after images are leaked online… and one moans ‘we already cannot complete passes, how are we gonna do it when we blend in with the grass?’

Adidas’ design for Manchester United’s new third kit has not gone down well with supporters after it was leaked online.

The kit features a blacked out badge and sponsor and several stripes across the torso, with the rest being in eye-catching bright green.

It has left a bitter taste in some fans’ mouths and some have joked it could be difficult to compete while wearing green due to it being the same colour as the pitch.

One fan commented: ‘We already cannot complete passes, how are gona do it when we blend in with the actual gras, what the actual f’.

A second fan wrote’ Last season it was the zebra kit now the terrible slime kit’.

Another United fan wrote ‘ About as embarrassing as yesterdays performance’.

The disappointment fans have felt at the new kit is similar to what they felt in Sunday’s Premier League opener against Brighton. 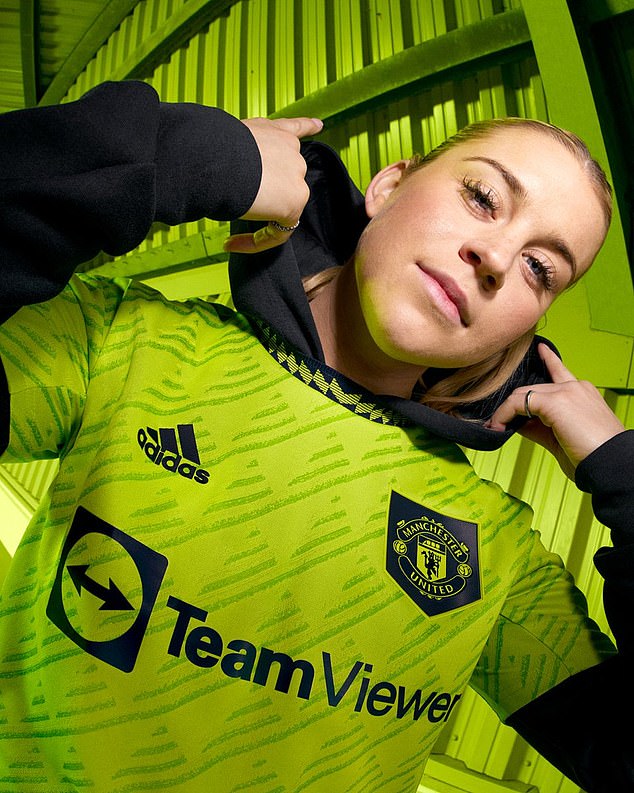 Erik ten Hag’s reign at the club started with defeat as Pascal Gross scored a first-half brace for the Seagulls before Alexis Mac Allister netted an own goal.

United fans will be hoping to see new signings wear the kit this season, with the club keen to strengthen the squad before the transfer deadline on September 1.

The Old Trafford side will seek to pick up their first win of the season when they travel to west London to take on Brentford on Saturday.