The pair became embroiled in a heated argument after the United skipper ordered Rashford to ‘f****** get back onside’, which the England striker took exception to by furiously responding ‘what the f*** do you want me to do? You f****** k*******’.

With no supporters in the stands at Selhurst Park, every word of Rashford and Maguire’s argument could be clearly heard after it was picked up by the microphones at the side of the pitch. 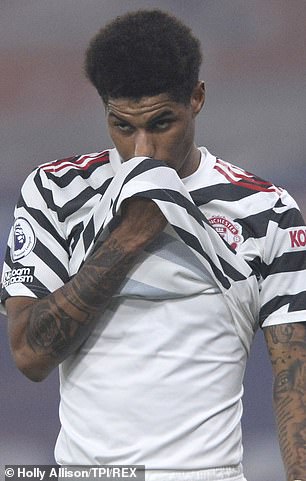 While the performance was lethargic and Ole Gunnar Solskjaer’s men were unable to pick up all three points, Berbatov insists the pair’s argument on the pitch showed that they ‘care’ and have the right type of passion to win games for United.

‘In the match against Crystal Palace things got a little heated with Marcus Rashford and Harry Maguire, but I like that,’ Berbatov told Betfair.

‘It’s good in a game to have that fire and passion to fight. Aggression shows you are passionate, and you care about the game. You don’t want to be silent, because that tells me you don’t care. 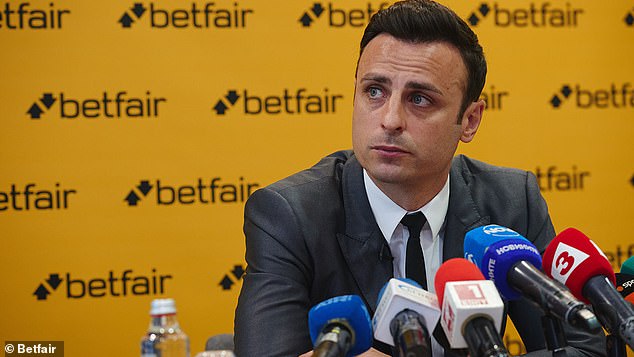 ‘Of course, things like this need to stay on the pitch, although you might carry it on a little bit in the changing room, but as long as it doesn’t interfere with your commitment to the team, it’s OK.’

The former forward went on to explain that these healthy exchanges happened a lot during his playing days and that he would often rile up his own team-mates in order to get a fiery, but positive, reaction from them.

‘These things happened to me when I was playing,’ the 40-year-old added. ‘I’d tell defenders how to do their job and defenders would tell me how to do my job when I wasn’t scoring goals.

‘When things aren’t going right in a game and you think your team-mates can do more and you are running high on adrenalin, you need to push and push and even argue with team-mates if necessary. 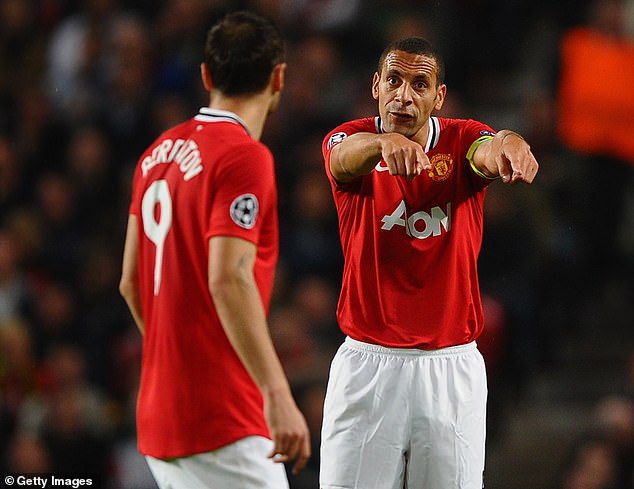 ‘I had it a lot in my career, arguing and screaming with team-mates, and I’m fine with it. It’s all for the purpose of helping the team to win games.

‘Rio (Ferdinand) used to always run his mouth and tell everyone what to do, I used to give it back to him by telling him how to defend and to pass it to me, to my feet, instead of clearing the ball high.

‘It’s always good to put a bit of fire in your team-mates, it’s a two-way street and when you play on that to help you win it’s a good thing.’