Paul Scholes feels Diogo Dalot’s ‘brilliant’ performance for AC Milan at Old Trafford will see his former club bring the youngster back at the end of the season.

Despite being a United player Dalot featured against his parent club in the Europa League on Thursday night while on loan with Italian giants AC Milan.

The United outcast was shipped out in the summer after falling down the pecking order, but gave a convincing account of himself as Milan left Old Trafford with a 1-1 draw and a potentially crucial away goal. 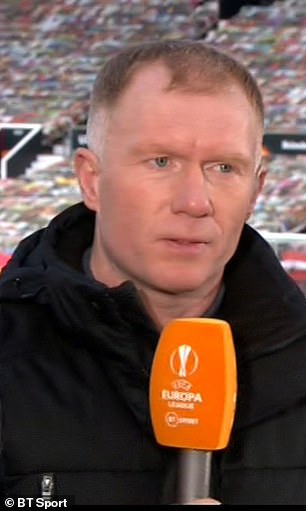 Speaking as a BT Sport pundit in the aftermath of the game, Scholes was quick to heap praise on the 21-year-old Portuguese, insisting he offered something ‘different.’

‘He’s done the right thing to get games at a big club. That will do him the world of good.

‘He played in an unfamiliar position tonight, on that left side, but even his crossing with his left foot was brilliant. I thought defensively he did everything he had to do. 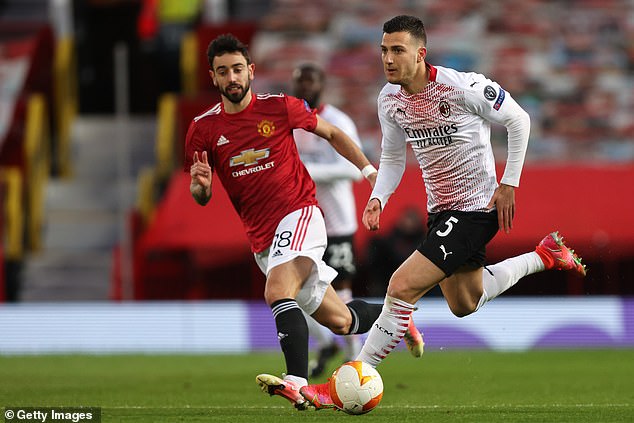 ‘Where does he stand now? I think he’ll come back at the end of the season,’ he added.

Scholes’ words will come as a concern to Aaron Wan-Bissaka, whose place in the Old Trafford set-up would be challenged by Dalot’s return.

The former Crystal Palace man has been widely praised as being one of if not the most competent defensive full-back in the Premier League, though question marks have been placed under other aspects of his game.

Wan-Bissaka is often said to struggle when it comes to the attacking element of the full-back role. and does not provide the same sort of output from the flanks as other players sharing the same position in fellow title-challenging teams.

Scholes added: ‘Pre-season will be big for him. It’s time for him to really perform in those pre-season games. Put a bit of pressure on Wan-Bissaka.

‘He’s different to Wan-Bissaka. We know what a great defender Wan-Bissaka is. 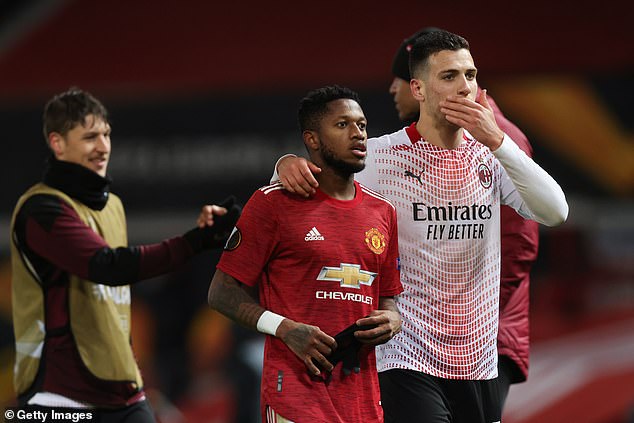