‘Just wearing that training kit made me one of the most happy men’: Patrice Evra revels at completing his coaching badges at Manchester United as he arrives at club’s base to hone his skills

Patrice Evra has revealed his delight at returning to Manchester United to complete his coaching badges.

The left-back, who officially ended his playing career in June, joined the Old Trafford club in 2006 and won five titles and the Champions League across eight-year spell.

Now the Frenchman is back in the north West as he looks to earn his qualifications to begin a career on the training pitch.

Evra, 38, shared a snap of himself in full club coaching gear, including a jumper emblazoned with his initials ‘P.E’.

Evra captioned the Instagram post: ‘I can’t Describe how I feel right now !!! Just wearing that training coach kit made me one of the most happy man thank you @manchesterunited for helping me to complete my coach badges!!! Day one done.’

Evra made a total of 379 appearances for Manchester United before departing for Juventus in 2014.

He later returned to the Premier League with West Ham in 2018 but played just five games before being released from what became his final professional club. 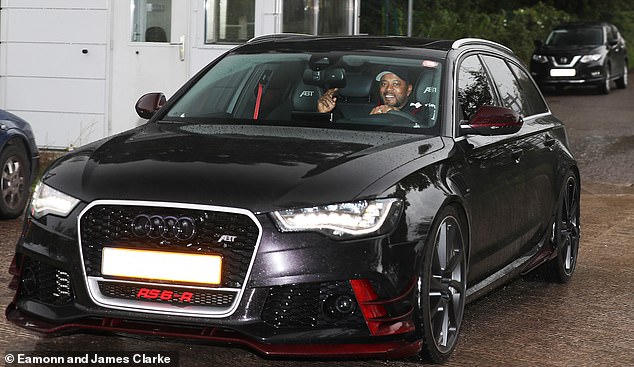 The defender spent eight years at the club as a player, winning five Premier League titles