Solskjaer was frustrated after Cristiano Ronaldo had two appeals turned down in last weekend’s win at West Ham, and also felt United should have been given a penalty for Mark Noble’s challenge on Jesse Lingard when the two clubs met again in the Carabao Cup at Old Trafford on Wednesday night.

The United manager feels that Klopp has contributed to the problem since he complained in January about how many penalties were being given to United. 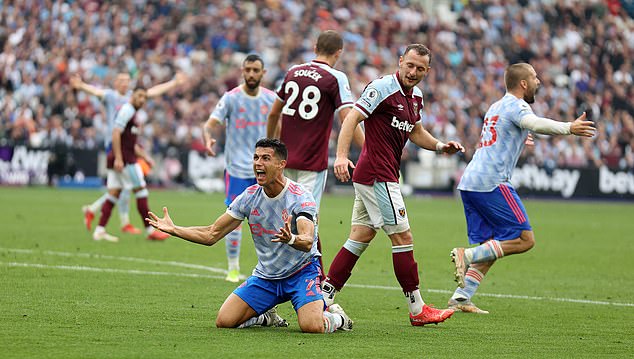 Solskjaer fumed at United being denied penalties, including one against Cristiano Ronaldo

‘We just have to hope we get what we deserve,’ said Solskjaer ahead of Saturday’s game against Aston Villa.

‘We should have had three penalties in the last two games. There was a certain manager who worried about us getting pens last year and after that it seems like the decisions were more difficult to give.

‘I’ve seen a big difference since then on. You just have to leave it to the refs and hope they make the right calls very soon.’

Klopp made the pointed comment following his side’s defeat at Southampton in January with the Reds’ hopes of a title challenge slipping away after the turn of the year. 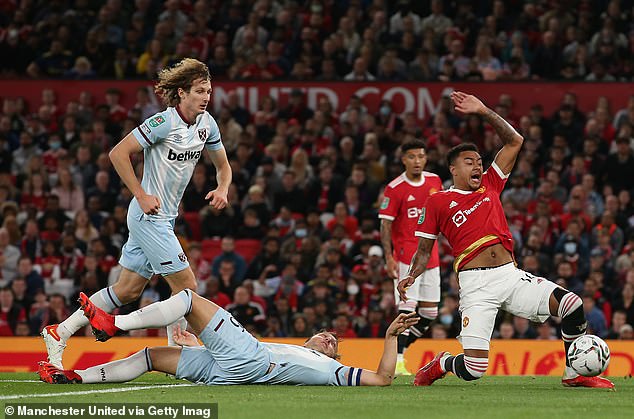 He said: ‘We cannot change. I hear now that Man United had more penalties in two years than I had in five-and-a-half years. I’ve no idea if that’s my fault, or how that can happen.’

Solskjaer had hit back at the remark at the time, calling the German out for his efforts to influence officials.

Ronaldo was also denied a penalty in United’s Champions League defeat to Young Boys in Switzerland last week, but has still contributed four goals in his first three games since returning to the club.

‘We knew he was going to have a great impact on and off the pitch and Cristiano is still so professional,’ added Solskjaer. 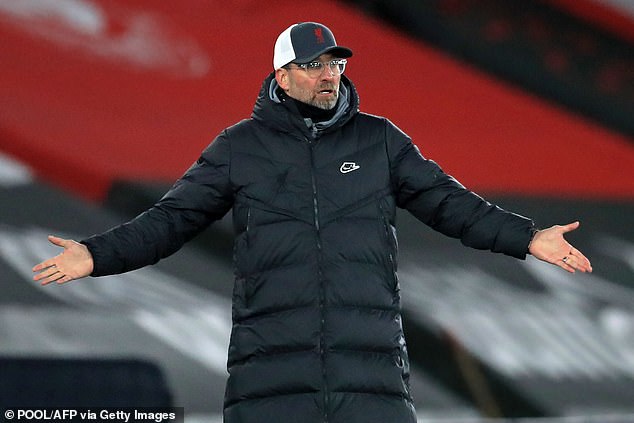 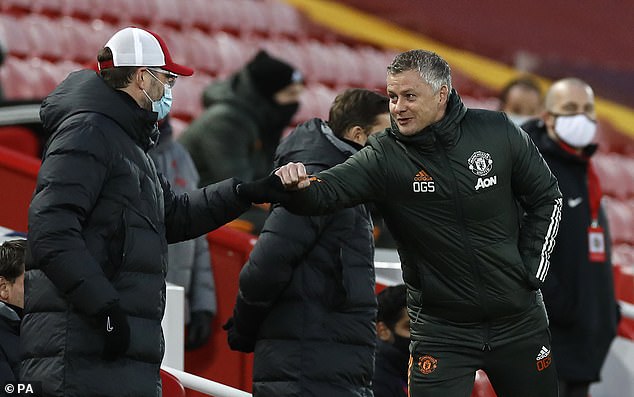 ‘The discipline he’s showed throughout his career to make the most of it has rubbed off on his teammates.

‘I’ve been delighted with him. He’s a different man now to when I played with him. He’s been absolutely top, his work-rate and attitude to games, his communication. He knows he’s not going to play every game but that’s a good chat to have with me when he won’t be ready.’

Solskjaer admits teams will single out Ronaldo for special treatment, but believes that could benefit the rest of the team. 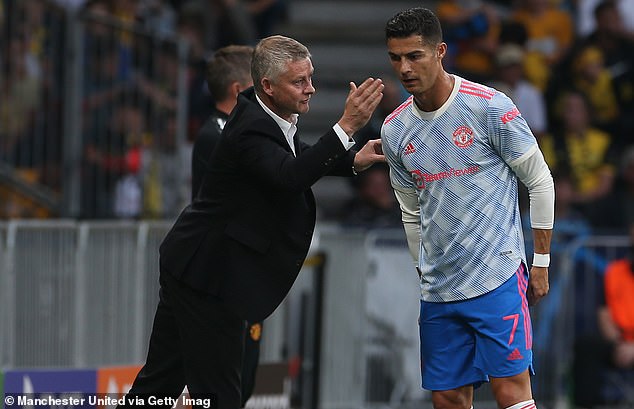 ‘I think Cristiano has been used to that ever since he came to the club, maybe more in the last 15 years of his career,’ said the United boss.

‘In his first few years everyone tried to kick him because they wanted to stop him, and then he became such a top player everyone had to have an eye on him and his record.

‘He’s used to that challenge. We’re a team, more than just Cristiano, and the players I’ve got to choose from would enjoy it if they had too much of an eye on Cristiano. It might give space for others.’