Manchester United players arrive home at 2am after defeat against Valencia

Jose Mourinho’s weary-eyed Manchester United squad arrived back in England in the early hours of Thursday morning following a disappointing defeat to Valencia in the Champions League.

United fluffed their lines at the Mestalla and missed the chance to finish top of Group H after rivals Juventus fell to Young Boys in Switzerland.

Mourinho made eight changes to the side given United were already through but a calamitous own goal by Phil Jones ensured another miserable night ahead of a heavyweight clash with Liverpool this weekend. 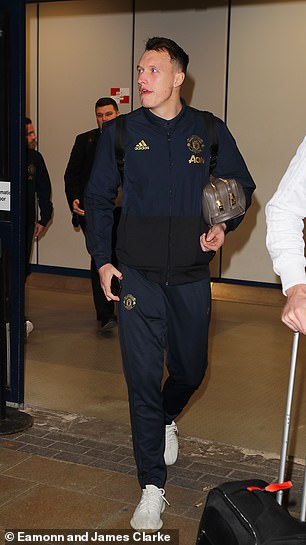 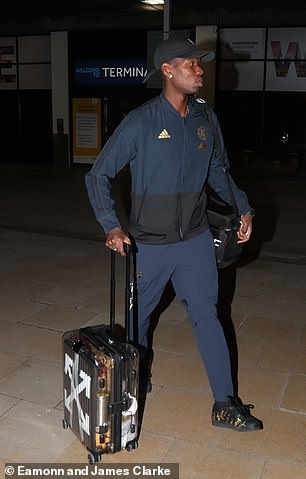 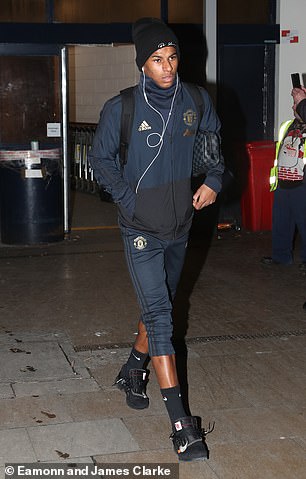 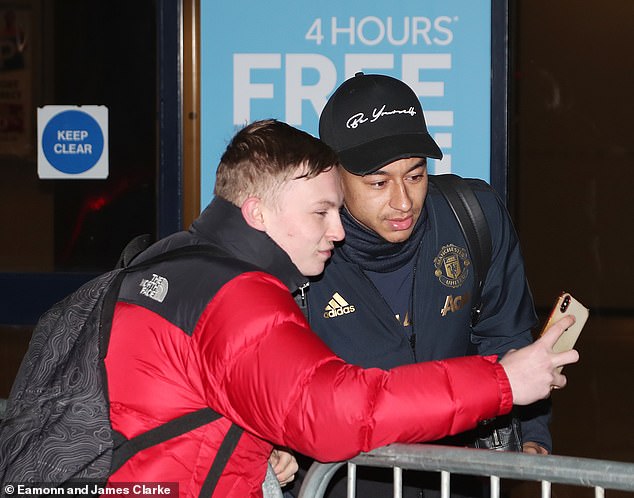 All clad in the navy club tracksuit, players appeared disappointed as they made their way through arrivals at Manchester Airport.

Some eager supporters braved the early morning to catch a glimpse of the returning stars and Jesse Lingard was one who posed for a selfie with a young fan.

The match in Spain provided a chance for players on the fringes of the side to stake a claim but Mourinho admitted he ‘expects better’ from a number of his squad.

‘I expect (better) from my players, especially players that week in, week out, you ask me ‘why don’t they play?’, ‘why they don’t they start?’ he told reporters.

‘(It) was a good match to play, a match without any kind of pressure, a match in a competition that everybody likes to play.

‘And, in the end, my team improved, really, when I made the changes that I didn’t want to make, which is a little bit of frustration because I didn’t want to play the three players that I played in the second half.’

Seventeen-year-old pair Mason Greenwood and James Garner did not make it on for the dead rubber at the Mestalla as they continue to keep themselves in and around the first team set-up.

United’s next European trip will come to light on Monday December 17 when the draw for the last-16 is made in Nyon.

While a draw against Porto would pit Mourinho against his old side, it represents the best case scenario in avoiding star names such as Lionel Messi, Neymar, Robert Lewandowski and Gareth Bale. 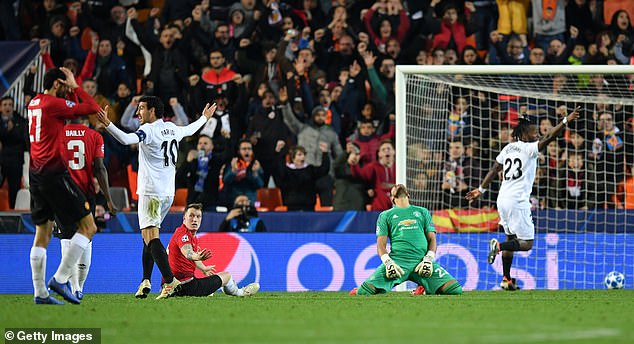 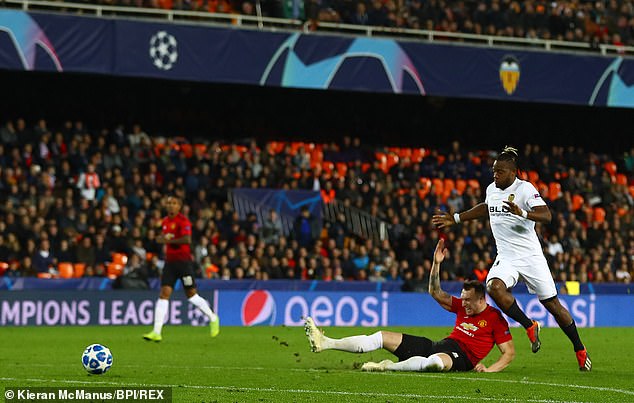 But while the disappointment of the Champions League was evident, etched across the faces of the players upon arrival back in Manchester, they have no time to dwell on it.

United are currently eight points off the top four places and can ill-afford any further slip-ups if they are to ensure they get into the competition next season.

With Chelsea and Arsenal, currently fourth and fifth, visiting sides in the bottom half of the table, United know that defeat to fierce rivals Liverpool could see them sit down for Christmas more than 10 points adrift.

And a trip to Anfield on Sunday to face a Liverpool side buoyed by Tuesday night’s dramatic home win over Napoli is one of the toughest assignments that could have been handed to United in the wake of their latest disappointment.