Donny van de Beek has emerged as a key target for Europe’s top sides this summer with Ajax reportedly ready to listen to offers for the midfielder.

Van de Beek was a star of the Ajax team that stormed to the Champions League semi-finals last term, and is the latest from that side that could be on the move.

The likes of Frenkie de Jong, Matthijs de Ligt and Hakim Ziyech have already agreed moves away and Van de Beek is seen as the next talent from the class of 2019 set to depart.

According to Mundo Deportivo, Real Madrid, Manchester United and Juventus are the clubs with realistic chances of landing the 23-year-old.

Reports have suggested that Madrid have already agreed a pre-contract with the Holland international.

But United hope to hijack any deal, with Ole Gunnar Solskjaer keen to continue his revolution of the club’s midfield which has already seen Bruno Fernandes come in and make an instant impact. 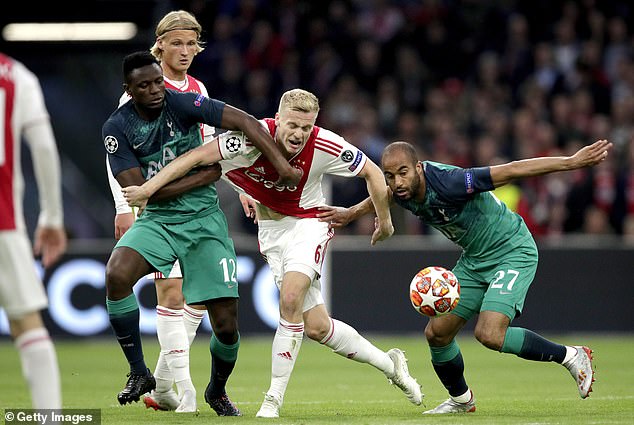 Juventus are third favourites in the hunt for Van de Beek who upon joining the Bianconeri would be reunited with his former Ajax team-mate De Ligt.

Since his Champions League exploits last term, Van de Beek has continued to star for Ajax this season, scoring 10 goals in 37 games while also providing 11 assists.

His existing deal at the Johan Cruyff Arena runs out in the summer of 2022.