Nemanja Matic has leapt to the defence of fellow Manchester United midfielders Fred and Scott McTominay, insisting the pair will have a ‘bright future’ despite recent criticism of their partnership.

McTominay, 24, and Fred, 28, have come under fire at times this season, with some United fans scapegoating their ‘McFred’ midfield combination during the worst days of Ole Gunnar Solskjaer’s reign.

Nevertheless, Solskjaer remained an admirer of the duo up until his dismissal last month, regularly deploying them in the middle of the park ahead of Matic, Donny van de Beek and Paul Pogba.

Ralf Rangnick, the club’s new interim boss, also opted for ‘McFred’ as the midfield base of his 4-2-2-2 setup against Crystal Palace on Sunday, a move which helped them secure a 1-0 victory.

And despite their progress coming at his expense, Matic has heaped praise on McTominay and Fred while suggesting they don’t receive enough of it.

‘I think they’re great people and great for the changing room,’ he said. 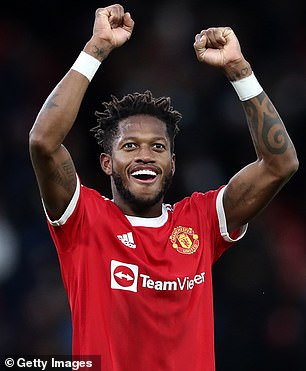 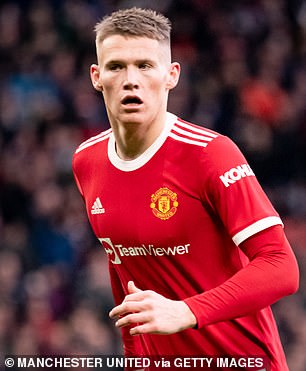 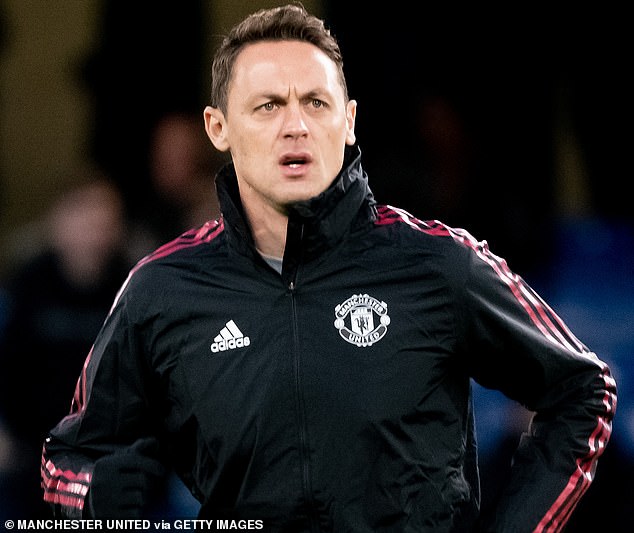 ‘They improve a lot game by game and they don’t get enough praise. People who score goals get praise but sooner or later they will get what they deserve.

‘They give us stability and continue to work in this way. They will have a bright future.’

Rangnick was pleased with what he saw from McTominay and Fred in his opening win over Palace, however he has urged the pair to avoid playing ‘square passes’ in future matches.

‘If you play the way that we played today, with regard to intensity, being on the front foot, playing very proactively, and having four offensive players ahead of Scotty and Fred – with Jadon (Sancho), Bruno (Fernandes), Cristiano (Ronaldo) and Marcus (Rashford) – it’s highly important that you have players who are very disciplined, who are proactively aggressive against the ball,’ the new United boss said.

‘And both Scotty and Fred are almost perfect defensively on that. They did one or two or three mistakes, especially in the first half there were two square passes – one from Scott, one from Fred.

‘I don’t like those kinds of balls in midfield in those positions. But overall, when the other team is in possession of the ball, both Fred and Scotty they are almost perfect for that kind of football.’