Manchester United are set to appoint Sascha Lense as their new sports psychologist, according to reports – as Ralf Rangnick continues his overhaul of Red Devils coaches.

Sportsmail revealed earlier on Monday that former Toronto FC manager Chris Armas is set to join interim coach Rangnick’s backroom staff – with the pair knowing each other from their time together at the New York Red Bulls.

Rangnick has been open to keeping some of the existing coaching team from Ole Gunnar Solskjaer’s reign in place at Old Trafford but did hint at some new faces coming into his team. 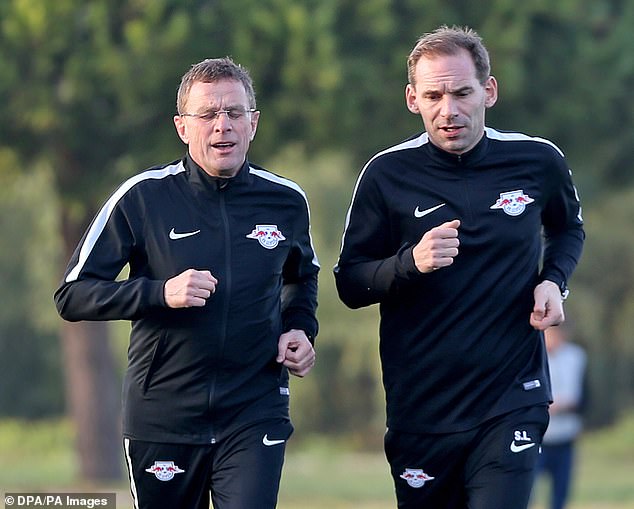 And according to The Athletic, Rangnick will welcome the arrival of psychologist Lense into his coaching team – not as a medical professional – and while he has met the United players, he has not received his visa yet so cannot start working.

German coach Lense had a modest playing career before stepping into the coaching world. The 46-year-old has managed Germany’s Under-17s team in the past but is best known for his sports psychologist work at several German clubs.

Lense’s first known job is a coaching stint at Dynamo Dresden before linking up with Rangnick at RB Leipzig during the 2015-16 season. He spent three years at the Red Bull outfit before returning to Dresden for the 2018-19 season.

The German then moved to Schalke during the following season but left the club last year as the Gelsenkirchen club were relegated to the German second division. 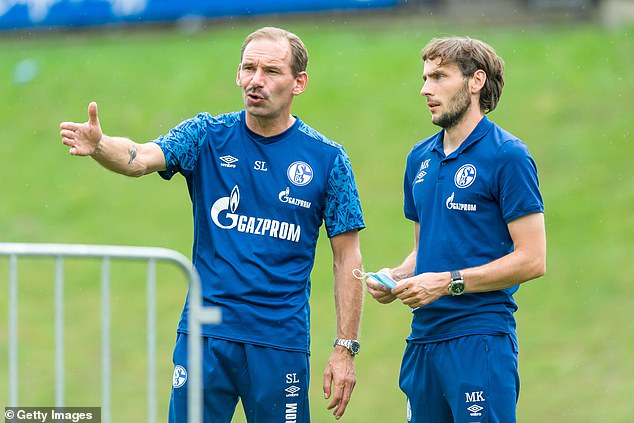 Meanwhile, United are set to confirm the appointment of coach Armas to Rangnick’s team in the coming days.

Armas was fired by the MLS club in July after less than six months in charge, with Toronto suffering a 7-1 defeat to DC United – the worst loss in the club’s history – in his final game in charge.

Armas will look to redeem himself at Old Trafford after being recruited as the first new member of Rangnick’s backroom staff. Rangnick was the head of sport and development for Red Bull’s clubs in New York and Brazil while Armas was worked as head coach of the American team.

According to ESPN, Armas was given his work permit on Monday morning after initially being denied one for not having a UEFA Pro License. 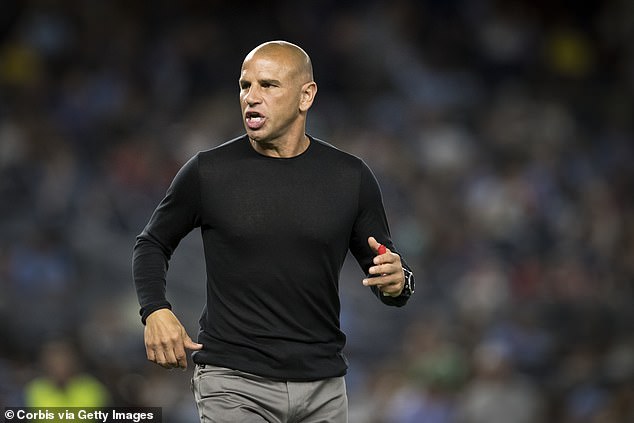 Having won his appeal, Armas will now line-up alongside Rangnick in the Manchester United dugout as the German’s assistant manager.

The American, who played for his country and Puerto Rico internationally, will need to prove himself to the Old Trafford faithful after a miserable spell in Canada, having recorded one win, two draws and eight losses in MLS.

As a result, Toronto found themselves bottom of the table – having suffered six consecutive defeats – before Armas was given his marching orders.

Nevertheless, he did enjoy a successful spell at New York Red Bulls, leading the club to the Supporters’ Shield in 2018 and the playoffs in 2018 and 2019. 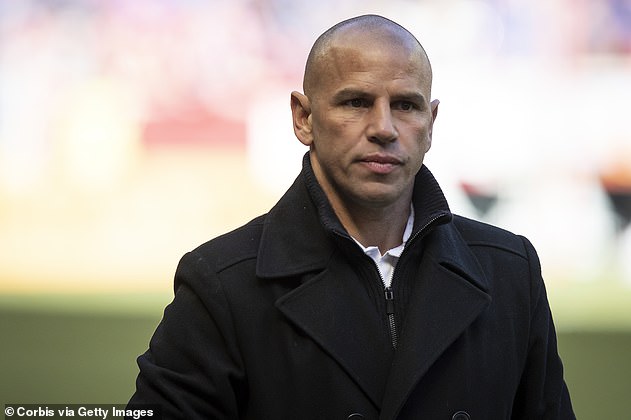 The statistics also showed they had the fastest ball recoveries in the MLS, with the highest press, and played the most direct attacking style – traits accustomed with Rangnick’s methods.

Additionally, Armas enjoyed a successful career as a footballer himself – featuring in 264 matches for LA Galaxy and Chicago Fire.

Armas also earned a total of 66 caps for the US men’s national team, having switched allegiance after winning a handful of caps for Puerto Rico.

Rangnick previously said he would retain the majority of the club’s current backroom staff ‘because I need their experience and expertise.’ However, he did say he would hire ‘one or two’ additional staff members. 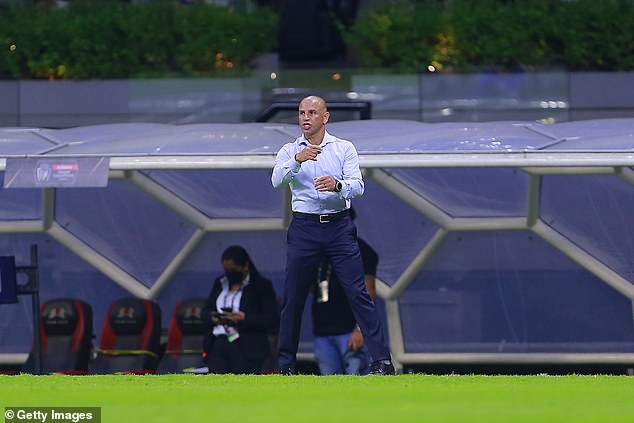 Armas only last six months in his role with Toronto, having been fired after an awful  7-1 defeat

Speaking at his first press conference, Rangnick said: ‘I am more than happy to work with the current coaching staff because I need their experience and expertise regarding the current squad.

‘I will obviously try to find one, two, maybe three people who can join us in the next one or two weeks but due to the Brexit regulations it is not that easy.

‘Many of my former colleagues, no matter if it is video analysts or assistant coaches, are in long-term contracts with big clubs, so they are not available right now. We have to be a little bit smart and clever and find the right people.

‘I hope that we can get them in here in the next one or two weeks but I cannot tell you any names.’ 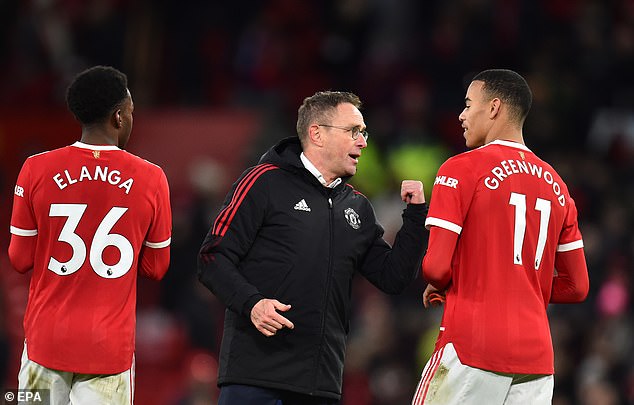 Additionally, Manchester United could face paying out millions to the current backroom staff if Rangnick decided to oust them.

Sources also disclosed that he was followed by the rest of the coaching team, including first-team coach Kieran McKenna and goalkeeper coach Richard Hartis.

Meanwhile, Michael Carrick made the decision to leave Manchester United following his final game as temporary manager of the club – even though Rangnick tried to convince him to stay.