Manchester United are set to complete a deal for highly-rated Barcelona wonderkid Marc Jurado, according to reports.

The 16-year-old right-back is believed to have turned down a new contract at the La Liga giants in favour of a move to Old Trafford.

As well as posting an emotional goodbye message to the Catalans, Jurado recently commented on United star Bruno Fernandes’ Instagram post following the defeat to Sevilla, saying ‘we keep fighting’. 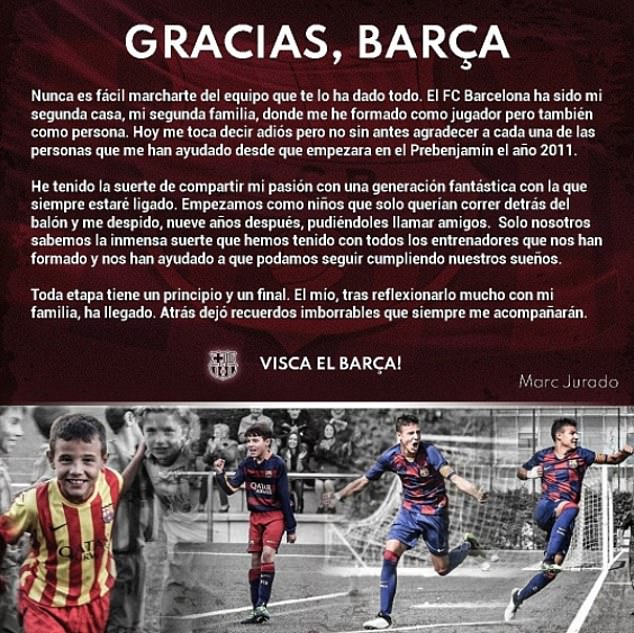 And according to Goal, Jurado’s international clearance is expected to be finalised in the coming days ahead of his move to Manchester.

Under the UK Government’s guidelines, Jurado will need to spend 14 days in self-isolation due to coronavirus health and safety fears before linking up with his team-mates.

The Red Devils are also keen on sealing a deal for Real Madrid teenager wonderkid Alvaro Fernandez, who like Jurado has turned down a new deal in Spain to discuss terms with United. 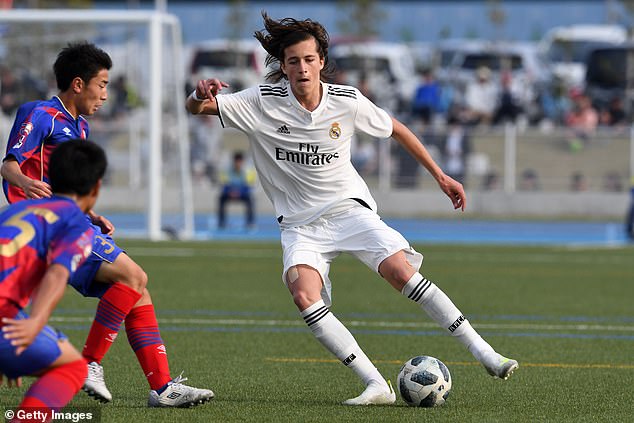 Jurado joins left-back Alvaro Fernandez at Old Trafford, who is set to move from Real Madrid

It is expected that the Spanish youngsters will play for the club’s Under-18 side next season, who returned to pre-season training in July.

Manchester United’s academy has seen the likes of Marcus Rashford, Jesse Lingard and Scott McTominay rise through the youth ranks and into the first-team.

The trio are now important players as Solskjaer looks to take United back to the top of the Premier League table.