Manchester United are set to swerve Gary Neville’s Hotel Football as their attempts to put an end to their transport shambles continue.

Preparations for midweek matches at Old Trafford this season have been hit by the traffic chaos currently gripping Manchester’s roads.

Kick-off for United’s Champions League match with Valencia on October 2 had to be put back five minutes after Jose Mourinho and his men were late arriving from their city centre hotel.

And a switch to the Hilton Garden Inn, at nearby Old Trafford cricket ground, failed to have the desired effect as they again became stuck in jams before their fixture with Juventus three weeks later.

One of the options open to the club was to hold their pre-match preparations at Hotel Football, which is directly opposite Old Trafford and owned by Neville and a number of United legends.

However, Sportsmail understands that, while talks are ongoing, United are most likely to once again stay at the cricket ground and use a more straightforward route to the stadium than the one taken for the Juventus clash, with extra stewards and police being brought in to ensure the road is clear.

Prior to the Valencia clash, United left the city centre Lowry Hotel at 6pm but failed to arrive until 7.16pm because of an ongoing gridlock which has led Greater Manchester Mayor Andy Burnham to call for an urgent review. 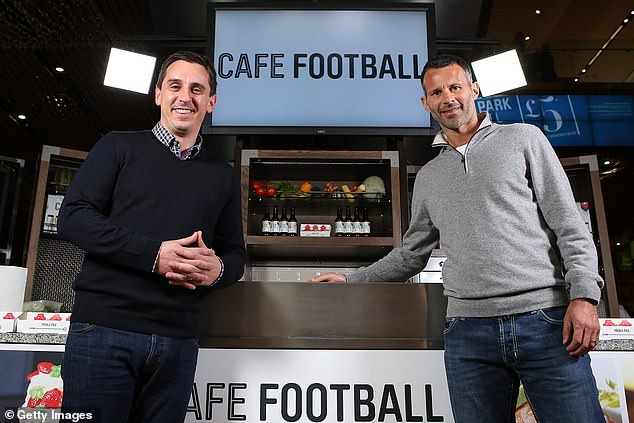 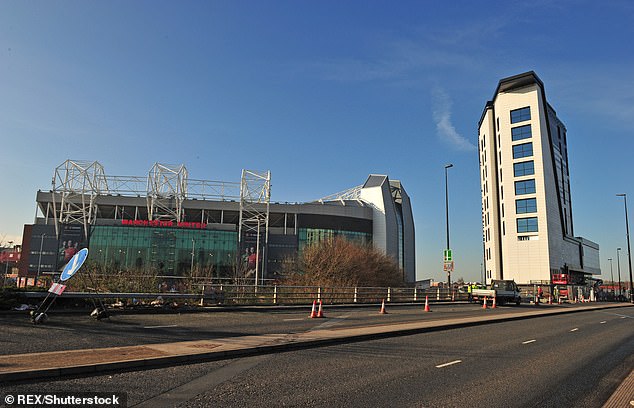 Hotel Football, a short walk to Old Trafford, opened in 2015 and is often fully booked 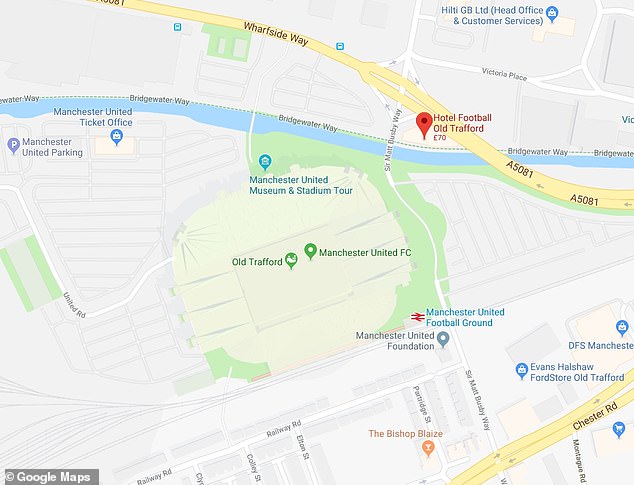 They were eventually fined £13,000 by UEFA for their late arrival and for the late kick-off.

Ahead of the Juventus match, United switched to the hotel at the home of Lancashire County Cricket Club, a mere half-a-mile away from the Theatre of Dreams. However, after again becoming stuck, Mourinho disembarked and made his way on foot to the stadium. As revealed by Sportsmail, a group of players subsequently refused to attend a sponsorship event in protest at the situation.

A stay at Hotel Football, which opened in 2015 and is also part-owned by Class of 92 stars Ryan Giggs, Paul Scholes, Nicky Butt and Phil Neville, would have represented something of a u-turn from United’s hierarchy.

When the 10-storey project went before planners, United objected, claiming that it had insufficient parking. They also vowed to continue to oppose the scheme because of its impact on the area and ‘the club’s holistic vision for the continuing enhancement of the area surrounding the stadium’.