Jose Mourinho was left furious when Paul Pogba interrupted an interview with the BBC after Manchester United’s win over Liverpool, it can be revealed.

Mourinho was speaking to Match of the Day following the 2-1 victory on March 10 when the injured star shook his manager’s hand and shouted ‘come on’.

But despite smiling and appearing to enjoy the celebrations at the time, the United boss later lambasted Pogba for getting involved in his post-match media duties. 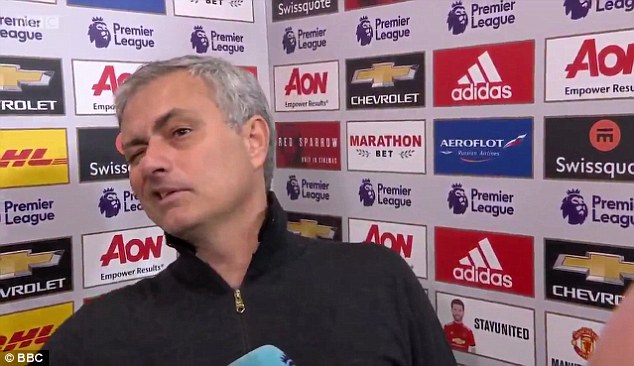 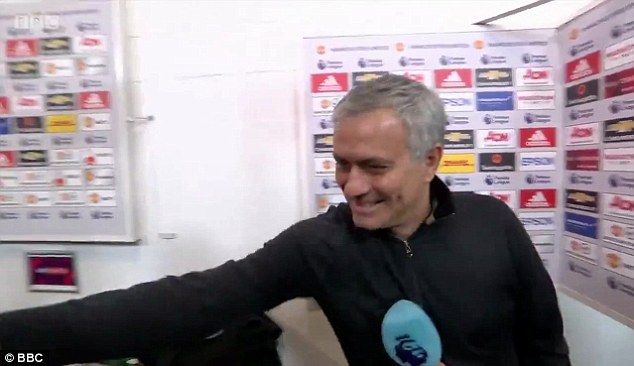 Sportsmail understands that Mourinho was angered by Pogba’s behaviour, which saw the £89million midfielder pull him away from the spot he was standing in.

The former Chelsea and Real Madrid chief laughed off the incident on camera, but was unhappy enough to let Pogba know of his disappointment privately.

Pogba was in the stands at Old Trafford for the win against Jurgen Klopp’s side after suffering a gashed leg in training less than 24 hours earlier.

But despite returning to full fitness soon afterwards, the Frenchman has not started either of United’s two games since interrupting Mourinho. 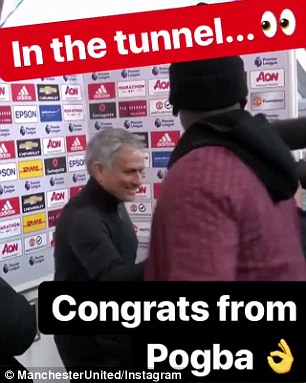 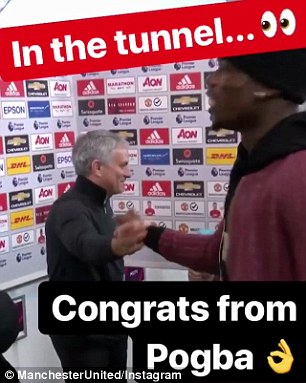 Pogba came off the bench during United’s 2-0 Champions League defeat by Sevilla last week and was left on the bench for Saturday’s FA Cup quarter-final win over Brighton.