Manchester United vs Chelsea: How the FA Cup finalists compare

On Saturday, Manchester United will face Chelsea in the 137th FA Cup Final. United will seek to win the trophy for the 13th time in their history while Chelsea look to win their fourth in the last decade.

After last week’s 3-0 defeat by Newcastle, Chelsea will be hoping to finish the season on a high after missing out on Champions League qualification.

A win for United however would put some gloss on a season which saw the Red Devils secure their best position since Sir Alex Ferguson retired by winning the league in 2013.

But who has the edge? Sportsmail runs down the players position-by-position in a likely starting XI to see how the individuals match up ahead of Saturday’s clash…

On their day, this duo are two of the best goalkeepers in world football.

They are both great shot stoppers and extremely agile, however De Gea has been in a rich vein of form this season, keeping 18 clean sheets in the Premier League which earned him the Golden Glove award.

Courtois has admitted it hasn’t been his best season and he will be determined to put that behind him with an FA Cup winner’s medal. 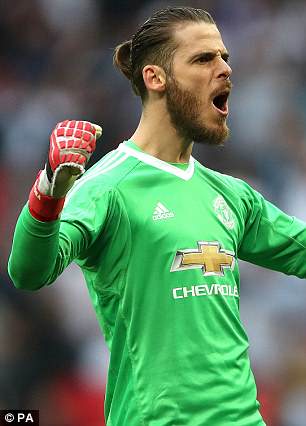 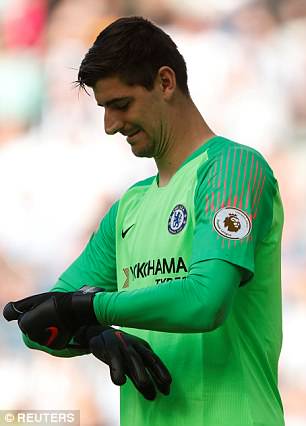 Valencia has had a great season, prompting former Red Devils right back Gary Neville to say that ‘he’s been a star for the last three years’ in response to criticism of the Ecuadorian.

Moses on the other hand has had a mixed season and has been struggling for confidence but in the win against Liverpool earlier this month he showed urgency and more of that will be required on Saturday.

He will also want to make up for his red card in last year’s final which resulted in Chelsea losing 2-1 to Arsenal.

Smalling will feel he has a point to prove after missing out on England’s World Cup squad while Cahill will seek to vindicate England manager Gareth Southgate’s decision to select him.

Smalling has made one of the centre-back positions at United his own in recent weeks after coming in for the injured Eric Bailly earlier in the season.

Cahill hasn’t played as much as he would have liked under Antonio Conte this season but the Chelsea captain is likely to get the nod on Saturday. 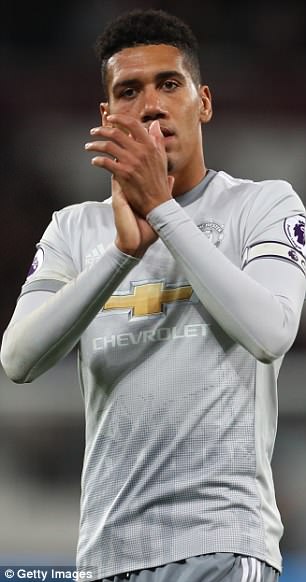 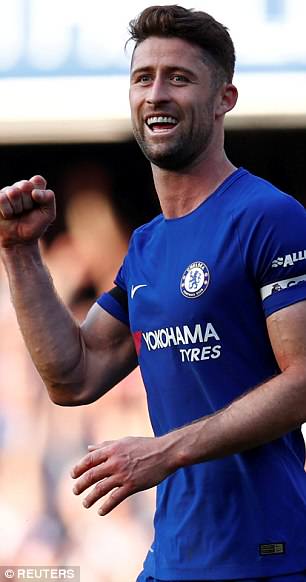 Chris Smalling may feel he has a point to prove, while Gary Cahill will wish he’d played more

Jones is a favourite of Jose Mourinho and when fit is always in the starting XI.

Question marks still linger on Jones’s reliability but if one thing is for sure he will definitely give it his all. Currently not in the frame to start for England so a good performance will do no harm to his chances.

Rudiger has had a fine debut season for the Blues, he goes about his work efficiently and despite not being Chelsea’s first choice defensive target last summer, the transfer has ended up paying dividends.

Very much a fan favourite, they will hope Rudiger can put in another impressive performance.

Young has had a stellar season – his tenacity in defence and the ability to send in a deadly cross makes him a real asset to Mourinho and United.

He is a big game player and will be riding the crest of a wave after his call-up to England’s World Cup squad.

Alonso missed Chelsea’s semi-final victory over Southampton due to suspension but his return is a welcome one. He too has had a brilliant season which led to him being named in the PFA Team of the Year.

Herrera has been struggling for games for much of the season but in recent weeks he has acted as the glue holding the Manchester United midfield together, especially in the wins against Manchester City and Tottenham in the semi-final.

However Azpilicueta has been outstanding all season, finishing second in assists (six) and fourth in tackles (80) by a defender in the Premier League.

He is Chelsea’s best defensive player and will have a big part to play on Saturday.

The winner of this match-up will go a long way to deciding the outcome of the final. At their imperious best, there aren’t many who can compete with this duo.

Kante hasn’t been as influential as he has been in the last few seasons but his work-rate is second to none.

So often Chelsea have turned to Kante to provide inspiration to a team which has been lacking in that department this season. He will need to be at his best if Chelsea are nullify the threat of Pogba and United’s attack. 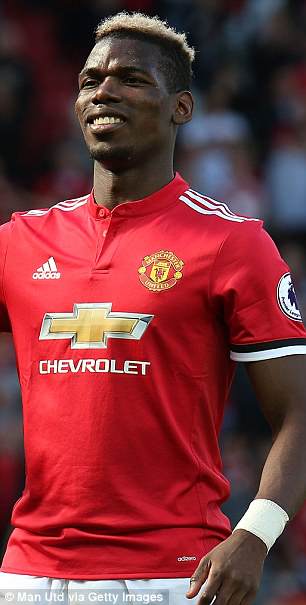 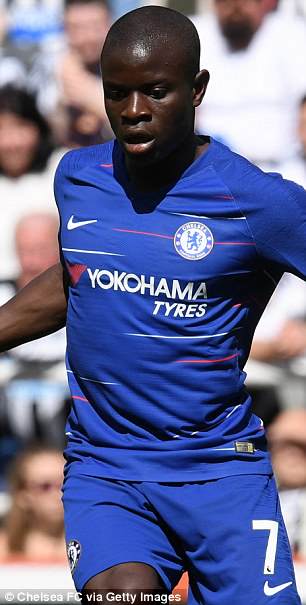 Last year Matic strode out onto the Wembley pitch in Chelsea colours but fast forward a year and the Serb will be wearing the red of Manchester United.

He has proved on many occasions how important he is to United and Chelsea may just be ruing letting him go last summer.

Fabregas will hope to win his second FA Cup, and after passing 50 Premier League goals earlier this season.

A brilliant passer who sits second on the all-time Premier League assists chart behind United legend Ryan Giggs, he will arrive at the final having just got married this week so he should be in good spirits.

Lingard will want to make a big impression on this game after also being selected in England’s World Cup squad.

He has taken the attacking midfield role by the scruff of the neck and may well start at this summer’s World Cup.

An FA Cup win would serve as a confidence booster for him and his English team-mates at United.

Willian has had his best season in a Chelsea shirt, netting 13 goals in all competitions this season whilst also providing seven assists in the league.

Rapid on the counter-attack, he is a dangerous threat on the right flank.

Sanchez has yet to fully settle in at Old Trafford but the Chilean, who won’t be at this summer’s World Cup after his country failed to qualify, will see this game as a huge opportunity to not just silence the critics but lay down a marker for next season.

A truly excellent player when in full flow.

Hazard however has been on another level this year.

The club’s top goalscorer this campaign, he will look to provide creativity and precision and will cause trouble for Valencia and United’s defenders. 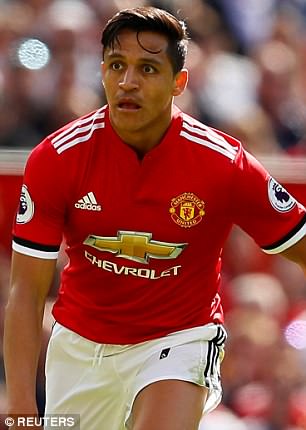 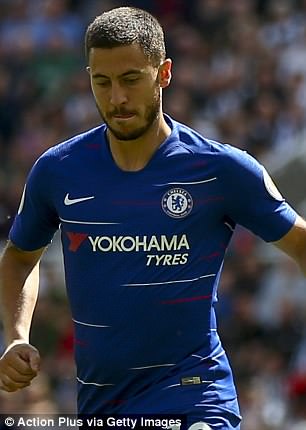 Lukaku has missed the last three games for United with an ankle injury but looks set to return on Saturday in a game which Mourinho insists his side ‘have to win’.

The Belgian has the potential to be the point of difference in the big games but so often he is left wanting. If he hits the ground running Chelsea’s defenders will have a nightmare on their hands.

Giroud has done very well for the Blues since his move from Arsenal in January and scored the first goal in their semi-final win over Southampton.

How Hazard links up with the Frenchman will be crucial, but on the evidence we have seen so far, chances will be created. 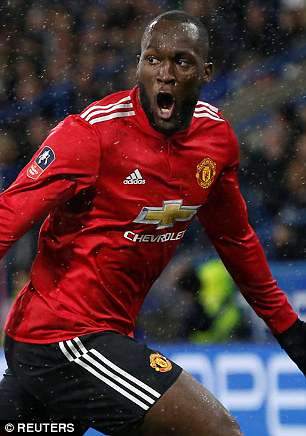 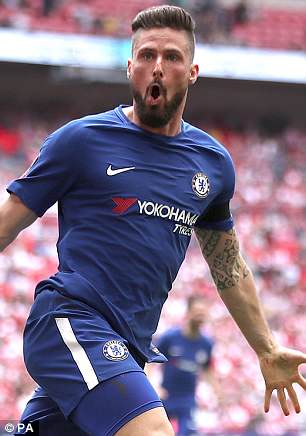