Juan Mata is the unsung hero of Jose Mourinho’s Manchester United side after statistics revealed Jose Mourinho’s men win almost twice as many matches when he is in the starting 11.

The Spaniard left Chelsea for United after he was considered surplus to requirement by then-manager Mourinho.

However, since the Portuguese boss followed Mata to Old Trafford two summers ago, the 29-year-old has gone on to prove his value to Mourinho. 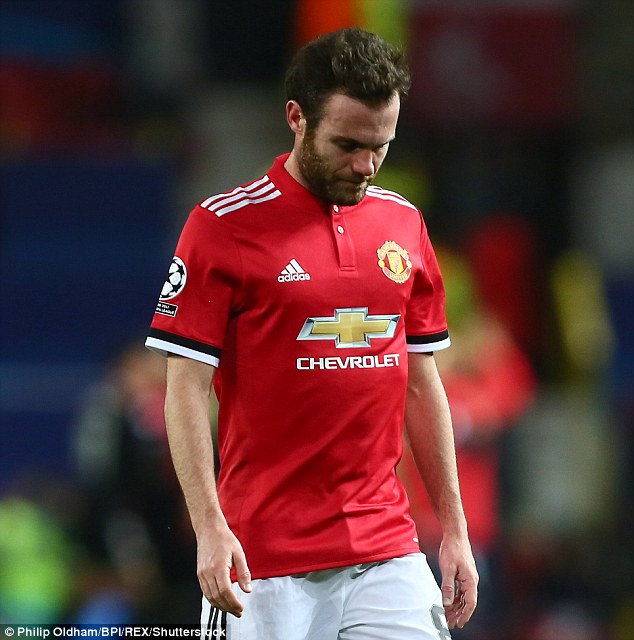 After Starring in Saturday’s victory over rivals Liverpool – which saw them solidify their claim for a spot in Europe’s elite competition next season – many were stunned to find that Mata was to be named as a substitute in a crunch Champions League last-16 tie with Sevilla.

Mourinho and United crashed out suffering a 2-1 on aggregate defeat, with the manager waiting until the 77th minute to call upon the services of Mata. The decision to leave the Spaniard out was made worse given the dismal performance put on by United, with Paul Pogba taking the brunt of the criticisms.

However, Mourinho may have wanted to consider the recent statistics presented by Spanish reporter Eduardo Fdez-Abascal, which show that when he opts for Mata over the likes of Jesse Lingard, who has played big a role in Mourinho’s selection headaches this season, United win 82 per cent of their competitive matches.

However, when Mata is over-looked, as he was in Tuesday night’s Old Trafford showdown, Mourinho’s men suffer.

The numbers do not lie, and this season United have won a mere fraction of their games without Mata in the starting line-up: 47 per cent.

When Mata comes off the bench: 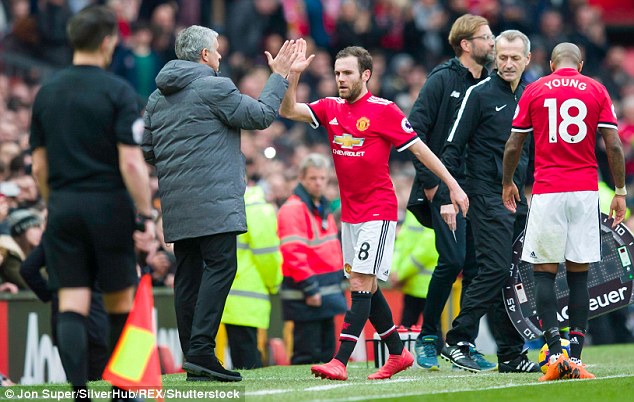 This season, Jose Mourinho’s side have won 82 per cent of matches when Mata starts

While Mourinho’s side have lost once when Mata started in the Premier League – a 2-1 defeat at Huddersfield – they have won 15 of their 19 games with him in the starting XI, as opposed to the five in 11 matches without him.

His impact also extends to European football too, without a Champions League defeat to his name this season (four wins and one draw), while United’s defeat by Sevilla saw their record without Mata’s presence from kick-off drop to one win and two losses.

Many have come forward to sing Mata’s praises as a result of his impact at United this season, with former club legend Gary Neville leading the way following Saturday’s victory over Jurgen Klopp’s Liverpool.

‘There’s signs in the last two games that there’s a team there and Juan Mata’s become more important to connect the team,’ said Gary Neville on Sky Sports.

‘It looks like you’ve got [Marcus] Rashford, [Anthony] Martial, [Romelu] Lukaku but they haven’t got that glue that just knits it together. Mata looks like he might become a very important player. 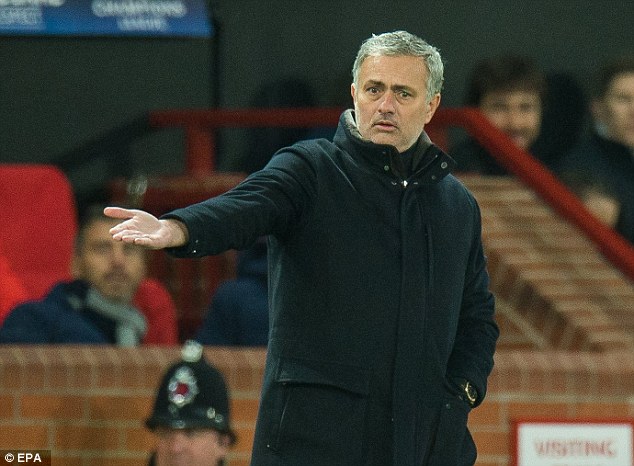