Jadon Sancho refused to give up on a place in England’s squad for the World Cup after firing Manchester United towards a Europa League win in Moldova on Thursday night.

Sancho scored his third goal of the season in United’s 2-0 victory over FC Sheriff in Chisinau after learning that he has been left out of Gareth Southgate’s squad for the games against Germany and Italy.

Those are England’s last fixtures before leaving for Qatar but Sancho still believes he can claim a spot.

‘Yeah, 100 per cent, that is one of the targets,’ he said. ‘It’s unfortunate that I didn’t get the call-up, but I have to just keep focussing on myself and keep on working hard, week in and week out, that’s what I’ll do.’

United boss Erik ten Hag also backed Sancho and Marcus Rashford to continue improving and give Southgate a headache between now and naming his final squad.

‘It’s not up to me, it’s the manager of England,’ said Ten Hag. ‘I cannot be in his seat, I don’t want to do it. They are progressing, they started the season well and they will progress even more, I am convinced of that.

‘Jadon has so much potential. He had a good pre-season and he’s trying to get really fit. He has to keep going with the process.’ 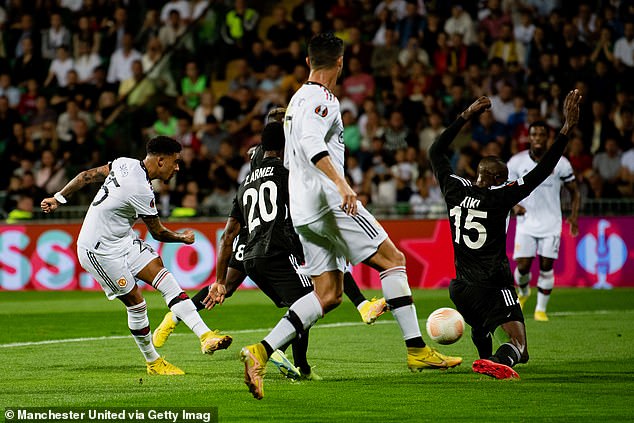 Ten Hag is also convinced Ronaldo has room for improvement after the 37-year-old scored his first goal of the season, having tried to leave United in the summer.

‘We could expect this when you miss pre-season,’ added Ten Hag. 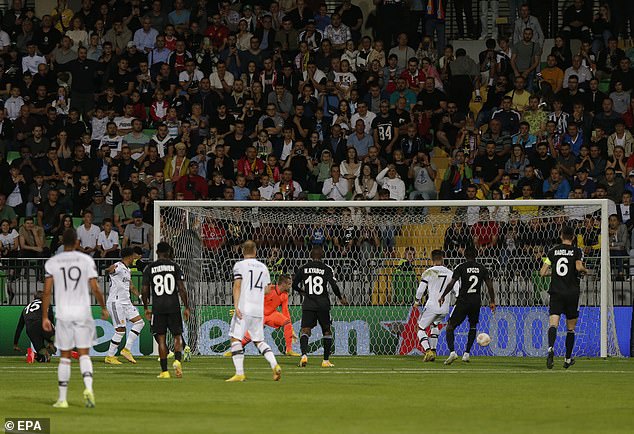 The United manager was happy with the way his team bounced back from an opening Group E defeat by Real Sociedad to beat the Moldovan champions.

‘After the first 10 minutes, we found our formation and we made a great goal for Jadon Sancho,’ he said.

Six hundred United fans made the trip to Chisinau for their club’s first ever game in Moldova which was moved from Tiraspol because of the war in Ukraine. They had a ‘United Against Putin’ banner taken off them by stadium security in the first half. 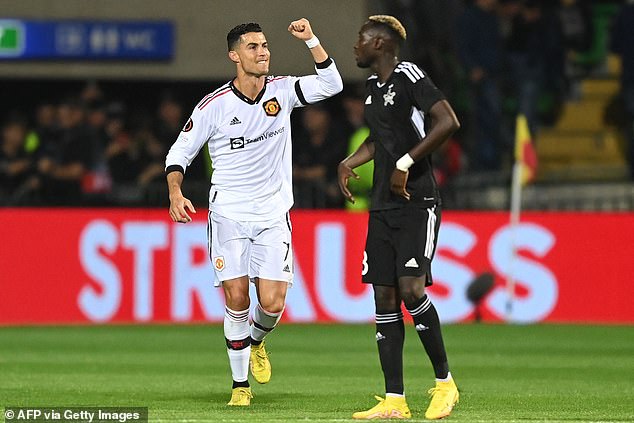